The services, launched in September 2018, have remained suspended since March 23 due to corona. During the launch, the sahayaks were lauded as being the backbone of the ambitious project. 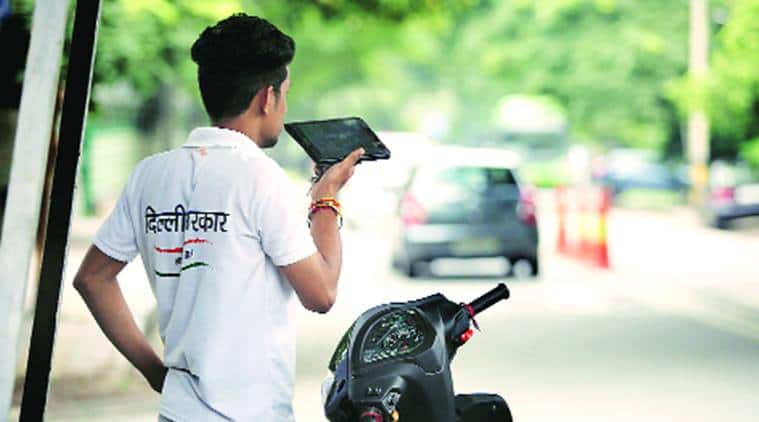 Mobile sahayaks are the last-mile agents who respond to service requests made by people through the helpline, 1076, for services ranging from issuance of caste certificates to driving licenses under the project.

The doorstep delivery of public services in Delhi has run into rough weather, with VFS Global, the private company managing the project, taking cost-cutting measures, including laying off mobile sahayaks, citing the “unprecedented and unforeseen circumstances” caused by Covid-19.

Mobile sahayaks are the last-mile agents who respond to service requests made by people through the helpline, 1076, for services ranging from issuance of caste certificates to driving licenses under the project.

The services, launched in September 2018, have remained suspended since March 23 due to corona. During the launch, the sahayaks were lauded as being the backbone of the ambitious project.

The Delhi government had signed a three-year contract with VFS global, a popular visa processing firm, in 2018 to run the project, under which 100 types of public services are home delivered. The project had received widespread praise following its launch.

However, since March, the company has had to take cost-cutting measures. Senior officials in the Delhi government also said ties between the two sides have been strained.

Revenue Minister Kailash Gahlot, under whom the services come, told The Indian Express: “The doorstep delivery of public services was discontinued to contain coronavirus. The services will be restarted very soon with all the precautions and protocols.” He added that “mobile sahayaks are not engaged directly by the Delhi government”.

Responding to a detailed questionnaire on the number of layoffs and scaling down of the project, VFS Global told The Indian Express that in light of the pandemic, the doorstep delivery service was fully suspended in Delhi on March 23, and “we are awaiting further instructions from the Delhi government”.

“Since this time, we have had to rationalise operational costs in line with reduced project demand and capacity and accordingly, adjust the deployment of a section of the mobile sahayak staff who have been the backbone of this citizen service initiative. We are working closely with our manpower partner to ensure this exercise is done in a responsible manner and in adherence to contractual obligations.

“We are fully cognisant of the valuable contributions and efforts of the mobile sahayaks towards this project, and in that regard, stand committed to meet with our obligations. We continue to work closely with the Delhi government and assess next steps on an ongoing basis,” the VFS Global statement said.

Neither the company nor the Delhi government shared the exact number of mobile sahayaks who have been let go.
Officials also confirmed that VFS Global has pulled out of a contract with Matrix Processing House, which was supplying the mobile sahayaks, who are usually young men paid around Rs 15,000 per month.

VFS Global had told The Indian Express on September 22, 2018 that there were 300 mobile sahayaks employed with them at the time.

While the mobile sahayaks are engaged by VFS Global, the call centre staffers are managed by the Delhi government. Officials confirmed that many sahayaks were laid off even before the pandemic struck.

As much as Rs18 crore was allotted for the scheme in the budget annual for 2019-20. The amount was later revised to Rs 10 crore.

Pressed for a response on the exact number of people let go, VFS Global said in a separate statement that “reorganising the workforce was carried out to the extent of appropriately rationalising the operations keeping in view the unprecedented and unforeseen circumstances”.