The demands include formation of the Indian Medical Service similar to the UPSC, streamlining NEET PG entrance, bond-free medical education, healthcare worker protection act, and hazards allowance among others. 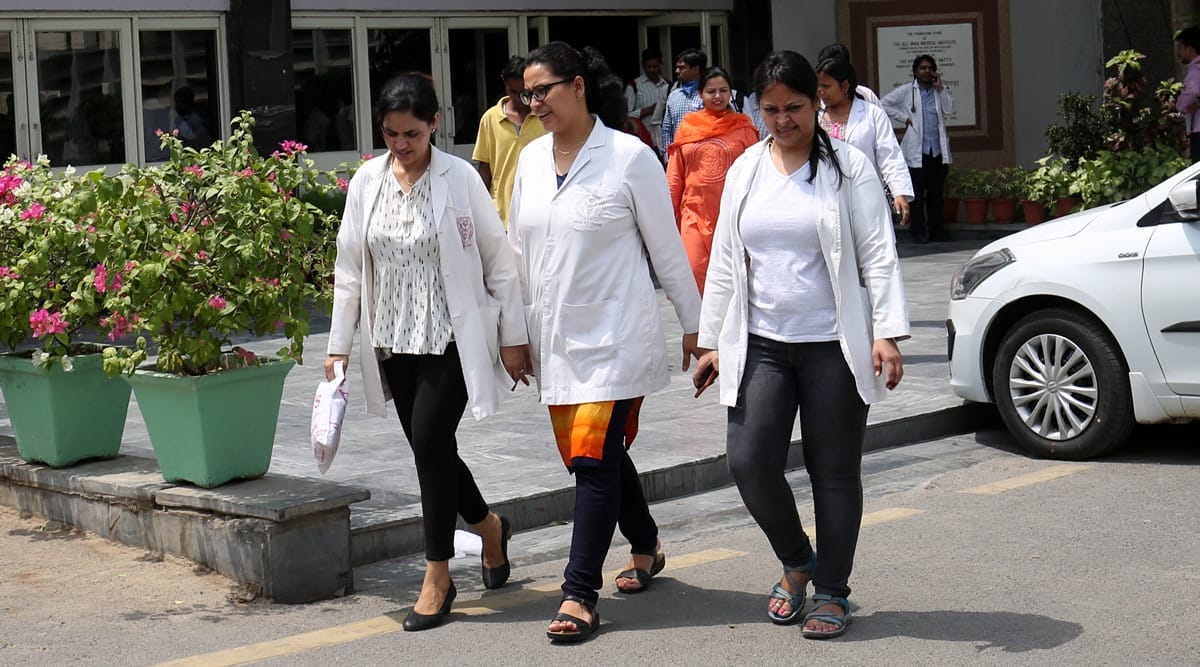 Among other demands, the association also sought an increase in the tenure of existing ad-hoc posts for a minimum of six months. (Representative/Express Photo by Amit Mehra)
Listen to this article
Doctors association submits suggestions to Union health ministry for well being of resident doctors
x
00:00
1x 1.5x 1.8x

The Federation of Resident Doctors Association (FORDA) has submitted a 10-point demand to Union Health Minister Mansukh Mandaviya and the Directorate General Of Health Services (DGHS) requesting them to consider them in order to improve the overall well-being of resident doctors.

Dr Aviral Mathur, president of the association, said during a press conference the formation of an Indian Medical Services cadre is required as doctors will better understand and be solely responsible for the bureaucratic and administrative decisions and redressal of complaints.

“We want a bond-free medical education and it has been a pertinent issue which has been the cause of contention and protests in many states recently. There should be a uniform policy decision on the same,” said Dr Aviral.

He added a healthcare worker protection act will curb incidents of assaults on doctors on duty, which is a growing epidemic because of a lack of proper penalties in place.

Dr Sarvesh Kumar Pandey, the general secretary of the association, said doctors also need a risk hazard allowance. “This is for damages or diseases contracted in the line of duty and a provision of a mandatory health service card to them,” he added.

Dr Sarvesh said the number of contractual posts for doctors in hospitals must be brought down and more regular posts for them should be promoted on a yearly basis. He also said the streamlining of the NEET PG entrance exam is the need of the hour as it has made medical candidates suffer the most because of the coronavirus pandemic and unprecedented delays. “We need to enforce strict guidelines for a uniform counselling process,” he added.

Among other demands, the association also sought an increase in the tenure of existing ad-hoc posts for a minimum of six months and an apex body controlling every facet of medical education so that there are no discrepancies in decision-making among the National Medical Commission, the National Board Of Examinations In Medical Sciences and the Medical Counselling Committee which has seen procedural delays.