Sources at the institute and senior Delhi government officials confirmed to The Indian Express that the project, aimed at combating air pollution in the capital, “did not take off”. 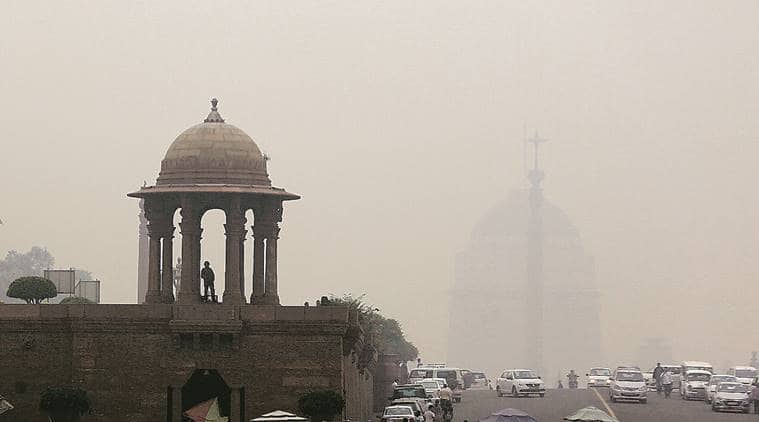 The timeline for setting up two smog towers in Delhi will have to be revised as IIT-Bombay, which was heading the pilot project, has “backed out”, The Indian Express has learnt. Sources at the institute and senior Delhi government officials confirmed to The Indian Express that the project, aimed at combating air pollution in the capital, “did not take off”.

Sources at the Environment Ministry, meanwhile, said IIT-Bombay has not completely backed out but sought a “reduced role” from what had been originally planned.

A senior Delhi government official said, “IIT-Bombay is rethinking its role… There is only one such tower in the world — in Xi’an, China, which the University of Minnesota helped design. But the effectiveness of the tower’s technology is unproven as data is unavailable. IIT-B had submitted a proposal for the project and had been leading it.”

The official also said, “… The project will study the impact such towers would have on air quality. However, the timeline for its completion will be affected now, in addition to the delay already caused by Covid.”

The project, which has a budget of over Rs 36 crore, is funded by the Centre and Delhi government. It was initiated in November following a Supreme Court directive on the need to install such towers in the city.

Under the project — a collaboration between IITs Bombay and Delhi, and University of Minnesota — two towers were to be come up at Anand Vihar and Connaught Place by April 2020, as per a deadline set by the SC. The Anand Vihar tower was to be installed by the Centre, the CP one by Delhi government.

Last week, a Supreme Court bench headed by Justice Arun Mishra expressed “shock” that authorities had still not complied with its January 13 order.

The bench said: “It was directed that smog towers be installed in 3 months… unfortunately, neither the agreement has been entered into nor requisite drawings obtained… there is absolutely no respect shown to the order passed by this court.”

It added, “We direct MoEF (Ministry of Environment) and government of Delhi to collect the drawings, in case the drawings have not been collected so far, and enter into an agreement positively within 7 days and place compliance before this court on the next date of hearing, July 29.”

Prashant Gargava, member secretary of the Central Pollution Control Board, which had been engaging with IIT-Bombay on the agreement for the project, did not deny or confirm messages from The Indian Express on the withdrawal of IIT-Bombay and reasons behind it.

Smog towers are structures designed to work as large-scale air purifiers. They are usually fitted with multiple layers of air filters, which clean the air of pollutants as it passes through them. In the capital, two towers, 20 metres high, were planned to be set up. Each tower was expected to reduce 50% of the particulate matter load in an area of 1 km in the direction of the wind, as well as 200 metres each along its sides and against the direction of the wind.