Shankar is also only one of the two African elephants housed in zoos in India, the second being another male at the Mysuru Zoo. 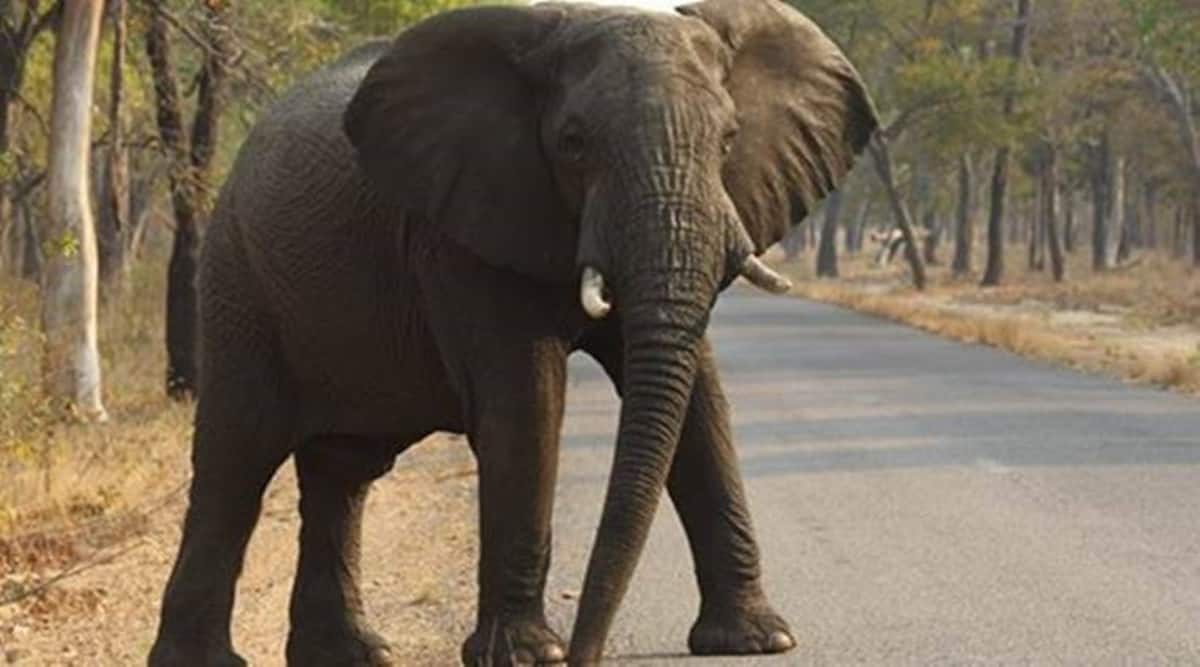 Justice Waziri observed, “Everything was done in this! I don’t think your forest department has worked this hard on any matter in the recent past, not in living memory”.(Representative image)

Shankar, a 27-year-old African elephant, is the only one of its kind at the Delhi Zoo.

Having arrived in 1998, as a diplomatic gift from Zimbabwe to the Indian President, it has spent over two decades in an enclosure at the zoo alone, far away from its natural home of the Savanna grasslands of Africa. The Delhi Zoo is now exploring options to end its prolonged isolation.

“This was a diplomatic gift, and since then wisdom has prevailed and we have stopped getting African elephants as gifts,” said Sonali Ghosh, Director, Delhi Zoo.

She added, “I have written to parks in Africa on if there is a possibility of finding a mate for the animal, or if they want to take the elephant back. We have sent a team to the Mathura elephant care facility to look at what all can be done in terms of enrichment.”

An online petition was recently launched by the Youth for Animals, an organisation for animal welfare, “to help free Shankar from decades of solitary confinement”. Nikita Dhawan and Nandika Karunakaram, two school students who founded the organisation, have also written to zoo authorities about the matter.

Shankar is also only one of the two African elephants housed in zoos in India, the second being another male at the Mysuru Zoo. Shankar was brought to India with a female elephant, which died a few years after it arrived in Delhi.

Not far from the crowd watching it, Shankar sways from side to side, and shifts from foot to foot, flapping its ears and bobbing its head — movements that lead kids near the enclosure to say it is “dancing.”

A report by the Animal Welfare Board of India on captive elephants in Jaipur, however, notes that it could be a sign of stress. “Elephants were observed to display stereotypical behaviour such as repetitive swaying and head-bobbing ranging from moderate to intense, indicative of extreme mental distress and deterioration,” the report said.

Ghosh, however, said Shankar has been examined by veterinarians: “We have had veterinarians examine the elephant. There is no issue in terms of stress that is impacting the animal. It is an animal that is housed singly. By nature, African animals are solitary and it is not possible to put them with Asian elephants. The elephant at the Mysuru zoo is a male, and we can’t keep two male elephants together. It is also a fairly old animal — moving it from Mysuru to here or from here might cause stress.”

The Central Zoo Authority (CZA) in a document titled ‘Recommended guidelines during stakeholder meetings on elephants’ upkeep in zoos’ in 2013, said, “It is recommended to house elephants in small groups and not as single animals.”

The document also stated that the CZA “bans further intake of elephants (except elephants rescued from the wild, confiscated and old/abandoned/ abused elephants, as mentioned in CZA guidelines on dealing with rescued animals).” The African Savanna elephant is listed as endangered on the IUCN red list of threatened species.

“Elephants are a social species and live in herds, although bull elephants are often pushed out of the herd when they become a nuisance, which means bull elephants need to be housed in strong bullpens, where they are not a danger to other elephants or to people, but they can still communicate with, see and hear other elephants,” said Kartick Satyanarayan, co-founder of Wildlife SOS, that manages the Elephant Conservation and Care Centre at Mathura.

According to a note on Shankar from the zoo, “Unlike the Asian elephant that can respond to commands and training, the African species have never been tamed, nor is there evidence that they can respond to commands. The only way to keep the African elephant is, therefore, modifications in its housing wherein it can get space to move around freely.”

The note adds that the zoo is “embarking on a multi-pronged approach” to provide a “happy stress-free” life for Shankar. Habitat enrichment and work on the enclosure are part of this, besides writing to foreign zoos for finding a suitable mate and for possible exchange.

Satyanarayan said, “The Delhi Zoo has sent teams to the centre at Mathura to understand the requirements of animals. Should the Delhi Zoo feel that the elephant needs to be moved to the Mathura facility, we would have no objection in accepting it, where it can live among other animals of its kind.”

The Mathura facility, however, houses only domesticated Asian elephants.