Delhi Violence: S N Shrivastava was appointed as the new Delhi police commissioner on Friday. The death toll in the communal violence rose to 42 today.

A riot-affected area at Mustafabad in New Delhi on Wednesday. (Express photo/Praveen Khanna)

Kejriwal also took stock of relief and rehabilitation in violence-hit-northeast Delhi and said said 18 SDMs have been appointed in Northeast Delhi. They’re going among the public and talking to them. We’re distributing food on a large scale.

The death toll in Delhi’s communal violence rose to 42 on Friday. With police so far having prepared a list of about 250 victims, including the dead and injured, the figure suggests that one in every three victims suffered bullet injuries — a number that has led to police investigating how so many rioters got access to guns.

Earlier today, S N Shrivastava, who was appointed as Special Commissioner (Law and Order) just three days ago, was given an additional charge of the post of Commissioner of Police in the wake of the riots across northeast Delhi. He will succeed Amulya Patnaik who demits office on Saturday.

Aam Aadmi Party councillor Tahir Hussain, on the other hand, has been booked in connection with the killing of Intelligence Bureau staffer Ankit Sharma, whose body was pulled out of a drain on Wednesday.

“I lived right above the shop with my family of eight. But when the mob came charging, we ran away. My daughter was about to get married. We had jewelry in the house. They came and took everything away,” says Dilshad, whose family is living with distant relatives in nearby Maujpur. His home is now a charred two-room cave. “I don’t think we can live here anymore,” he says almost to himself.  Read more 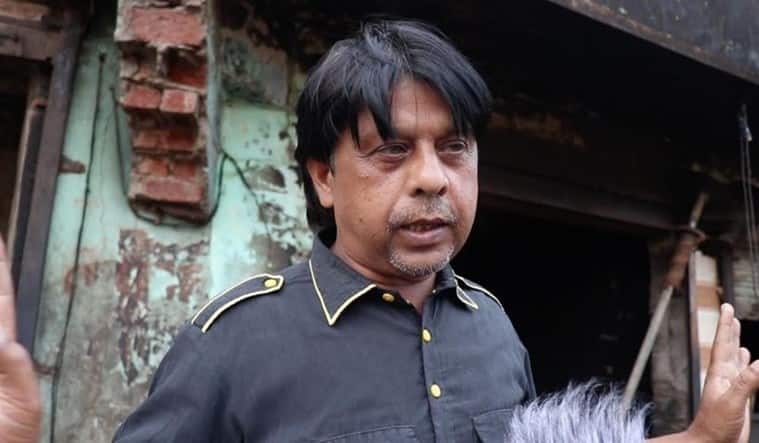 The cybercrime wing of the Delhi Police has warned people against sharing inflammatory social media posts. In a statement, the police said: "In the wake of incidents of stone-pelting, arson and damage to property in some pockets of North-East Delhi area, a lot of hate material is being circulated on social media to flare up communal tension, which is an offence under the law. Delhi Police is constantly monitoring social media and will take strict legal action against those found indulging in it. People are hereby advised not to post anything incriminating. If they come across any such hate material, they may complain at
CYBER HELPLINE – 155260."

The city government schools which were closed in view of violence in northeast Delhi and parts of east Delhi will open on Saturday for principals and staff to assess the current situation, officials of the Directorate of Education (DoE) said on Friday. The schools were earlier announced to be closed till February 29. "The schools will open tomorrow for heads and all staff. A meeting of school management committee (SMC) will be convened, during which the present situation will be assessed comprehensively to explore the possibility of creating a conducive atmosphere for conducting board examinations as well as annual school exams," a senior DoE official said.

A Delhi court on Friday rejected the bail plea of former municipal councillor from the Congress Ishrat Jahan, who was arrested in connection with the violence in northeast Delhi over the amended citizenship law.  Additional Sessions Judge Naveen Gupta rejected Jahan's bail plea who was arrested on Wednesday.

Delhi violence: On the spot ex-gratia of Rs 25,000 cash for people whose house were burnt, says Kejriwal

People whose houses are completely burnt down or substantially burnt down will be given on spot ex-gratia of Rs 25,000 cash each from tomorrow afternoon. The balance amount will be assessed within 2-3 days by PWD dept & we'll make an effort to get them their balance cheque.

Addressing a press conference in Delhi, Chief Minister Arvind Kejriwal said injured people who are not being facilitated at government hospitals will be admitted to private hospitals. He also took stock of the relief and rehabilitation and said 18 SDMs have been appointed in Northeast Delhi. They're going among the public and talking to them. We're distributing food on a large scale.

" We've made arrangements for accommodation at our 9 Rain Baseras, & local community centers for people whose houses are completely burnt down or those who can't go back to their home. If needed, we'll also arrange temporary tents for people," he said.

Expressing grief over the loss of lives in Delhi, West Bengal Chief Minister Mamata Banerjee on Friday said, " What happened in Delhi is very upsetting. It should not have happened. Police personnel and an IB officer lost their lives along with several people. The victims' families should be given help and peace should return."

Reacting to opposition's demand of Home Minister Amit Shah's resignation in the wake of violence in Northeast Delhi, she said, " Right now, the problem should be solved, political discussions can take place later."

A Forensic team is inspecting the spot where the body of Intelligence Bureau officer Ankit Sharma was found on 26th February. His body was found in Northeast Delhi's Chand Bagh area. AAP councilor Tahir Hussain has been accused of killing the staffer. An FIR under IPC Sections 302 (murder) and 201 (causing disappearance of evidence) has been registered against him.

Delhi Lieutenant Governor Anil Baijal in Maujpur: 'I have come here to see myself how things are on the ground'

Delhi Lieutenant Governor Anil Baijal interacted with some locals in Maujpur area in northeast Delhi. He said, "I have come here to see myself how things are on the ground". Congress interim chief Sonia Gandhi has appointed a five-member team to visit the riot-affected areas in northeast Delhi and submit a detailed report to her.

Speaking to ANI, Congress leader Kapil Sibal said, "Prime Minister Narendra Modi woke up after 69 hours and appealed for peace and calm in Delhi. He should have done it earlier. But Home Minister Amit Shah made no such appeal. The Home Minister should have visited the affected areas."

The death toll in the Delhi violence has increased to 42.

Additional PRO of the Delhi Police, Anil Mittal, said, "Across the northeast district, there is relaxation in the imposition of Section 144 in northeast Delhi from 12 pm to 4 pm. A similar relaxation was given from 4 am to 10 am today."

Speaking to reporters, newly-appointed Delhi Police Commissioner S N Shrivastava said, "The murder of IB staffer Ankit Sharma was gruesome. We are giving equal importance to all the cases."

BJP president Jagat Prakash Nadda avoided questions posed by the media in Shimla on Friday, PTI reported. In an informal chat with media at former Himachal Pradesh chief minister and Congress veteran Virbhadra Singh's residence, Holly Lodge, Nadda preferred to keep mum when a journalist queried about his reaction to the violence in Delhi. Nadda went towards his vehicle without answering the question.

Delhi violence: US urges India to 'protect and respect' right to peaceful assembly

The US has urged India to "protect and respect" the right to peaceful assembly of people and hold accountable those perpetrating violence following the Delhi riots over the amended citizenship act, saying that Washington has raised the issue at the highest level with New Delhi. “We strongly condemn the recent violence and urge authorities to protect and respect the right of peaceful assembly and hold accountable those perpetrating violence. We call on all parties to maintain peace and refrain from violence,” a State Department spokesperson told PTI. “We have raised these issues at the highest levels and continue to engage the Government of India on issues related to religious freedom,” the official said responding to a question.

One more death was reported at GTB on Friday, taking the toll to 39. Thirty-five deaths have been reported at GTB, one at Jag Pravesh Chandra Hospital and three at Lok Nayak hospital.

A day after police recovered a body from a drain in Jafrabad, three more bodies were recovered from another drain in Gokulpuri Thursday. To ensure no more bodies are left in the drains in the area, police are seeking help from local divers.

Fresh instances of violence were also reported in Northeast Delhi late Wednesday night and early Thursday morning, with one person reportedly being shot at. Police, however, said no major incident of violence has taken place over the last two days. According to residents, a mob that had mobilised in the lanes of Shiv Vihar around 2 am Thursday moved around sloganeering and wielding sticks. A motorcycle was set on fire in one of the lanes and smoke could be seen billowing from it till Thursday afternoon.

On Thursday, Home Minister Amit Shah took a review meeting of the prevailing situation in the capital and noted that there had been no major incident in the last 36 hours. The meeting was attended by Home Secretary Ajay Bhalla, Delhi Police chief Amulya Patnaik and Special CP S N Srivastava.

The Home Minister also made an appeal to citizens not to believe in rumours and said it was the responsibility of Delhi Police to protect people from all communities. “Shah appealed to citizens not to fall prey to the evil designs of miscreants and groups interested in precipitating communal tension… Delhi Police is mandated and obligated to provide security to all sections of society irrespective of caste and religion,” said an MHA statement.