The teachers' body said that they brought issues like the delay in salaries, medical reimbursements etc to Delhi Deputy CM Manish Sisodia’s notice. 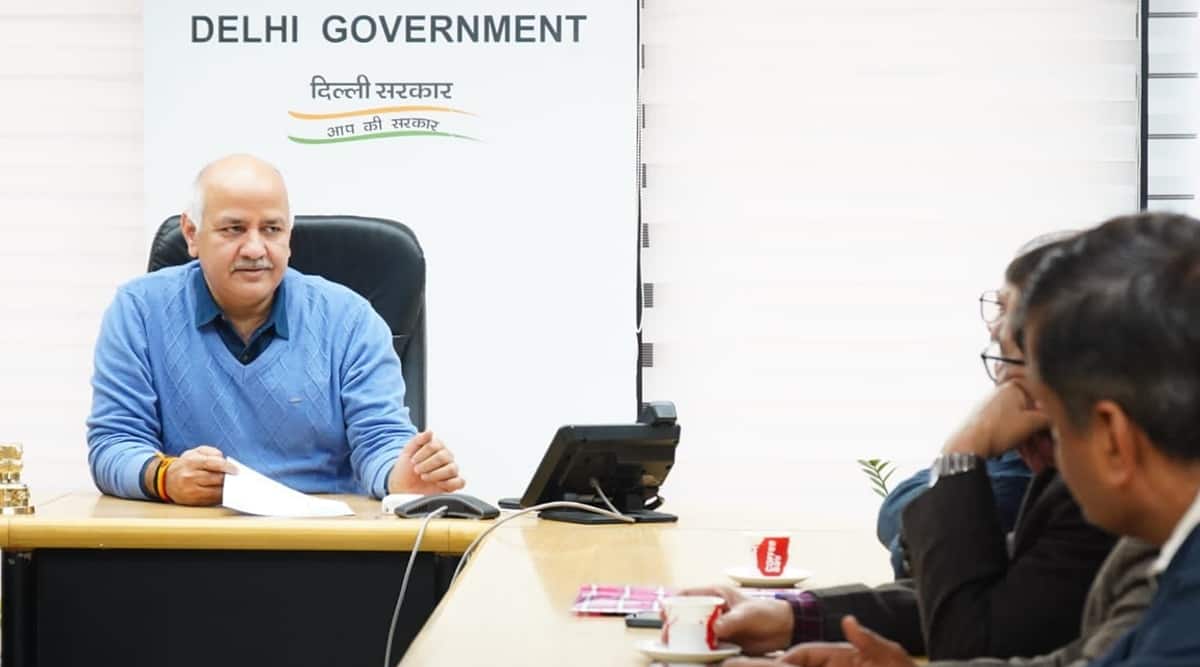 The Academic for Action and Development Delhi Teachers Association (AADTA), a teachers’ body formed by the Aam Aadmi Party (AAP), Tuesday met Deputy Chief Minister Manish Sisodia, who also holds the education portfolio, asking him to address the concerns of the financial crisis in the 12 fully-funded colleges in Delhi University.

“Our aim of the meeting was to resolve the financial problems of the 12 fully-funded colleges. The delay in salaries, medical reimbursements etc were brought to the minister’s notice. Fund crunch in central universities has been highlighted,” Das told The Indian Express.

She added, “The minister has approved the revised estimate and has given the officials directions to release all grants in a regular and timely manner so that no financial problems happen in colleges”.

According to the AADTA statement, “The delegation emphasised that there has been a sharp fund cut for higher education in the Union Budget, whereas the substantive and sharp increase in budgetary allocation for higher education in the Delhi government budget has a steep jump of 62% from ₹403 Cr in 2018-19 to ₹ 651.12 Cr in 2022-23. This has raised the bar of hope and optimism of academicians, faculty, students and parents. Hence, the intermittent delay in the release of funds of the twelve Delhi Govt (100% funded) should not be allowed to undermine this”.

“The delegation brought out the consequences of shifting from grant-based to loan-based funding to the central universities like DU. DU has been forced by MoE-UGC to take a loan of Rs 100 Cr from the Higher Education Financing Agency (HEFA). In addition, IoE has imposed huge financial liabilities on DU.”

Sisodia wrote to the Secretary, Higher Education, about his meeting with AADTA members. “I am told that Delhi Government funded colleges are facing problems on timely disbursement of salaries and related allowances to their staff,” he said.

Sisodia also directed the Higher Education Department to “ensure timely release of funds to all these colleges to avoid inconvenience to faculty and staff”. “In future to resolve all pending issues, the secretary and director, higher education to have a meeting with each government-funded college and submit a duly examined proposal for consideration in time bound manner,” he said in the letter.