What’s in Delhi’s smog: High levels of SO2, NO2, ozone

Delhi air pollution: For carbon monoxide and ozone, levels are above standards prescribed by the National Ambient Air Quality Standards. 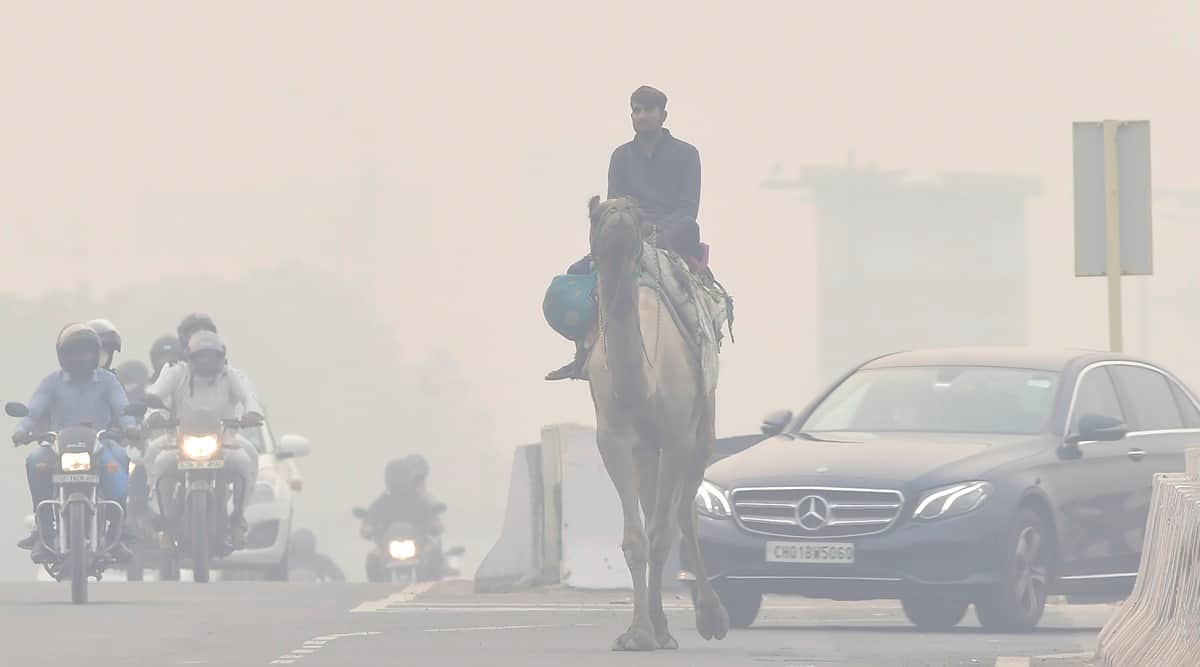 Delhi air pollution: A man rides a camel as traffic plies on a road with headlights on, amid smog in New Delhi. (File/PTI)

While the focus has been on rising levels of particulate matter in Delhi when the city is blanketed in smog, the concentration of gases, including carbon monoxide, oxides of nitrogen, sulphur dioxide, and ozone, has also been higher during the smog period this year, when compared to pre-smog levels, an analysis by the Centre for Science and Environment (CSE) shows.

For carbon monoxide and ozone, levels are above standards prescribed by the National Ambient Air Quality Standards. For sulphur dioxide and nitrogen dioxide, levels have not surpassed the standards but are elevated compared to pre-smog levels. (see box) The analysis also says contribution of farm fires to PM 2.5 levels in Delhi was lower this year. But it goes on to state: “Lingering on of this year’s smog for a longer duration despite relatively windier local conditions might be due to lack of pollution control measures in the city this year.”

“Smoke is a contributing factor for sure. But, this year, on average, it has been less than it was in previous years, mostly due to meteorological conditions. However, pollution levels have not come down despite smoke levels [from farm fires] being low. This shows local pollution levels are high and there is a lack of action on ground…,” said Avikal Somvanshi, Programme Manager, Sustainable Cities Programme, CSE, who is one of the authors of the analysis.

The smog episode, is therefore, considered to be from November 4. The episode has lasted 6 days till November 9 and is continuing, as per Somvanshi, the same as the first smog episodes from 2018 and 2020. While the analysis only considered data till November 9, Somvanshi said PM 2.5 levels remained ‘severe’ for November 10 too. “If conditions don’t improve, it might overtake the 2019 smog that lasted 8 days,” said the analysis.