Pinjra Tod activists Narwal and Kalita, and Students’ Islamic Organisation activist Tanha had been booked under the UAPA anti-terror law for their alleged role in the Delhi riots last year. 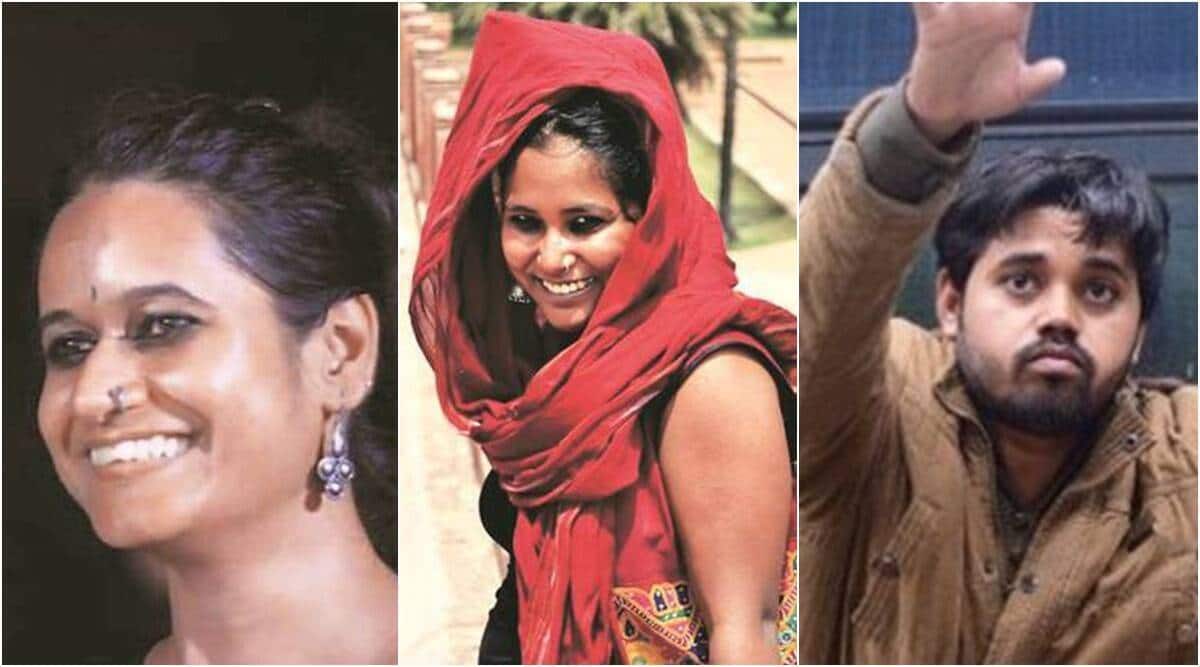 The Delhi High Court, while hearing a plea seeking the immediate release of student activists Natasha Narwal, Devangana Kalita and Asif Iqbal Tanha, has said that the trial court must expedite proceedings and it cannot be an open-ended process.

A bench of Justices Siddharth Mridul and Anup Jairam Bhambani adjourned the matter for hearing at 3:30 pm. The HC said that it will wait for the trial court’s order on the police order seeking extension of time for police verification.

On Wednesday, Bedi had deferred the passing of order on the immediate release citing a “heavy board of bail applications” listed before it. The three accused persons had then approached the HC seeking immediate release.

Senior advocate Siddharth Aggarwal, who appeared on behalf of Tanha, said, “Once an order of bail is passed, it can’t be obstructed for administrative or ministerial reasons. I can be released and they can go ahead with verification. If it is an issue of verification, I am an accused and they surely know where I stay. My address forms a part of their chargesheet…if it found that there is some problem, I will be back in custody.”

To this, Justice Mridul said, “At the highest we can only express that the proceedings before the HC must be conducted expeditiously.”

Aggarwal told the HC that “by not taking a decision on the application, the trial court has taken a view”.

Advocate Adit Pujari, appearing on behalf Narwal and Kalita, said, “What the Delhi Police has done is that they have very cleverly verified one surety for each appellant and said that there is an error regarding the second surety. The deficiencies are that they did not record the statements of the sureties or neighbours and these were pointed out when they came to our sureties’ houses.”

“Obviously we expect the trial court to expedite the proceedings…This has to be done at a reasonable time. This cannot be an open process,” Justice Mridul said.

Special Public Prosecutor Amit Prasad told the HC that imputations are being passed on the state, however, they were only following orders of the court.

Prasad had told the HC: “The bail bond was given at 4:10 (pm) the Special Cell got it at 5.30. We were expected to file the report by 1 pm (next day). All the verification had to be done by one day…during verification certain glaring facts have come. We are not obstructing the release. We don’t have magical powers to verify from Assam and Jharkhand, addresses have certain glaring discrepancies.

Following the HC order, the three students moved applications in a city court for their immediate release on bail. But on Wednesday, police told the court of Additional Sessions Judge Ravinder Bedi that they would be able to file the verification report only by June 22.

In its application, police urged the court to direct the UIDAI to submit a report on the verification of the Aadhaar cards of the accused. The application stated that the three accused are residents of places outside Delhi. “The outstation permanent address verification of all accused persons is pending due to paucity of time,” it stated.