Khalid Saifi and several other prominent activists, including Sharjeel Imam and Umar Khalid, have been booked under the anti-terror law Unlawful Activities (Prevention) Act (UAPA) and provisions of the Indian Penal Code for allegedly being the "masterminds" of the February 2020 riots 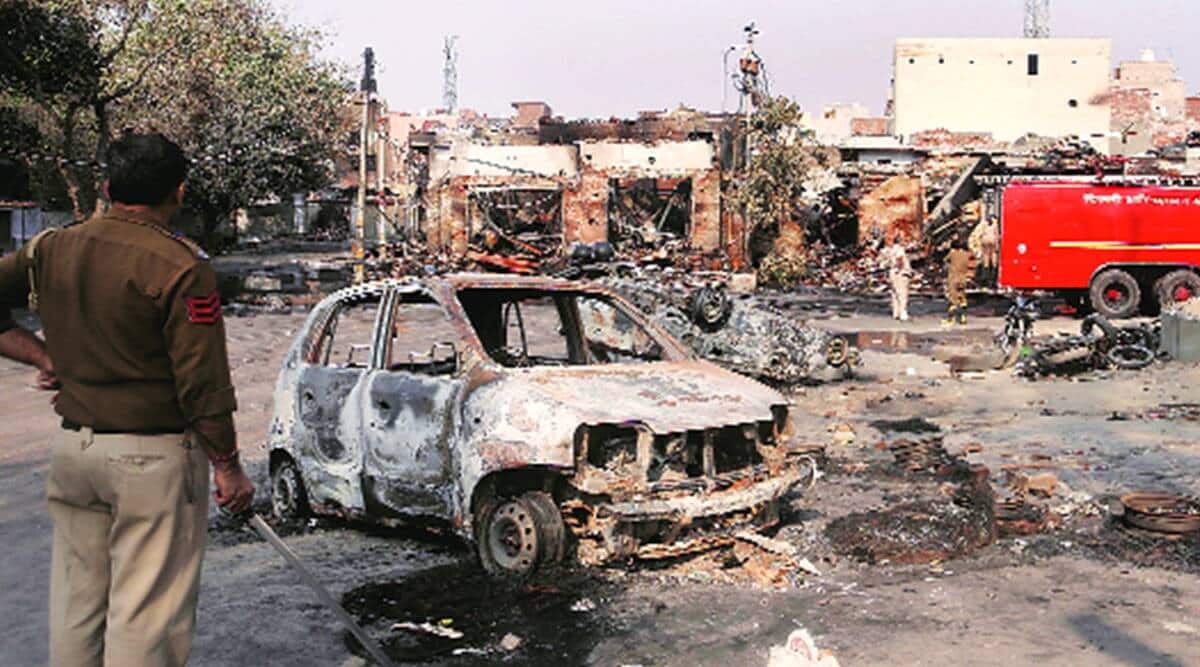 In Delhi riots case, United Against Hate (UAH) founder Khalid Saifi told the Delhi High Court that his case is not based on evidence but “frightening and alarming phrases” put forth by police and insisted he cannot be kept in indefinite incarceration (Representational pic/Express-file)
Listen to this article
Delhi Riots: Case based on alarming phrases; can’t be jailed indefinitely, Saifi tells HC
x
00:00
1x 1.5x 1.8x

Seeking bail in a UAPA case related to the alleged conspiracy behind the 2020 riots, United Against Hate (UAH) founder Khalid Saifi told the Delhi High Court on Wednesday the case is not based on evidence but “frightening and alarming phrases” put forth by police and insisted he cannot be kept in indefinite incarceration.

The senior counsel appearing for Saifi argued before a bench of Justices Siddharth Mridul and Rajnish Bhatnagar that prejudice was being created by the Delhi Police against him when not even a prima facie case was made out.

The court was told the whole FIR was set up on the “opinion of two-three men sitting in special cell office”. The counsel claimed the 42-year-old has not committed any violence but was himself a “victim of custodial violence”.

“What gives them (police) the right to say that seeds of hate were planted by United Against Hate who were in fact united in hate (UAH). This is the prejudice that they are seeking to create and this is what I am seeking to contest. This is the basis of their conspiracy theory which is so grand.

“(It is) Not based on evidence but based on usage of frightening and alarming phrases, completely unsupported by evidence. Is the investigating officer giving some kind of speech which is masquerading as evidence?” argued senior advocate Rebecca John, appearing for Saifi.

“The whole case set up in 59 (FIRs) is based on the opinion of two-three men sitting in special cell office, where they are giving meanings to (WhatsApp) messages….. This is not evidence. Opinion of investigating officer is not evidence,” she asserted.

Khalid Saifi and several other prominent activists, including Sharjeel Imam and Umar Khalid, have been booked under the anti-terror law Unlawful Activities (Prevention) Act (UAPA) and provisions of the Indian Penal Code for allegedly being the “masterminds” of the February 2020 riots in the North-East Delhi which left 53 people dead and over 700 injured.

The violence had erupted during the protests against the Citizenship Amendment Act (CAA) and National Register of Citizens (NRC).

John had earlier submitted the UAH was formed as a platform to campaign against the politics of hate and the WhatsApp chats, which form the basis of the Delhi police’s case against Saifi, “have to be taken in their totality”. She said his contribution in those groups has also to be seen.

During her submissions on Wednesday, John said the role of Khalid Saifi had to be distinguished from that of co-accused Umar Khalid who was recently denied bail by the bench and that he had no connection with co-accused Sharjeel Imam.

The worst case against him, John added, can be that he participated in the local protests against CAA and NRC at Khajuri Khas, which is “neither criminal nor unconstitutional” and that his organisation, UAH, was not a banned organisation.

“Umar Khalid was accused of giving provocative speeches –right or wrong is for the courts to decide. I have not given any provocative speeches… I have no connection with Jafarabad or Chand Bagh protest site where is it alleged that Umar Khalid has some connection. Khureji Khas, unlike Chand Bhagh and Jajarabad, was not the seat of violence,” the senior lawyer submitted.

“I have no connection with Sharjeel imam and by connection I don’t mean some random call. You have to show something more than that. Just because we are part of same WhatsApp group or because Sharjeel Imam said UAH has been given a call, it doesn’t show any tangible connection between the accused so as to invoke the charge of conspiracy,” she asserted.

The senior lawyer told the court that Saifi’s co-accused Ishrat Jahan has been granted bail in the case and he has also been discharged in another riots case.

“The allegation that I was involved in violence is falsified by the video and the medical record… The video shows that I was picked up while walking on the road by a group of police officers and I am walking to the police station. As I said, I have not committed any violence but I am a victim of custodial violence,” she said.

John said Saifi has been in custody in the present case since March 2020 and “even now the case is at the stage of documents”.

“I don’t know if this case will ever get over during my lifetime …Can we keep a person in indefinite incarceration, waiting for them to prove a case which they may not ultimately prove,” John argued as she emphasised that the trial court is “not a mouthpiece of prosecution” and has to apply its mind to the material before it.

It was also argued that the allegation that funds were received by the accused for the conspiracy to engineer riots is false and he has committed no act to show clear and conscious concurrence with other co-accused.

“None of the allegations even prima facie make out a case of conspiracy and therefore court can even under UAPA pass an order granting me bail,” John argued.

The matter will be heard next on December 8 when the prosecution starts making its submissions.

On October 18, the bench headed by Justice Mridul had refused to grant bail to Umar Khalid in the same case, saying he was in constant touch with other co-accused and allegations against him were prima facie true.