FIR against JNU students who ‘broke into library, manhandled guards’

Police said the group had gathered outside the library and protested in front of the gate. They asked the guards to open the gates, but we’re denied. 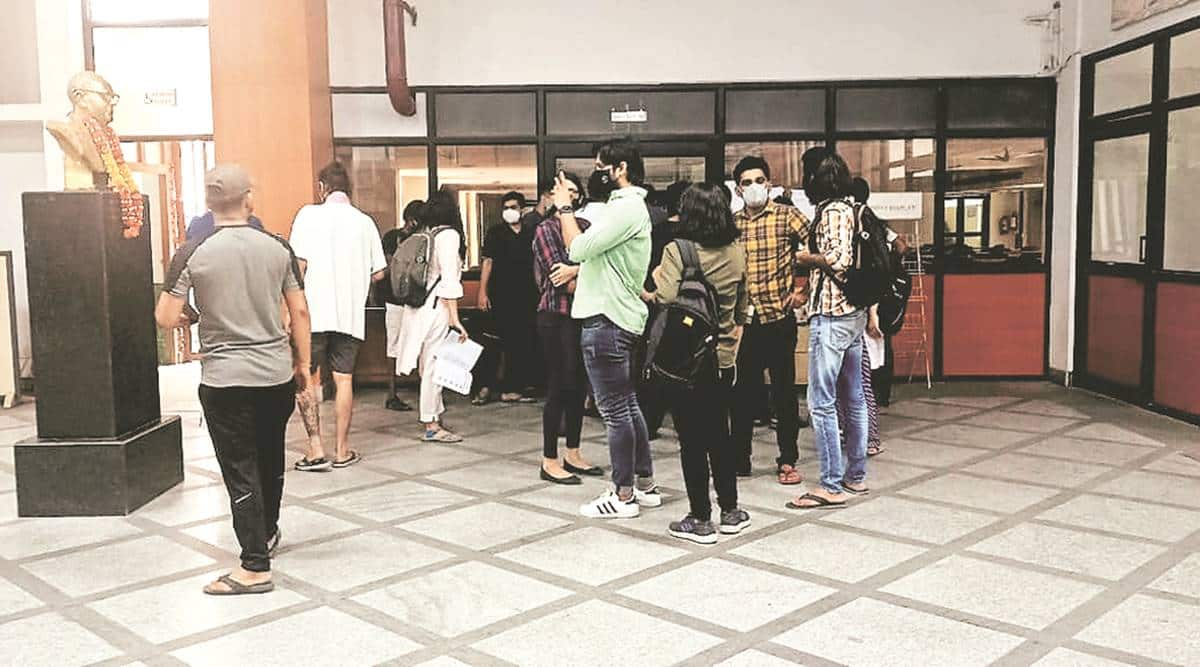 According to the JNU Registrar, the students had occupied the library space and were not permitting staff to carry out sanitisation.

Delhi Police has registered an FIR against a group of 35-40 JNU students who allegedly broke into the Central Library and manhandled security guards. The library is currently closed to students due to the pandemic.

The incident took place on Tuesday around 10.40 am. According to the JNU Registrar, the students had occupied the library space and were not permitting staff to carry out sanitisation. Hitting out at the move, the JNU students’ union demanded that the administration reopen the library and restart services at the earliest.

Police said the group had gathered outside the library and protested in front of the gate. They asked the guards to open the gates, but were denied.

In a statement issued on Tuesday, JNU Registrar Ravikesh had said: “This is to inform the JNU community that a group of students scuffled with security staff, broke open the side glass door of the BR Ambedkar Library, entered the main reading room of the building on June 8, 2021, and have occupied the space since then. They do not vacate the library building even during the night. This has caused health risk for library staff and even other students residing in the hostels…

“… It is underlined that the curfew imposed by the Delhi government is still in place and no new guidelines have yet been announced regarding resuming normal academic activities,” he said, adding that the Chief Proctor Office has been tasked with taking disciplinary action against these students as per university rules.

The JNUSU said in a statement, “The administration must withdraw the FIR, and focus on actual issues faced by the JNU community. We also extend our solidarity with students named in the FIR and demand that the JNU administration and Delhi Police immediately withdraw the false complaint.”