Delhi-NCR News Today, Delhi News Highlights November 1, 2022: "I appeal to all the yoga teachers to continue the program. I will not the let the classes stop. Even if I will have to beg in streets to provide yoga classes to the people of Delhi, I will beg." Kejriwal said. 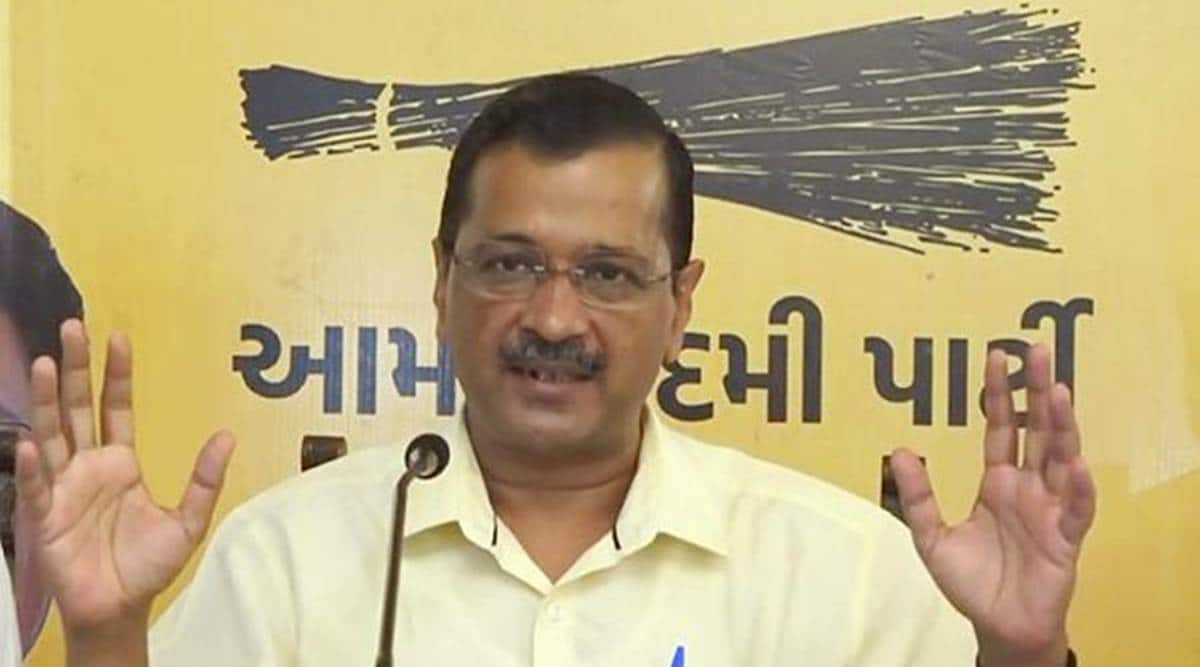 Delhi News Highlights: Delhi Chief Minister Arvind Kejriwal today said the yogshala programme will continue in the city despite L-G’s disapproval. Alleging the BJP has stopped the programme using political pressure on officers and bureaucrats, the Delhi CM said yogshala program had around 1700 attendees at 590 parks with some of them going through post covid complications.  “I appeal to all the yoga teachers to continue the program. I will not the let the classes stop. Even if I will have to beg in streets to provide yoga classes to the people of Delhi, I will beg.” Kejriwal said.

Meanwhile, two persons lost their lives in a fire that broke out at a footwear factory in Narela on Tuesday morning. A call about the incident was made around 9.30 am. Delhi Fire Services said they rushed to the spot with 10 fire tenders. The fire has been doused now.

In other news, Delhi’s 24-hour average air quality index (AQI) was in the ‘severe’ category on Tuesday, according to data from the Central Pollution Control Board updated at 9.10 am. The national capital recorded an average AQI of 426 at 9.10 am. AQI between 401 and 500 is considered to be ‘severe’.

Tanwar, who was 20 at the time, was shot on a foot-overbridge in Satya Niketan area of South Delhi on March 8, 2011. The deceased was a resident of Naraina village and a BA second-year student at Ram Lal Anand College. During investigation, it was found that Tanwar had been shot in her back by Vijay Saini, who “used to follow the deceased a few years prior to the incident”.

A division bench of Justice Mukta Gupta and Justice Anish Dayal observed that the prosecution had been able to prove the guilt of the appellant (Saini) beyond reasonable doubt and held that the death of the deceased was “clearly homicidal in nature caused due to firearm injury”, evident from the testimony of the doctor who conducted the post-mortem. Malavika Prasad reports

3,024 flats in Delhi’s Kalkaji to be inaugurated by PM Narendra Modi soon

Prime Minister Narendra Modi would inaugurate 3,024 new flats for the economically weaker sections (EWS) at Kalkaji in South Delhi on Wednesday, the Prime Minister’s Office said in a statement Tuesday.

The PM would hand over the keys to some of the beneficiaries of the in-situ slum rehabilitation project at an event at Vigyan Bhawan, the PMO said.

“In line with the vision of the Prime Minister to provide housing for all, in-situ slum rehabilitation in 376 jhuggi jhopri clusters is being undertaken by Delhi Development Authority (DDA). The objective of the rehabilitation project is to provide a better and healthy living environment to the residents of JJ clusters, with proper amenities and facilities,” the PMO said. Read more

A single judge bench of Justice Amit Bansal said that he was of the prima facie view that the confidentiality clause stated in Hockey India’s Code of Conduct has been breached by the publisher seeking to publish certain portions of the book pertaining to certain players. He observed that grave and irreparable injury will be caused to the players if the portions in question come out in public domain. Read more

A notice for a fine of Rs 5 lakh has been issued to L&T for violation of the construction ban in Delhi, said Environment Minister Gopal Rai Tuesday.

After inspecting a construction site near Rouse Avenue, Rai said, “Construction material was lying uncovered. On inspecting the site, we found that stone cutting work was still happening here. L&T is doing work here. Complete violations of the orders of the Commission for Air Quality Management (CAQM) were found here. A notice has been issued to L&T for a fine of Rs 5 lakh and they have been asked to stop the work.” Read more

"Kejriwal says that he will prepare for the next pollution wave but Delhiites kept asking for oxygen but he didn’t do anything," said BJP's national spokesperson Gaurav Bhatia at a press conference on Tuesday.

He also claimed that Kejriwal was "playing with the health of the people", and told him to "resign if you can’t resolve the pollution problem."

Bhatia asked, "When central govt is providing the facility to states why nothing has been done by Kejriwal and Bhagwant Mann," and called the two CMs "irresponsible leaders."

"It’s a criminal negligence on behalf of Kejriwal," he added.

The Supreme Court Tuesday listed for November 14 a PIL (Public Interest Litigation) seeking a judicial probe into the recent collapse of the suspension bridge over the Machchhu river in Morbi, Gujarat that resulted in the death of more than 130 persons.

Advocate Vishal Tiwari who filed the plea was mentioned before a bench presided by Chief Justice UU Lalit.

Responding to a query from the bench, the petitioner said he was primarily seeking a probe by a retired judge into the matter. He added that there are similar old bridges and monuments in different parts of the country and sought directions to the state governments to form committees to survey and conduct a risk assessment of these structures. Read more Free yoga classes to start in Gujarat if AAP comes to power: Kejriwal

On Conman Sukesh Chandrashekhar's letter to LG alleging he gave money to AAP leader Satyendra Jain as protection money, Delhi Chief Minister Arvind Kejriwal said BJP is planting a fake, false and fabricated story to divert the attention from Gujarat Morbi Bridge Collapse. "Before the Punjab Election, they brought Kumar Vishwas. You people are only showing that He has conned many people by posing himself as PM, CM and big actors and personalities. How can you believe him. This is just BJP's tactics to divert people's focus from Gujarat Collapse." Kejriwal said.

Delhi Chief Minister Arvind Kejriwal today said the yogshala programme will continue in the city. Alleging the BJP has stopped the programme using political pressure on officers and bureaucrats, the Delhi CM said yogshala program had around 1700 attendees at 590 parks with some of them going through post covid complications.

"I appeal to all the yoga teachers to continue the program. I will not the let the classes stop. Even if I will have to beg in streets to provide yoga classes to the people of Delhi, I will beg." Kejriwal said.

Mitra had tweeted that a TV journalist had furnished Zubair’s bail bond pursuant to which his account was banned and the tweet was deleted. He has sought a direction to twitter to reinstate his account and to the centre to take action against twitter under the IT rules.

The HC has also issued summons in Mitra’s main suit. His counsel has been asked to file an amended memo of parties, indicating only Twitter Inc as defendant.

Awathi argued that Mitra is a fairly renowned public figure and a well respected defence analyst appearing in TV debates.

He argued that Mitra had posted something on twitter in July without disclosing any personal information. “merely for this my account was banned without following IT rules 2021,” awasthi said.

Senior Advocate Sajan Poovayya appeared for Twitter and said that the suit was filed three months after the tweet was made. Awasthi said that he moved three months later due to a death in his family.

Traffic movement to be stopped on Noida Expressway

Traffic stoppage is expected on Noida Expressway around 11 a.m when Pres Draupadi Murmu arrives at the India Expo Centre for   Water Week

Fire breaks out in Narela building

A fire broke out at a building in Narela around 9.35 am. Delhi Fire Services said they have sent 10 fire tenders to the spot. Atul Garg, DFS (Chief) said ' So far, 3 persons have been rescued. It is suspected that 2-3 more person are trapped' The air quality in October this year has seen both extremes, oscillating between ‘good’ at the start of the month and ‘severe’ at the end.

In a major relief to both residential and non-residential property owners, Lieutenant Governor (L-G) Vinai Kumar Saxena recently launched a one-time scheme – called ‘Strengthening and Augmentation of Municipal Revenue for Infrastructure Development in Delhi’ (SAMRIDDHI). This will serve as a one-time property tax amnesty scheme for residents of authorised and regularised colonies in Delhi. Read the deatils of the scheme here

DU admissions: More than 11,000 candidates get upgraded in Round 2 of allotments

A total of 11,649 candidates have been upgraded to higher preference colleges and courses in Round 2 of allotments in the ongoing Delhi university admissions. Around 35,000 candidates had opted to be considered for "upgrading".

Woman dies after being run over by bus in Karol Bagh

A woman trying to cross a road was run over by a bus in Central Delhi's Karol Bagh area Monday afternoon.

Delhi Police are conducting raids at the houses of the Wire's founder Siddharth Vardarajan and editor MK Venu in Delhi. After the FIR was lodged against them and other editors on the complaint of BJP IT cell head Amit Malviya, police will be checking their devices and collecting evidence w.r.t. the investigation. Police said nobody has been detained and the Crime Branch teams are only conducting raids.

The Delhi High Court on Monday directed the Centre to file a “better and comprehensive affidavit” to show that it will ensure adequate security to former Rajya Sabha MP Subramanian Swamy at his private residence in the national capital.

The Centre’s counsel informed a single-judge bench of Justice Yashwant Varma that the government had filed an affidavit of compliance stating that a “joint security review” had been conducted and that the “day he moves to his private residence the entire security set up will also be moved along with him”.

Senior advocate Jayant Mehta, appearing for the BJP leader, submitted that till date no steps had been taken despite the assurance given by the Centre on September 14. Read more here 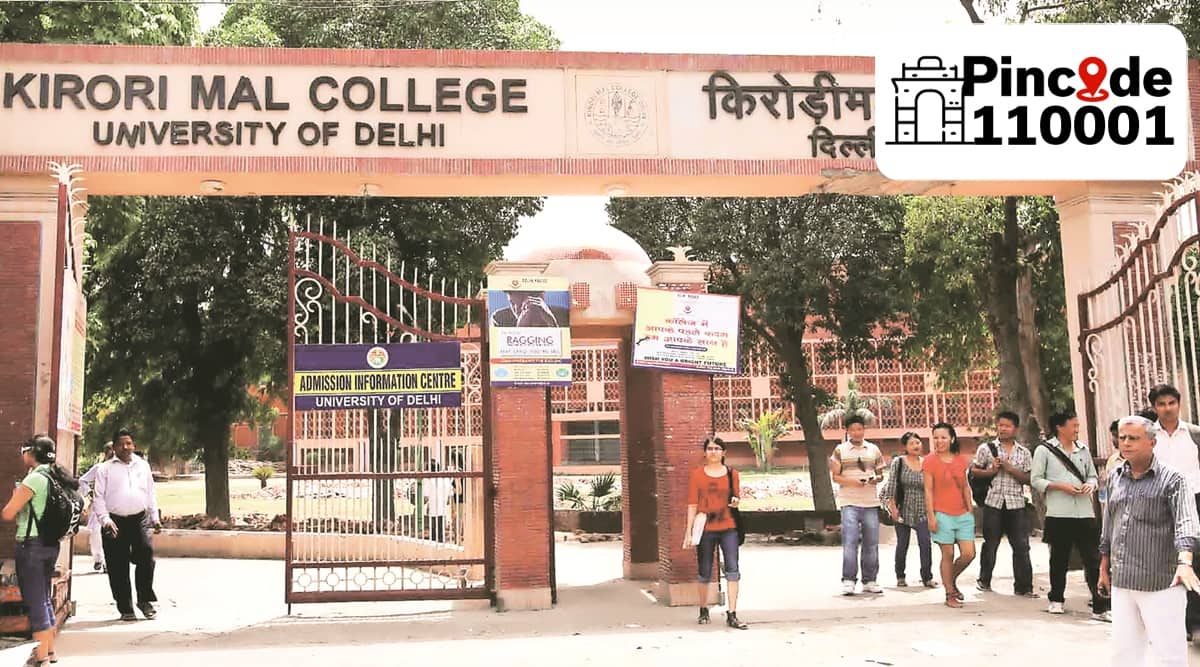 Many of the familiar names among Delhi University colleges began taking shape after Partition, when the changing demographic in the city necessitated new educational institutions for young people from displaced families. Among them was Kirori Mal College, though it was yet to be named so.

There are at least two slightly differing narratives of the early history of the college, but both tie it to the Partition. According to the history the college management itself has put forward on its website and other forums, it dates back to 1951 when it was established by American Jesuits as Nirmala College. It functioned out of an evacuee building, which also doubled up as a place of shelter for displaced families, in Old Delhi’s Qutub Road, a bustling commercial area.

Play on Chhatrapati Shivaji returns to Delhi after 4 years

Babasaheb Purandare’s famous play was first shown in 1985 in Pune and since then performed over 1,100 stages across India and abroad, including the United States and England. Purandare wrote the play originally in Marathi after extensive research.