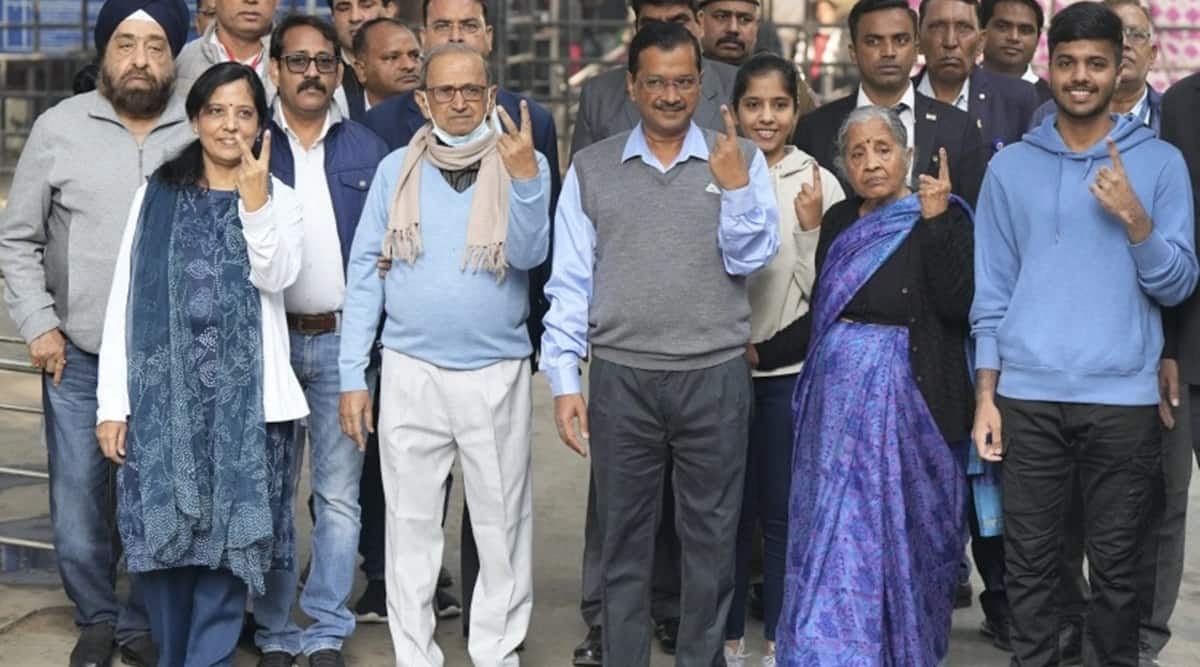 Delhi Chief Minister and AAP Convener Arvind Kejriwal and his family members show their fingers marked with indelible ink after casting their votes for the Municipal Corporation of Delhi elections, at a polling station in Civil Lines area, in New Delhi, Sunday, Dec. 4, 2022. (PTI Photo)

Exit polls released ahead of the Municipal Corporation of Delhi poll results on Wednesday showed a clean sweep by the Aam Aadmi Party, with Bharatiya Janata Party (BJP) coming in a distant second.

The India Today —Axis My India exit poll showed AAP winning 149 to 171 seats out of 250. BJP, it said, is expected to get 69 to 91 seats and the Congress coming third with 3 to 7 seats. Other parties and independents are expected to get 5 to 9 seats. Any party that gets 126 seats will get a majority and gain power of the civic body.

The voter turnout on Sunday was only 50.47%, the lowest in municipal polls since 2007, when only about 48% of those eligible voted.

BJP ruled the MCD for 15 years, between 2007 and 2022 and won all three corporations (North, South and East) even after trifurcation in 2012. The party was battling anti-incumbency as well as a sustained attack by AAP over issues of governance such as financial mismanagement, solid waste management and corruption.

AAP, meanwhile, has been campaigning in Delhi for almost a year, with its leaders and workers managing a sustained campaign on the ground over issues of corruption and garbage.

As per the exit polls, Congress will be the biggest loser and is expected to get only a handful of seats.