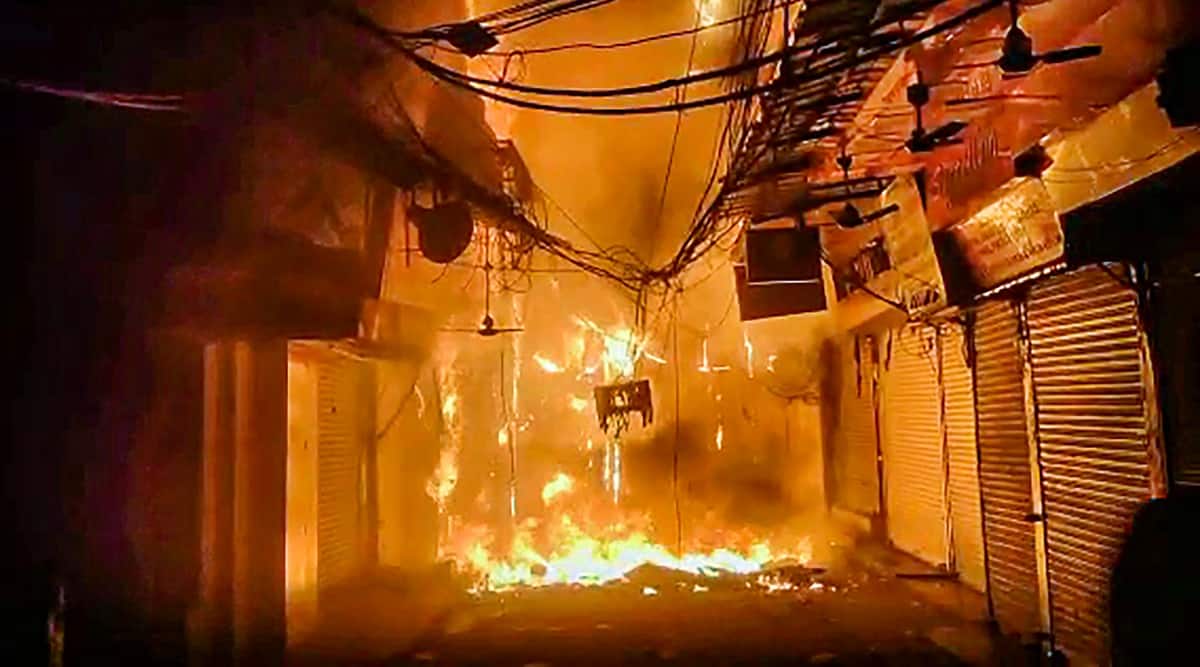 Delhi News Today Highlights, November 26: Around 200 shops were damaged in a massive fire at Bhagirath Palace in Chandni Chowk as fire-fighters toiled to douse the blaze for the third consecutive day on Saturday, officials said. Fourteen fire tenders are at the spot trying to bring the blaze under control, they said. Most of the around 200 shops gutted in fire in the wholesale market dealt with electronic appliances, a senior police officer said. A case has been registered against unknown persons. Delhi Lieutenant Governor V K Saxena visited the Bhagirath Palace market on Saturday.

Observing that Tihar jail officials gave him preferential treatment in violation of prison rules, a Delhi court rejected AAP leader Satyendar Jain’s plea seeking a special diet for his religious fast. Jain has been on a diet of fruits, vegetables and nuts in jail and moved court alleging that this special diet was withdrawn by jail authorities which resulted in a 28 kg loss.

A massive fire broke out in a sugar mill in Meerut’s Mohiuddinpur on Saturday afternoon, leaving one person dead. The deceased man was identified as the chief engineer of the mill, Narendra Khushwaha, who died of his injuries after falling or jumping from a height at the mill in an apparent bid to escape. According to Uttar Pradesh Fire Services (UPFS) personnel familiar with the matter, six fire tenders had been deployed to contain the blaze. The fire seems to have started in one of the turbines in the mill.