Officials said three passengers from Jeddah, Saudi Arabia, arrived at IGIA on July 20 and were intercepted at the baggage search counter. 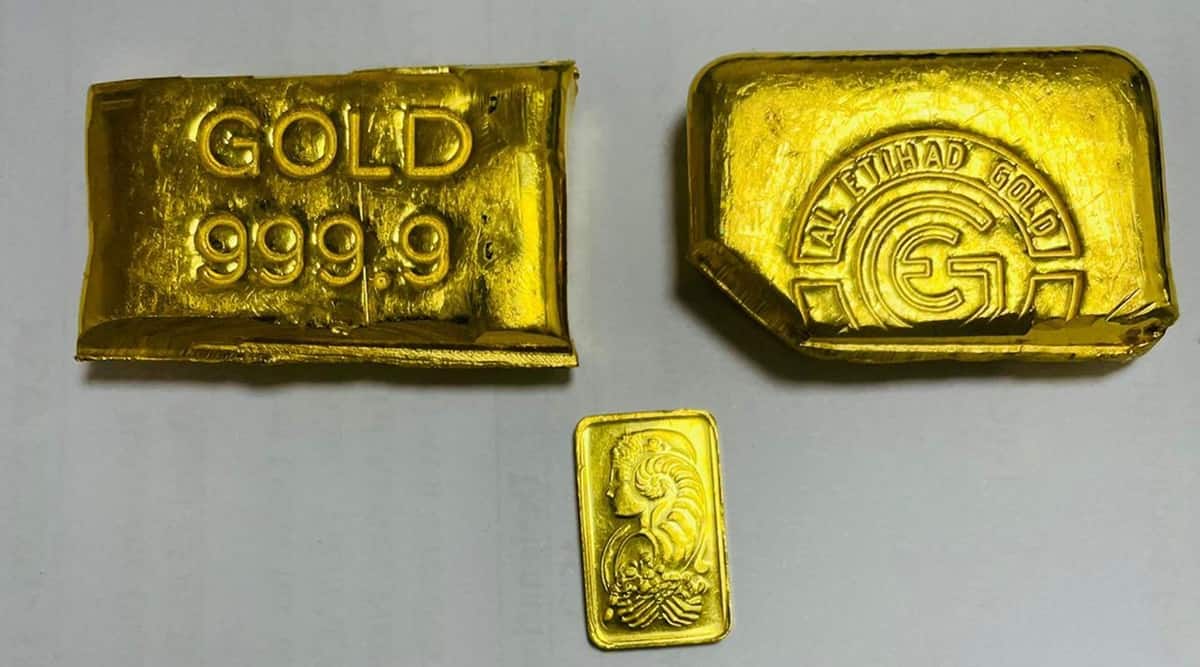 The value of the gold smuggled by the syndicate is worth 72 lakh (Twitter: @Delhicustoms)

Seven persons, including four staffers of IndiGo and SpiceJet airlines, were booked and later arrested by the customs department at Indira Gandhi International Airport (IGIA) for allegedly smuggling gold worth Rs 72 lakh from Saudi Arabia.

Officials said three passengers from Jeddah, Saudi Arabia, arrived at IGIA on July 20 and were intercepted at the baggage search counter. The men were carrying gold bars and biscuits which they tried to hide in their bags, but were caught during the search, officials said.

Joint Commissioner of Customs (IGIA) Jyotiraditya said, “We recovered two gold bars and one gold biscuit, worth Rs 22 lakh, from two passengers. This gold weighs 517 grams.  During questioning, they told us they are part of a gang that smuggles gold in small quantities to evade arrest. On their disclosure, our team arrested the third passenger. He was also on the same flight and admitted he was carrying 160 grams of gold. He had already handed over the gold to an Indigo airline staffer.”

Customs officials questioned the three passengers at length, and found that four staffers from Indigo and SpiceJet were allegedly involved in the syndicate.

The team arrested the four airline staffers from different parts of Delhi during a 24-hour operation.

“All seven accused confessed to their crime and told us they smuggled 960 grams of gold earlier. They had been active for a couple of months. However, prime facie they are mules in this syndicate and never sold the smuggled gold. They don’t even have the money to buy the gold and only act on the instructions of others. All three passengers are citizens of this country and would go to foreign countries to buy gold,” said an official.

The total value of the seized gold and that smuggled in earlier has been pegged at Rs 72.46 lakh. Officials said all the accused are being questioned and further investigation is underway to arrest others involved in the crime.

A senior spokesperson from IndiGo Airlines said, “A customs investigation has highlighted the involvement of our employees in a case relating to the illegal movement of gold. We are fully cooperating and assisting the authorities concerned in this investigation.”