Arvind Kejriwal also said that the situation is not "terrible" as predicted one month ago, asserting that at present, the number of active coronavirus cases has been decreasing instead of increasing.

Delhi recorded 2,442 fresh COVID-19 cases on Wednesday, taking the tally in the city over the 89,000-mark, while the death toll from the disease mounted to 2,803, authorities said. On June 23, the national capital had reported the highest single-day spike of 3,947 cases.

New Delhi reported 2,199 new cases of the novel coronavirus on Tuesday, taking the city’s total to 87,360. At least 62 deaths were reported on the same day, taking the toll to 2,742. With at least 2,113 people recovering on Tuesday, the city’s recovery rate was 66.8 per cent against the national recovery rate of 59.06 per cent. So far, 58,348 people have recovered from the virus in the national capital.

Meanwhile, neighbouring Gurgaon witnessed a dip in cases in the latter half of June. According to data, the number of new cases reducing by 26% in the last two weeks. “As of June 20, our recovery rate was 55.9 per cent. It jumped to 73.8 per cent by Monday, which is definitely a good sign. Testing capacity has also increased, and the positivity rate is coming down,” said Dr Jai Prakash, the district surveillance officer.

Delhi recorded 2,442 fresh COVID-19 cases on Wednesday, taking the tally in the city over the 89,000-mark, while the death toll from the disease mounted to 2,803, authorities said.

On June 23, the national capital had reported the highest single-day spike of 3,947 cases.

A 47-year-old head-constable in the Delhi Police died on Wednesday due to Covid-19. A total of 10 police personnel have died of COVID-19 and 2,079 have been tested positive so far.

#JUSTIN: A 47-year-old head constable Bheer Singh, posted with PCR unit of @DelhiPolice, died of #COVID19. A total of 10 police personnel have died of #COVIDー19 and 2,079 have been tested positive so far. @IndianExpress, @ieDelhi

Delhi Police personnel and their family members can use the helpline to seek medical counselling from doctors about the prevention and handling of coronavirus cases, a senior police officer told news agency PTI. Chief Minister Arvind Kejriwal on Wednesday said the COVID-19 situation has been brought under control for now with the “combined efforts” of Delhi government, Centre and other organisations, but cautioned people against any lapse in social and personal behaviour that may again lead to a rise in cases.

During an online media briefing, Kejriwal also said that the situation is not terrible as predicted one month ago, adding that at present, the number of active cases in the capital has been decreasing. 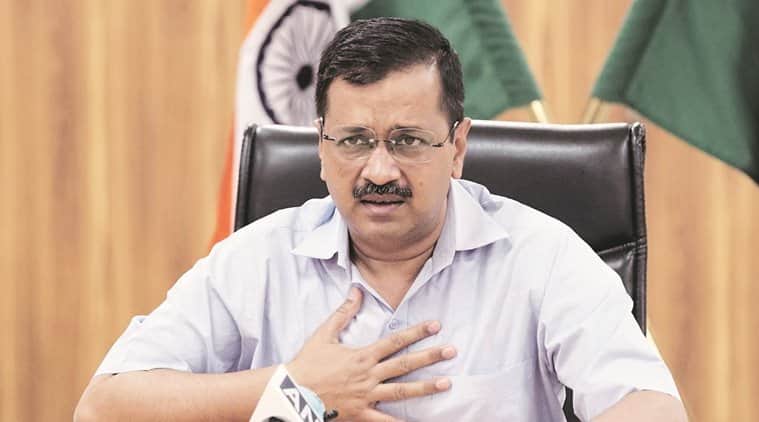 Resident doctors of AIIMS with the help of IIT-Delhi students have developed a mobile application to track real-time COVID-19 patients in the hospital, who can become potential plasma donors 28 days after recovery along with those who have been discharged, news agency PTI reported.

The app named COPAL-19 has details of patients who have already been discharged from AIIMS, those currently undergoing treatment and their blood groups so that patients who require plasma therapy can get it in time without any hassle, AIIMS RDA President, Dr Adarsh Pratap Singh, said.

"Amidst a shortage of donors for plasma therapy, team of AIIMS Resident Doctors along with IIT-Delhi team developed an app to correct the mismatch between COVID-19 discharged patients and patients requiring plasma donation. It was a great initiative by Dr Abhinav Singh Verma and IIT Delhi students," Dr Singh was quoted as saying by the news agency. 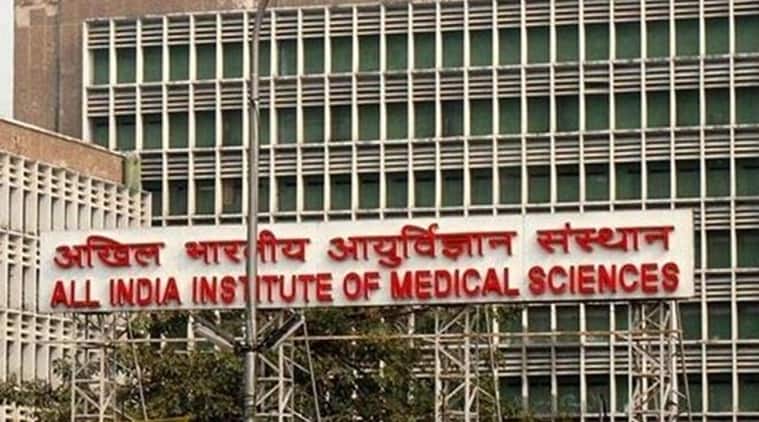 Chief Minister Arvind Kejriwal is addressing the press on the Covid-19 situation in New Delhi. "Situation is improving in Delhi in last few days. However, there is no room for complacency. This virus is unpredictable. We must continue our efforts with more vigor," he says.

Situation is improving in Delhi in last few days. However, there is no room for complacency. This virus is unpredictable. We must continue our efforts wid more vigor https://t.co/m3nmQFd4oc

Delhi Chief Minister Arvind Kejriwal tweets on the occasion of Doctors' Day. "Our doctors are fighting one of the toughest battles of this century. Their heroic stories of service and sacrifice will inspire several generations to come. On this Doctors Day, let's celebrate their unparalleled contribution to our society," he said.

Our doctors are fighting one of the toughest battles of this century. Their heroic stories of service and sacrifice will inspire several generations to come. On this Doctors Day, let's celebrate their unparalleled contribution to our society. Sanjeev Kumar Yadav, a 49-year-old Delhi Police inspector passed away at a Delhi hospital on Tuesday night after contracting COVID-19. Yadav had been posted with a Delhi Police special cell. “Sanjeev Kumar Yadav had been admitted to Max Hospital after testing positive around 15 days ago. He developed fever and was on ventilator after complaining of breathlessness,” a senior police officer told The Indian Express.

At least nine police personnel — three constables, three ASIs and two sub-inspectors — have succumbed to Covid-related complications and over 850 police personnel have tested positive so far.

Unlock 2.0: Gurgaon malls are sanitized ahead of reopening

Workers sanitize Ambience Mall in Gurgaon, a day before it is reopened. The Haryana government has allowed malls to reopen on Wednesday. The Delhi Medical Council will train community-based health workers in basic healthcare needs of Covid-19 patients. The DMC said, "Training will make them aware of basic health care needs of COVID-19 patients. This collaboration will try to overcome the scarcity of health care professionals with better utilisation of limited resources." The project is under the Swasthyadhoot scheme.

In Railway station line, those who slipped out of containment zone

Many migrant workers were at the Ajmeri Gate entrance of the station on Tuesday, waiting to catch a train to their homes, even as the process of unlocking the economy and the city enters its second phase from July 1. The station was also returning to the new normal, with porters and drivers in masks waiting outside the Paharganj gate, alongside hawkers selling tea and sanitisers.

Among the people who arrived were Nikesh (30) and Sanjay (35) who had left their homes in West Delhi’s Naraina to take a train to Bihar. However, there was a hurdle. The entrance to the lane where they lived had been sealed after a few coronavirus cases had emerged in May. The two had already booked train tickets for the family, and therefore decided to climb over the barricades and leave in a mini loading van.

The Haryana Municipal Corporation of Gurgaon has issued guidelines for resident welfare association, in line with Unlock 2.0. House help is allowed to return to work, reports news agency ANI. The 175 ventilators provided by the Government of India to Delhi’s Lok Nayak Hospital do not have the BiPAP mode, the hospital has informed the Directorate General of Health Services (DGHS). The hospital has asked for another 250 BiPAP machines that are equipped with this mode.

The ventilators were given to the Delhi government-run hospital out of the PM CARES Fund, the national fund for emergencies set up in the aftermath of the Covid-19 pandemic.

Bilevel positive airway pressure (BiPAP) is a non-invasive technique to supply oxygen to the lungs without intubation. The issue of the ventilators lacking the BiPAP mode was flagged by Lok Nayak in feedback given to the Director General of Health Services, Delhi, Dr Nutan Mundeja. READ MORE

As data of Covid patients was collected, MHA urged caution, need to ‘destroy’ it in April, May

Two days after the Delhi government announced on April 1 that it would hand over thousands of mobile numbers of those under home quarantine to the police, the Union Home Ministry flagged the need to prevent misuse of such data, which falls under the category of “sensitive personal information”, official documents show.

According to official records, the MHA wrote to states and Union Territories twice — in April and May — pointing out that they were collecting “sensitive personally identifiable information” while tracing and tracking corona cases using technology, including mobile call records and location data. The MHA pointed out that such “data” should be destroyed once it has served its purpose.

The issue was first raised by the MHA on April 3 — two days after Delhi CM Arvind Kejriwal announced that his government would hand over thousands of phone numbers of those under home isolation to the police to check violations of quarantine norms. It was subsequently done. READ MORE

Since then, the recovery rate has been on an upward spiral even on days when the case tally breached the 3,000-mark. On June 23, when Delhi reported the highest single-day spike of 3,947 cases, the recovery rate was 59.02 percent. Between June 15 and 29, a total of 40,012 patients have recovered, with 7,725 patients alone recovering on June 20. During this time, Delhi added 44,015 cases to its tally of cases. READ MORE

In rough month for Gurgaon, silver lining: Second half saw dip in cases

Despite Gurgaon recording a significant surge in Covid-19 cases in June, a closer look at the daily health bulletins released suggests a contrast between the two halves of the month, with the number of new cases reducing by 26% in the last two weeks.

The week between June 22 and June 28 saw the district record 731 cases, significantly lower than the 1,000-plus figure during the rest of the weeks.

A team of experts from the Central Industrial Security Force (CISF) on Tuesday carried out a fire safety audit of the newly created over 10,000-bed COVID-19 care facility in south Delhi, officials said. "The team checked all fire safety measures deployed at the Sardar Patel COVID care centre and hospital created at the sprawling Radha Soami Satsang Beas campus in Chhattarpur during the audit," a senior officer of the paramilitary force said.

The placement of fire extinguishers, water sources, open areas and rescue tracks were audited and some suggestions were made to ensure that the facility is prepared for fire emergencies, he said.

Union home minister Amit Shah and Delhi chief minister Arvind Kejriwal had last week reviewed the progress of works at the facility that will have two segments- a COVID care centre (CCC) where asymptomatic positive cases will be treated and a dedicated COVID health care centre (DCHC).

The Delhi government on Tuesday extended till September 30 its scheme offering a one-time waiver of water bill arrears and late payment surcharge in the wake of the coronavirus outbreak.

Under the scheme, launched in August last year, all categories of houses get an exemption from late fee payments, while their pending water bills are waived partly or fully depending on the housing category. "In wake of Covid-19 outbreak, the water bill waiver scheme of the Delhi Jal Board has been extended by three months and will now end on September 30," the water utility's vice-chairman, Raghav Chadha, tweeted. He said the move will benefit those who have not been able to avail the scheme due to the lockdown restrictions. Delhi's colonies are categorised from A-H. According to Delhi government data, the daily average new bed occupancy was 238 in the first week of June. While for the week ending June 28, an average of 27 more people were discharged per day as compared to those who were admitted.

The first week of the month was the toughest for the city, as 1,664 more people were admitted to hospitals than were discharged.

Chief Minister Arvind Kejriwal had said Saturday that there was a shortage of beds seen in the city at the time, following which death toll had also risen. At present, there are 13,410 Covid beds in Delhi, of which 7,389 are unoccupied.

The door-to-door screening in the city, to cover every household by July 6 to ascertain how many people have Covid-like symptoms, will meanwhile be delayed.

According to officials, a meeting was held in the Ministry of Home Affairs where the progress of screening and testing in containment zones was discussed. After directions from the ministry, containment zones have been redrawn and their number went up from around 260 on Thursday to 435 on Monday.