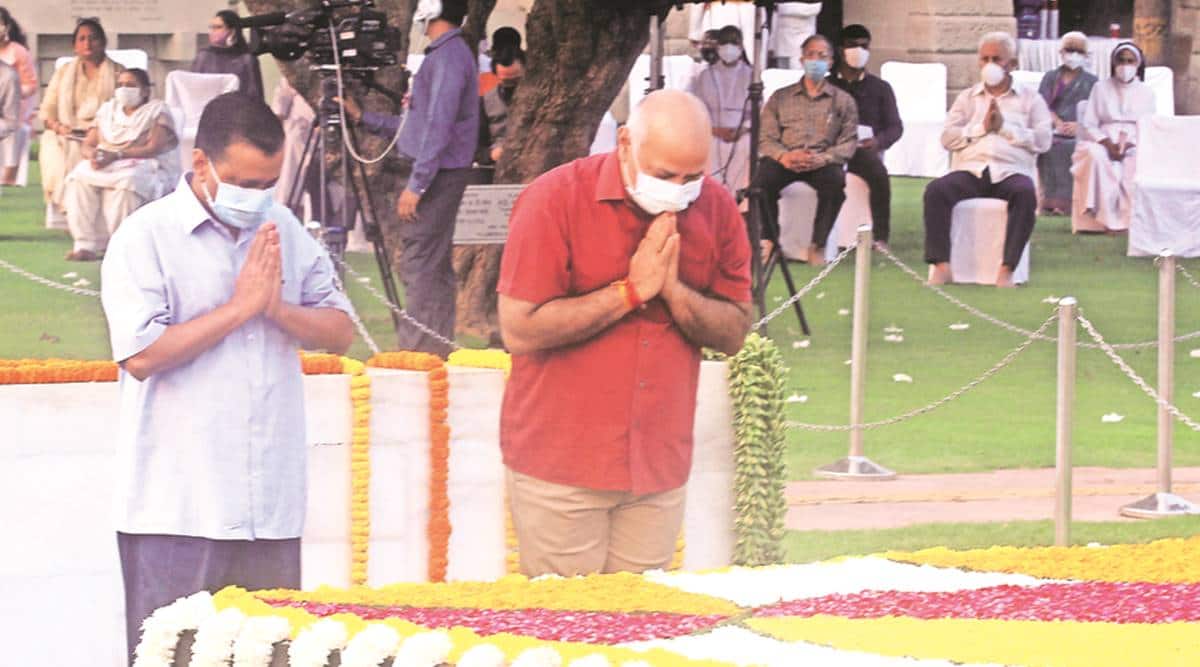 “Mahatma Gandhi ji and Lal Bahadur Shastri ji both dedicated their lives for the betterment and upliftment of our country. Their contribution to the past, present and future of this country is immeasurable. The Delhi government is trying its best to follow their ideals and walk in the path of their vision through its model of governance,” he said. A ‘prarthana sabha’ in memory of the two leaders was also held.

“The thoughts of Mahatma Gandhi show the path of truth, non-violence and righteousness not only to India but to humanity,” he also tweeted during the day. In another tweet, he wrote, “Shastri Ji’s simple life, honesty, and efficient leadership are inspirational for every generation of the society.”

Addressing the media, he also spoke on the issue of farm protests: “It is high time, the Centre agrees to the demands of the farmers. There is no point in saying we’ll hold talks. The farmers have fixed, routine demands which are very valid. They should take back the three laws now.”

Goel said, “The Delhi Legislative Assembly considers it an honour that it houses memorials for freedom fighters. Back in 2016, we commemorated Shaheed Bhagat Singh, Shaheed Sukhdev and Shaheed Rajguru in the Vidhan Sabha. Today we are paying our respects to victims of the Jallianwala Bagh Massacre.”