A strong Jan Lokpal Bill has been at the forefront of AAP’s poll promises through three election seasons. 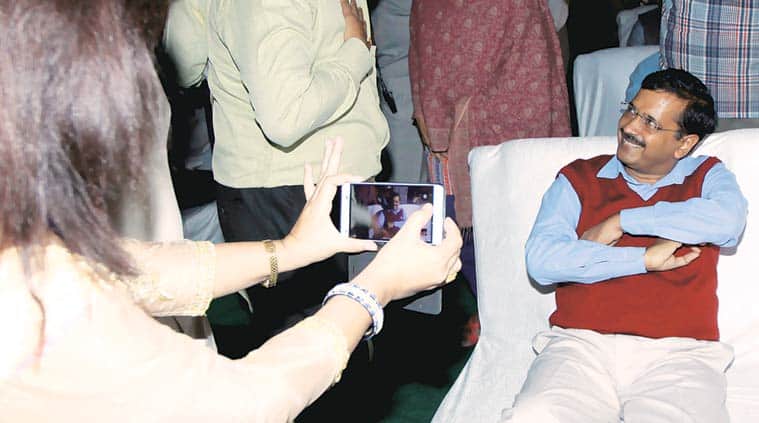 The Delhi Cabinet, headed by Chief Minister Arvind Kejriwal, on Wednesday approved the Delhi Jan Lokpal Bill, 2015, and is expected to present it before the 70-member Delhi assembly soon. The AAP’s flagship anti-graft bill was approved by the Cabinet after some ‘tweaks’ were made to its 2014 version, said sources.

A strong Jan Lokpal Bill has been at the forefront of AAP’s poll promises through three election seasons.
In February 2014, the AAP government had put in its papers within 49 days, after it was unable to get the anti-graft bill passed in the Delhi legislative assembly.

Government officials said that the Bill approved by the Cabinet on Wednesday was “closest to the Uttarakhand Lokayukta Bill, 2011 that was drafted by Kejriwal and Deputy Chief Minister Manish Sisodia”.
The Bill envisages the establishment of an independent authority to investigate offences under the Prevention of Corruption Act, 1988, and it also covers the chief minister’s office.

“The Bill prescribes time-bound investigation of offences, within six months, and states that as far as possible, the trial in such cases should be completed in six months. It also allows authorities to provisionally attach assets acquired by corrupt means. The rest of the provisions are similar to the Uttarakhand Lokayukta Bill,” said a government official.

Although the Uttarakhand Lokayukta Bill says that the identity of a complainant can be kept secret, the Lokayukta does not entertain anonymous complaints. The Uttarakhand Lokayukta Bill gives the Lokayukta the power to conduct searches, conduct preliminary inquiries, recommend suitable punishment against an accused and give protection to whistle-blowers. The Bill states that the punishment for any act of corruption cannot be less than six months and a maximum of 10 years. In rarest of rare cases, the corrupt public servant can be sentenced to life imprisonment.

“The Jan Lokpal Bill that we started our movement for has been passed by the Delhi government’s Cabinet. We hope that we will be able to present it before the assembly very soon,” Kejriwal said on Wednesday .

The assembly’s business advisory committee will take a decision on when the Bill will be placed in the House, said Sisodia

“There has been some tweaking of the 2014 version, but the Bill is more or less the same,” said an official.
Kejriwal’s seven-member Cabinet, Chief Secretary K K Sharma and senior bureaucrats concluded the meeting on Wednesday evening, after the first day of the winter session of the assembly came to an end.

“We could have done this (approving the Bill) at the chief minister’s residence. But because this is a historic bill, we passed it here in this historic building, in the old Cabinet room. The Delhi Jan Lokpal Bill has been approved… the same historic Bill that we have all been struggling for,” Sisodia said while addressing a crowd attending an event to mark Diwali, Chhath and Gurpurab celebrations at the Vidhan Sabha lawn.

The Bill, once passed by the assembly, will be sent to Lieutenant Governor Najeeb Jung for his approval.