Around 400 petrol pumps in the national capital are shut today in protest against the Delhi government’s refusal to reduce Value Added Tax on fuel prices. The strike that began at 6 am today will continue till 6 am on Tuesday. Chief Minister Arvind Kejriwal alleges it is a “BJP sponsored strike”.

The petrol pump protest is called by the Delhi Petrol Dealers Association which claimed that commuters were deserting fuel pumps in Delhi due to reduced VAT in Uttar Pradesh and Haryana. “The Centre had slashed the rate of petrol and diesel by Rs 2.50 per litre each on September 4. This was followed by a reduction of VAT by various states, including neighbouring Haryana and Uttar Pradesh. But, the Delhi government refused to reduce VAT, resulting in fuel becoming more expensive than bordering Haryana and Uttar Pradesh,” PTI quoted DPDA president Nischal Singhania.

In Pictures | Commuters in Delhi left stranded after autos, taxis go on strike

Petrol pumps in Delhi are shut today. Auto union and taxi drivers have also called for a strike. Follow HIGHLIGHTS

#Delhi | Around 400 petrol pumps in the national capital are shut today in protest against the Delhi government’s refusal to reduce VAT on fuel prices.

What are the demands of taxi union?

Why is the taxi association on strike in Delhi today?

The black and yellow cabs in Delhi, tourist taxis and a section of cabs working under app-aggregators Ola and Uber will today stage a protest in front of the Parliament. The Delhi Taxi Tourist Transport Association alleged that the policies of the central government is killing the profession and that it may lead to the suicides of drivers. The protest is also against the alleged exploitation by Ola and Uber which make the drivers work for "10 to 12 hours." The taxis are also opposing the rising fuel prices in the country 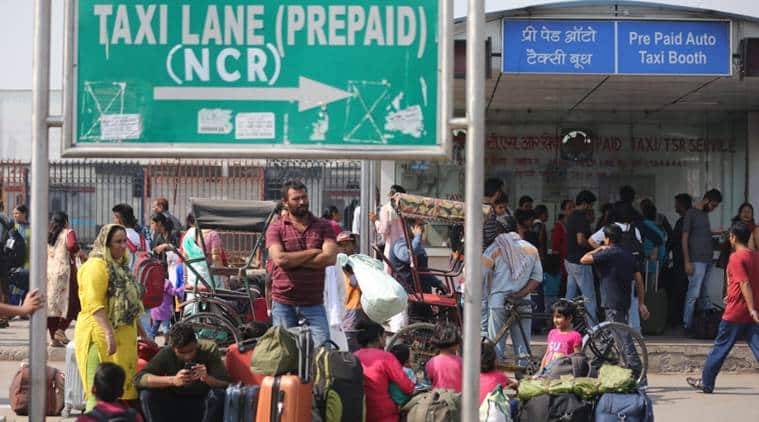 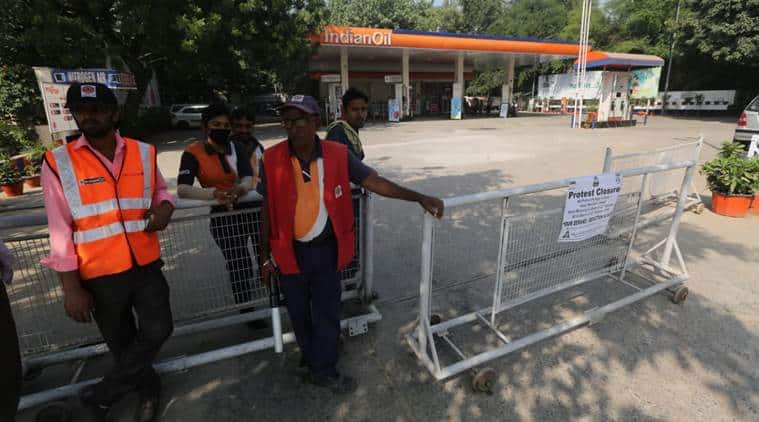 Why are the autos, taxis in Delhi on strike?

The auto-rickshaw and taxi unions have decided to protest against the Delhi government's policies on cab aggregators. "The one-day 'Chakka Jaam' protest by the Sanyukt Sangharsh Samiti will be held as the government failed to listen to our grievances," said Inderjeet Singh, chairman of the All India Tour and Transport Association and convener of the joint forum. "Auto-rickshaw and taxi drivers are losing their employment due to wrong transport policies of the government and also due to low fares offered to commuters by cab aggregators," he told PTI.

'Our demad: Reduction in VAT': Banners outside Delhi fuel pumps

#Visuals from a petrol pump in Delhi as a protest has been called by Delhi Petrol Dealers Association against Delhi govt’s refusal to reduce VAT on diesel & petrol. All 400 petrol pumps along with linked CNG dispensing units will remain shut from 6 am today to 5 am tomorrow pic.twitter.com/rj0nKsLe3d

Kejriwal alleges BJP behind strike, says party should apologise to people of Delhi

Delhi Chief Minister Arvind Kejriwal claimed that the BJP was behind the strike in the city today. Adding that the petrol prices in the national capital are lowest among the metros in the country, Kejriwal questioned why pumps in Mumbai - where the price is highest among the four cities- are not shut in protest.

Oil prices lowest in Delhi amongst the four metros. Why aren’t petrol pumps in Mumbai, which has highest prices, on strike? Becoz Mumbai is BJP govt and BJP is behind today’s strike in Delhi. BJP MUST apologize to the people of Delhi pic.twitter.com/v5BUI0cfRG

Why are petrol pumps in Delhi shut today?

The strike has been called after the Arvind Kejriwal-led AAP government refused to to reduce Value Added Tax on fuel prices. The protest is called by the Delhi Petrol Dealers Association which claimed that commuters were deserting fuel pumps in Delhi due to reduced VAT in Uttar Pradesh and Haryana. The fuel pumps were shut today morning and will reopen at 5am tomorrow.

Goodmorning. Commuters in Delhi are in a limbo as auto and taxi drivers have gone on a strike today to protest against the Delhi government’s policies on cab aggregators. Fuel pumps in the city will also remain shut till tomorrow. Follow this space to track the latest developments in the national capital