Officials of the Archaeological Survey of India (ASI) said the restoration is in its final stages and would take another four to five months, but a new vendor would be engaged for it. 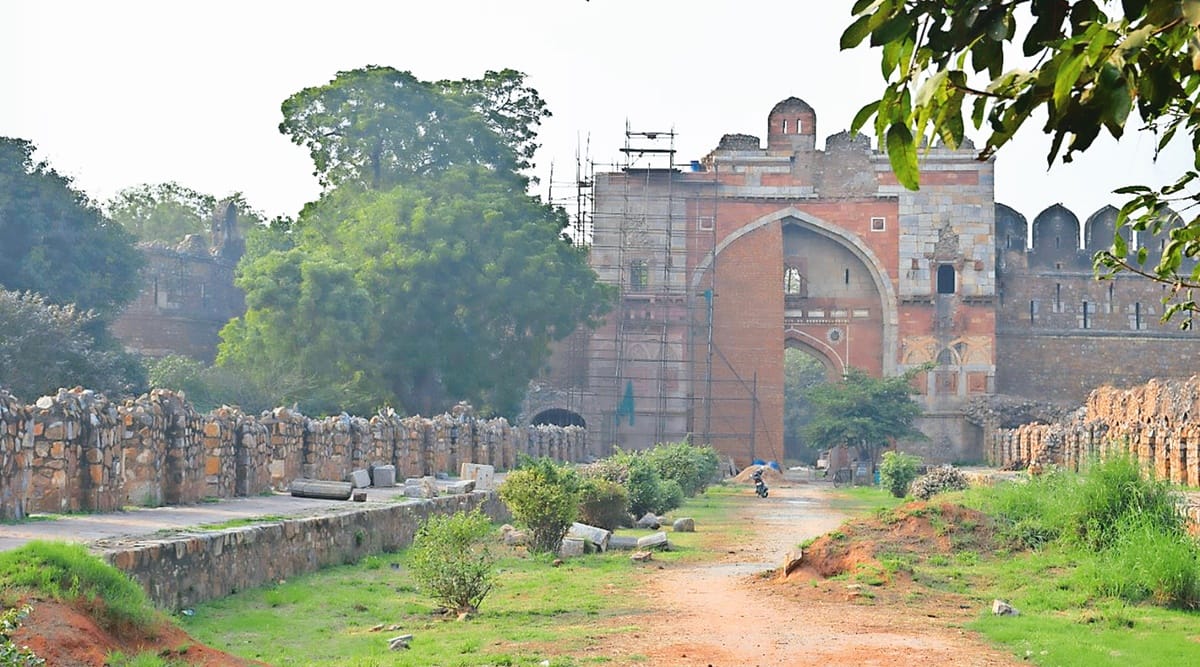 The original deadline for completing work was 2016.

Close to nine years after the 16th century Sher Shah Gate in Central Delhi was partially damaged in heavy rains, the restoration work on the monument is still not complete.

Officials of the Archaeological Survey of India (ASI) said the restoration is in its final stages and would take another four to five months, but a new vendor would be engaged for it.

A substantial portion of the monument, located on Mathura Road opposite Purana Qila, had collapsed in August 2012 and a brick wall was raised to support the structure.

The original deadline for completion of work was 2015-16, as per a submission made in the Lok Sabha in March 2015 by then Union Minister of State for Culture Mahesh Sharma.

An ASI official said, “Had there not been the Covid-19 outbreak and the subsequent lockdown, the monument would have been restored last year. The vendor who was working under ASI faced difficulty in procuring materials needed for repairs during the lockdown, and has since been unable to take the work forward… A new vendor would now finish the work.”

The gate served as the southern entrance to Shergarh, a city built by Sher Shah Suri of the Sur dynasty during his reign as emperor of North India from 1540 to1545.

Shergarh was built when Sher Shah took control of the Mughal Empire after defeating emperor Humayun in 1540.

Delhi historian Swapna Liddle said the arch of the Sher Shah gate had fallen off from one side in 2012 and the monument had to be supported with a brick wall.

“When you approach the monument from Mathura Road, you will see stone structures in front of it that are room-like. The roof is not there anymore but the walls and foundation are. This used to be a market of the city… The northern gate of Shergarh is at Bahadur Shah Zafar Marg and is known as the Khooni Darwaza,” she said.

The restoration of the monument has now taken longer than the work involved in restoring Humayun’s Tomb, which took six years between 2007 and 2013.

The Delhi circle of the ASI began work at the monument in 2015. However, a year later the agency created a subdivision called the ‘mini circle’, which divided jurisdiction over monuments in the city.

An ASI official said, “There were some initial delays in restoration of work after creation of the new circle. Then tenders floated for repair work did not receive a response. Later, the ASI decided to take up the work on its own. In 2020, the mini circle was again merged into the larger Delhi circle. The reshuffling caused further delays… It should now be completed in another 4-5 months.”