On Sunday, Delhi recorded 2,244 fresh coronavirus cases, taking the tally close to the one-lakh mark, while the death toll from the disease mounted to 3,067.

Earlier today, the central government said that the average number of samples being tested per day for COVID-19 has gone up in Delhi from 5,481 to 18,766 in about a month and in spite of increased testing, the positivity rate has declined from around 30 per cent to 10 per cent in the last three weeks.

The government also said that the national positivity rate, percentage of samples testing coronavirus positive from the total number of samples, has also reduced and now stands at 6.73 per cent.

Covid-19 cases in Delhi on Monday crossed 1-lakh mark on Monday with 1,379 fresh cases and 48 deaths reported in the last 24 hours. The total number of cases in Delhi now stands at 1,00,823 including 72,088 recoveries. The death toll in the city is now at 3,115, according to the later health bulletin by the state government.

Meanwhile, India recorded a single-day jump of 24,248 cases, pushing the country’s total tally to 6,97,413 on Monday. With 425 new fatalities, death toll stood at 19,693. India overtook Russia on Sunday evening to become the country with the third-largest caseload of novel coronavirus infection in the world. (Follow COVID updates from Maharashtra | Andhra Pradesh | Tamil Nadu ) Monday was the first day of Delhi government’s remote teaching-learning approach for the month of July, which was announced by Sisodia last week.(Read more here)

As Delhi crosses the 1 lakh mark, 3/4th have recovered from virus

The city reached the 1 lakh mark almost a week after a five-member expert committee formed by Chief Minister Arvind Kejriwal said it was expected to, based on the doubling rate in mid-June. Delhi has recorded 1,00,823 Covid cases so far. A total of 3,115 people have died and 72,088 have recovered as on Monday.

For the city which found itself in a tough spot in the first two weeks of June — with increasing case load and challenges in terms of hospital beds — a concerted effort by different departments of the state machinery and the Centre’s help in terms of staff, new hospital beds and some equipment has meant that the situation has come under control, especially over the past week.(Read more here)

Weeks after a strike was called by paramedical staff and doctors of North MCD’s Hindu Rao Hospital against delay in payment of salary, nurses at the corporation’s Kasturba Hospital held a two-hour protest on Monday.

In a hearing last month, taking note of instances of non-payment of salary to doctors treating Covid-19 patients, the Supreme Court told the Centre that the country cannot afford to have dissatisfied soldiers in the war against the pandemic, and asked authorities to go the extra mile to raise funds for them. (Read more here)

Kejriwal to hospitals: Counsel those who recover from Covid to donate plasma

Delhi Chief Minister Arvind Kejriwal Monday said hospitals where Covid patients are treated should counsel them before they are discharged, so that they come forward to donate plasma later.

The CM also made calls to some patients who had recovered over the course of the past few days, asking them to donate plasma at the plasma bank started at ILBS Hospital last week.

Twelve people were arrested and owners of 775 vehicles penalised across Noida and Greater Noida on Monday for allegedly violating curbs imposed due to the COVID-19 pandemic, Gautam Buddh Nagar police said.

Also, 30 vehicles were impounded for a similar violation during a 24-hour period till Sunday night, the police said, even as Unlock 2-- the phased re-opening of activities that had been barred to contain the spread of COVID-19, began in the state on Wednesday.

Criminal Procedure Code (CrPC) Section 144, which bars assembly of more than four persons, is in force in Gautam Buddh Nagar, whose urban areas fall in the 'Red Zone' for COVID-19. (PTI)

What the first day at Delhi monument's looked like

As monuments reopen, here is how the first day at Qutub Minar, Humayun’s Tomb looked like. 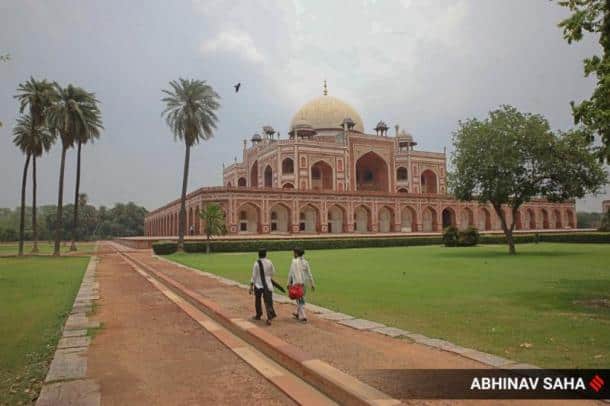 Delhi Chief Minister Arvind Kejriwal said Monday that hospitals, where Covid-19 patients are treated, should counsel patients before there are discharged so that they come forward to donate plasma later.

The CM also made calls to some patients who had recovered over the course of the past few days, asking them to come forward. On Sunday night, India overtook Russia to become the country with the third-highest number of confirmed Covid19 cases behind only the US and Brazil. This could have an impact on India’s plans to restart international operations given that a number of jurisdictions have already indicated their initial unwillingness to allow flights from India into their borders.

While currently international air travel is restricted to repatriation missions being flown by Indian as well as foreign carriers, the Centre has indicated that it is in discussions with various countries to establish air bridges. These include the US, Canada and several European countries. The concept of air bridges is based on reciprocity with the said countries allowing Indian citizens to fly into their borders and India allowing their citizens to fly into its borders. Click here to read more. Covid-19 positivity rate has declined from 30% to 10% in Delhi: Centre

Centre on Monday said that the average number of samples being tested per day for COVID-19 has gone up in Delhi from 5,481 to 18,766 in about a month and in spite of increased testing, the positivity rate has declined from around 30 per cent to 10 per cent in the last three weeks.

The government also said that the national positivity rate, percentage of samples testing coronavirus positive from the total number of samples, has also reduced and now stands at 6.73 per cent. Qutub Minar, Humayun's Tomb and a host of other centrally-protected monuments in Delhi were reopened for visitors on Monday after being shut for over three months due to the COVID-19 crisis, news agency PTI reported.

All guidelines, including social distancing and sanitisation measures, will be followed at these heritage sites. Wearing of masks will be mandatory and no one will be allowed to enter without it, an official said.

The Delhi government is making all efforts to ramp up ICU beds capacity for COVID-19 patients in its facilities, and the numbers for the same have been increased to 180 and 200 for LNJP and Rajiv Gandhi Super Speciality hospitals, respectively, Chief Minister Arvind Kejriwal said on Monday.

Kejriwal tweeted about the increase in ICU beds for coronavirus patients soon after visiting the Rajiv Gandhi Super Speciality Hospital (RGSSH), where he felicitated the 1,000th COVID-19 patient who recovered at the facility.

Both the hospitals are dedicated COVID-19 facilities in the national capital.

Till a few days back, LNJP had 60 ICU beds and Rajiv Gandhi hospital had 45 ICU beds. They have been increased to 180 and 200 respectively. After making sufficient arrangements for COVID hospital beds, Govt is now making all efforts to increase ICU beds.

The Delhi Fire Services has received over 750 applications for issuance of no objection certificates since the coronavirus lockdown began, but has not been able to conduct inspections amid the rising number of infections, officials said on Monday.

Fire-safety no-objection certificates (NOCs) are presently only being issued on an emergency basis during the lockdown for government establishments and hospitals after following the protocol, officials said.

Officials said since the nationwide lockdown, they had received applications for NOCs from various establishments, including industries, restaurants, guest houses, hotels and schools. (PTI)

What are Covid’s Kawasaki symptoms

Around the world, including in India since recently, children with Covid-19 infection have often shown some symptoms similar to those associated with a rare illness called Kawasaki disease — such as rashes and inflammation — while other symptoms of Kawasaki disease have been absent. In fact, such symptoms have also shown in children who tested negative for Covid-19.

The first such cases started getting reported since April, from the US and Europe. Doctors in India have started seeing such cases over the last few weeks. Last month, the World Health Organization (WHO) termed this new illness “multisystem inflammatory disorder”. What is Kawasaki disease, click here to read our explainer. District authorities in South West Delhi have delinked three hotels from the hospitals they were attached to serve as COVID-19 care facilities due to low-occupancy, and some other districts may follow suit, news agency PTI reported.

Four hotels -- Piccadilly at Janakpuri District Centre, Taj Vivanta in Dwarka, Pride Plaza in Aerocity, and Welcome in Dwarka Sector 10 -- were attached to hospitals closest to them, in mid-June, to serve as facilities for coronavirus patients with moderate symptoms.

Delhi Chief Minister Arvind Kejriwal on Monday appealed to hospitals to counsel their COVID-19 patients to donate plasma after 14 days of recovery from the disease. Addressing an online media briefing, the chief minister said that there has been a spike in demand for plasma over the past 4-5 days, after the opening of a plasma bank in Delhi.

But there are not many donors, he said, appealing to hospitals to encourage their recovered patients to donate. He also said that Delhi at present has 15,000 COVID-19 beds of which only 5,100 are occupied. (PTI)

Uttar Pradesh's Gautam Buddh Nagar on Sunday recorded 118 more positive cases of COVID-19 taking its tally to 2,765, exactly four months since the first case of the novel virus was detected in the district, official data showed. The number of active cases in the district, however, stood at 978, according to the data released by UP Health Department for a 24-hour period.

The Delhi government on Sunday instructed all health care facilities to carry out compulsory rapid antigen detection testing of patients with ILI symptoms, patients admitted with SARI and other high-risk individuals who visit their facilities. An order issued by the Delhi Health department directed all medical directors, medical superintendent and directors of all Delhi government-run hospitals to ensure that "rapid antigen detection testing" of all individuals/patients falling in the categories listed, who visit their hospital, is mandatorily done.

Kejriwal accompanied Home Minister Amit Shah, Defence Minister Rajnath Singh, and Health Minister Dr Harsh Vardhan on a visit to a temporary hospital set up by the Defence Research and Development Organisation (DRDO) in the city.

The Sardar Vallabhbhai Patel Covid-19 Hospital on Ulan Batar Marg near the airport in the Delhi Cantonment area, has 1,000 beds, including 250 in the Intensive Care Unit.

Lieutenant Governor Anil Baijal inaugurated the 10,000-bed Sardar Patel COVID care centre, the "largest" of its kind in the world, at the Radha Soami Satsang Beas on Sunday. The centre has been set up in Chhatarpur for treating mild and asymptomatic coronavirus patients.

The centre is 1,700 feet long, 700 feet wide -- roughly the size of 20 football fields -- and has 200 enclosures with 50 beds each. Authorities say it is the largest of its kind in the world. While the Delhi government has provided administrative support, the Indo-Tibetan Border Police (ITBP) will be the nodal agency operating the centre.