While terming the situation as 'shocking state of affairs', the bench said, "There cannot be large scale exodus. People have to perform their duty in Delhi also and people cannot be evacuated from Delhi being a capital city." 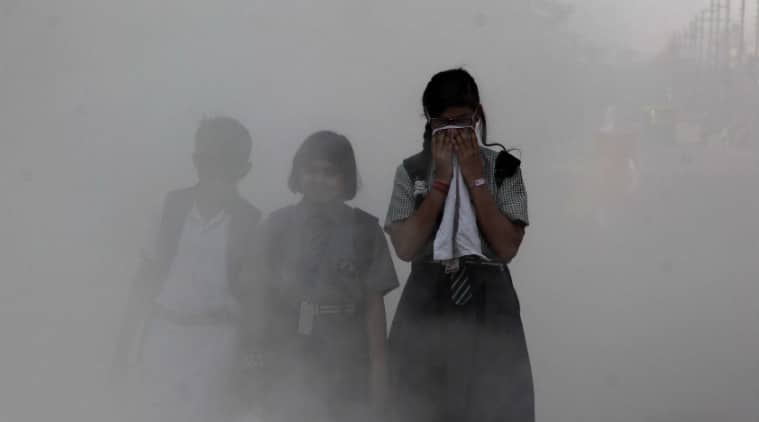 As the air quality in the national capital region shows no signs of improvement, the Supreme Court Tuesday came down heavily on the Delhi government after it summoned Chief Secretary Vijay Kumar Dev saying there cannot be a large-scale exodus due to scientific data pointing out that life span of people is being reduced because of severe pollution in the region.

The apex court, which also summoned the chief secretaries of Punjab, Haryana and Uttar Pradesh, said every year a “piquant situation” of severe pollution arises in the region for substantial period and the Delhi government, civic bodies and other state governments concerned are not performing their duties as enjoined upon them.

“This is blatant and grave violation of right to life of the sizeable population by all these actions and the scientific data which has been pointed out indicates that life span of the people is being reduced by this kind of pollution which is being created and that people are being advised not to come back to Delhi or to leave the Delhi due to severe pollution condition which has been created,” a bench comprising justices Arun Mishra and Deepak Gupta was quoted as saying by PTI.

While terming the situation as ‘shocking state of affairs’, the bench said, “There cannot be large scale exodus. People have to perform their duty in Delhi also and people cannot be evacuated from Delhi being a capital city.”

The bench observed that relevant authorities have “violated with impunity” the directions passed by the apex court as well the high courts in pollution matter. “Time has come when we have to fix the accountability for this kind of situation which has arisen and is destroying right to life itself in gross violation of Article 21 of the Constitution of India,” the bench said.

While passing a slew of directions to curb pollution, it directed the Centre, state governments concerned and Delhi government to take immediate steps to take care of the “emergent situation due to air pollution”.

Meanwhile, a statement from the Prime Minister’s Office said that the Union Cabinet Secretary reviewed the progress made in arrangements to control air pollution in Delhi/NCR region. It was observed that cases of crop stubble burning in Punjab and Haryana still continue and there is a need for more focused action.

Chinmayanand extortion case: Two BJP leaders from UP among six to be chargesheeted by SIT on Wednesday