Air quality in Delhi likely to remain ‘severe’ on Saturday

The minimum temperature recorded in the past 24 hours dropped to 11.1 degree Celsius. This is likely to drop to around 10 degree Celsius by November 14, the IMD says 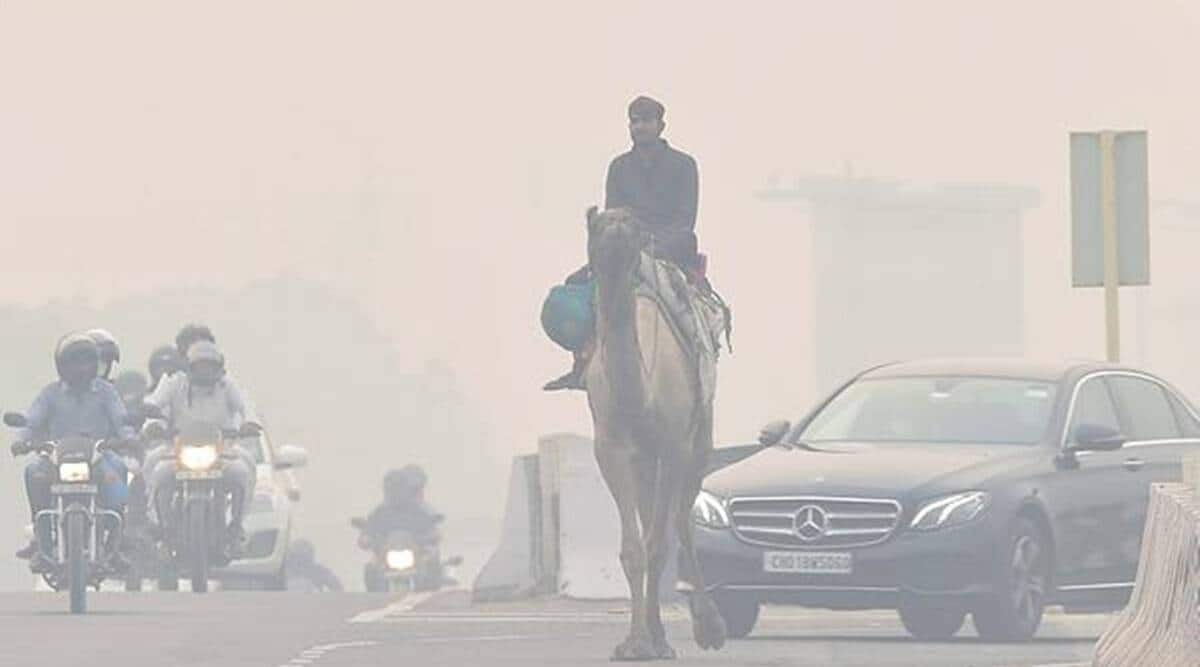 The minimum recorded in the past 24 hours dropped to 11.1 degree Celsius, down from a little over 12 degree Celsius on Friday, three degrees below the normal. (Express photo)

The air quality in Delhi is likely to remain in the ‘severe’ category Saturday, according to a morning forecast by the Air Quality Early Warning System.

It could remain in the ‘severe’ category on Sunday and Monday as well, the forecast indicates. AQI in the 401 to 500 range is considered ‘severe,’ and Delhi’s AQI has remained in the ‘severe’ category for the past two days. The dispersion of pollutants is made difficult by slow wind speed during the day along with calm conditions at night. The wind direction is from the northwest of Delhi and, therefore, favourable to carry smoke from the burning of crop residue.

PM2.5 levels remained above the 300 µg/m3 mark (considered the threshold for ‘emergency’ measures under the Graded Response Action Plan, if the figures persist for 48 hours or more), at some monitoring stations on Saturday morning, data from the Delhi Pollution Control Committee shows. At the monitoring station at Ashok Vihar, the PM2.5 level at 9 am was 444 µg/m3, while at Mandir Marg it was 395 µg/m3 and Wazirpur recorded 459 µg/m3.

PM10 levels also remained well above 500 µg/m3 at some stations. Anand Vihar recorded a PM10 level of 688 µg/m3 at 9 am, while the JLN Stadium station recorded a concentration of 549 µg/m3.