In an Academic Council meeting held Tuesday, 15 AC members submitted a dissent note against the Oversight Committee, alleging undue interference. They also accused the OC of being casteist, and said the committee did not have any subject experts. 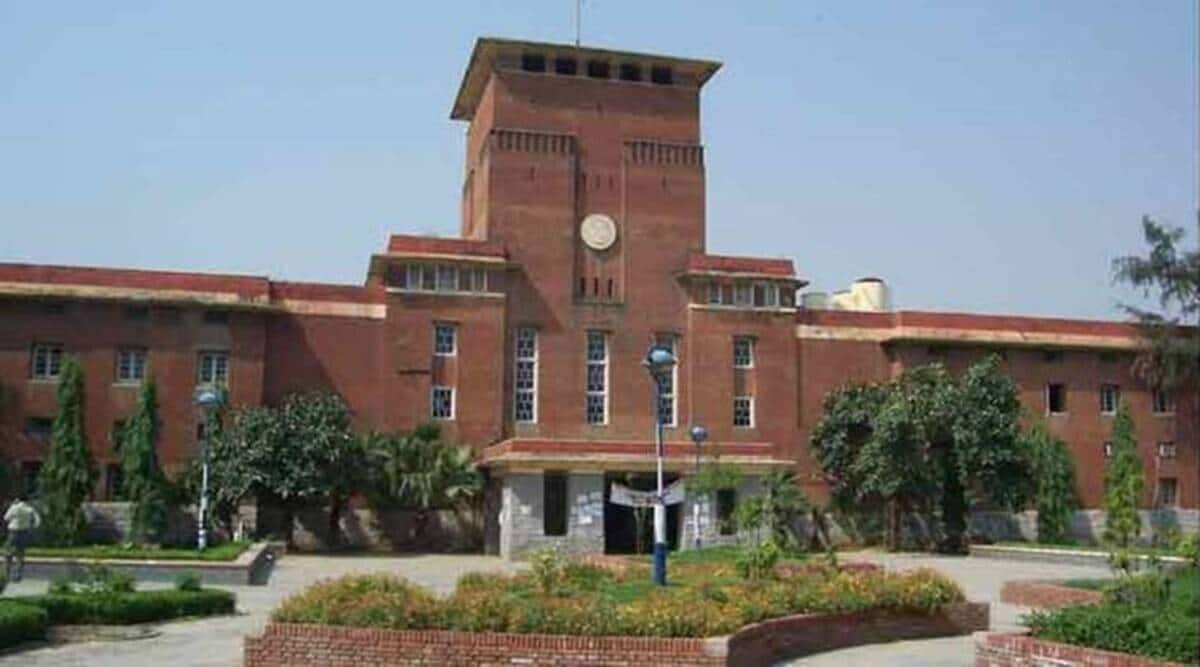 Candidates can check the qualification requirements for professor and associate professors on the official website at du.ac.in. File.

After coming under fire for removing two Dalit authors and renowned writer Mahasweta Devi from the English syllabus, Delhi University (DU) Registrar Vikas Gupta Thursday said the criticism was “misplaced and unfounded”, and that the syllabus was “inclusive” in nature.

In a statement, Gupta also said literary texts being taught as part of the syllabus should not have content that “hurt the sentiments of any individual” and that they should “portray a true picture of our society”.

DU’s Oversight Committee (OC) had removed two Dalit feminist authors – Bama and Sukhirtharini – from the Women’s Writing course and also done away with Mahasweta Devi’s ‘Draupadi’ — about a tribal woman who is gangraped by policemen after being picked up on suspicion of being a Naxal.

In an Academic Council meeting held Tuesday, 15 AC members submitted a dissent note against the OC, alleging undue interference. They also accused the OC of being casteist, and said the committee did not have any subject experts.

“This is for the information of all concerned that the University of Delhi has accepted the recommendations of the Oversight Committee with respect to the syllabus of BA (Hons) English course for Semester V. Some issues highlighted by a section of the media regarding the content of the syllabus are misplaced and unfounded as the syllabus of the course has been passed through a democratic process with the involvement of all the relevant stakeholders and necessary deliberations at appropriate forums,” Gupta said in a statement.

He also said “the final content of the syllabus” had been designed by the Department of English, and that it was done so after “deliberations and recommendations of the Head of Department”.

“A careful perusal of the present syllabus clearly brings out the inclusive nature of the syllabus under reference in terms of its diversity of content and inclusion of pioneering works of various renowned scholars of both national and international fame without consideration of their religion, caste and creed as, according to the University, excellence in academia is not subservient to these attributes,” said Gupta.

“The university subscribes to the idea that the literary content forming part of the text in a language course of study should contain materials which do not hurt the sentiments of any individual and is inclusive in nature to portray a true picture of our society, both past and present. Such an inclusive approach is important for the young minds who imbibe the teaching-learning emanating from the syllabus in letter and spirit. Therefore, the content of the syllabus depicts the idea of inclusiveness, diversity and harmony,” he added.

Also Read |DU drops Mahasweta Devi’s ‘Draupadi’ from English syllabus; here’s what the short story is all about

Responding to Gupta’s statement, DU Teachers’ Association Treasurer Abha Dev Habib said it was “ample evidence of the fact that the University administration is complicit in the unethical and unacademic chopping of authors like Mahasweta Devi from the BA (H) English syllabus”.

“The University has completely abdicated its responsibility towards upholding academic freedom and critical rigour in higher education in the name of ‘hurt sentiments’… It is a matter of extreme shame and concern that the Oversight Committee comprising of ‘senior academics’ has become an instrument to impose censorship on courses and readings as per the diktat of RSS-BJP,” she said.

Speaking to The Indian Express Wednesday, OC Chairman M K Pandit had said, “I don’t know the caste of authors. I don’t believe in casteism. I don’t look at Indians as belonging to different castes.”

Addressing allegations that there were no people from the concerned discipline in the OC, Pandit said, “I accommodate everyone’s point of view. They are all experts… I can read English, you can read English. If something offensive is written somewhere, we don’t need a PhD in literature to understand that.”