The policy was "modified" at the meeting of the SDMA chaired by L-G Baijal in the attendance of Kejriwal, Sisodia and other top functionaries of the administration, the L-G Secretariat said in a statement. 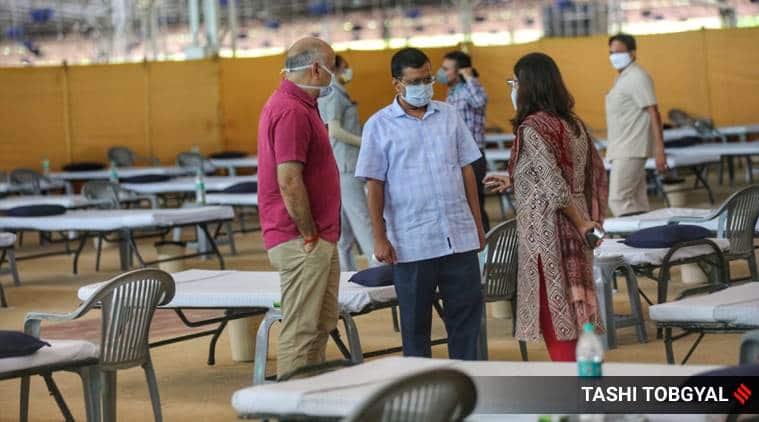 The Delhi state disaster management authority (SDMA) Thursday reversed the policy that mandated every Covid-19 positive individual to show up at institutional centres for clinical assessment and determining if they are fit for home isolation.

The Delhi Government had made it clear that it was “nearly impossible” to implement the policy, which came into effect on June 22. Both Chief Minister Arvind Kejriwal and Deputy Chief Minister Manish Sisodia had severely criticised the move and also flagged the issue with the Centre and Lt Governor Anil Baijal.

The policy was “modified” at the meeting of the SDMA chaired by L-G Baijal in the attendance of Kejriwal, Sisodia and other top functionaries of the administration, the L-G Secretariat said in a statement.

“The patient shall be allowed home isolation if, as per the assessment of Home Isolation team sent by the District Surveillance Officer, the patient is mild/pre-symptomatic/asymptomatic and has a residence of two rooms or a separate room and a separate toilet for the patient,” the statement said.

The statement further said the patients found fit for home isolation will be provided with a contact number for any medical consultation along with details of CATS (Centralised Accident and Trauma Services) ambulance call number for transfer to a hospital in case symptoms develop.

“If the said patient has moderate/severe symptoms with co-morbidities, he shall be transferred to the care centres, health centres or hospitals. In case his residence is not found to be fit for home isolation by the surveillance team, the patient will be admitted to COVID Care Centre for isolation as per Union Ministry of Health and Family Welfare guidelines,” the statement added.

Under the policy which has now been scrapped, patients testing positive through lab-based RT-PCR method had to be taken to care centres on ambulances for clinical assessment on the severity of infection while separate teams visited the households of the patients for assessing the eligibility of home isolation.

Those found positive through antigen tests were made to sit at the test centres until the assessment process was complete. The entire policy resulted in chaos owing to shortage of ambulances, staff crunch at the district levels already stretched due to rise in cases, hospitalisation and deaths.

Addressing a webcast after the SDMA meeting, Sisodia welcomed the decision. “We are happy that our demand to reinstate the previous system has been accepted. The method home isolation has been a highly successful in Delhi, where at least 30,000 patients have recovered while being at home,” he said.

Five mobile games that are actually based on popular Indian movies