On December 17, 2021, the Special Cell of the Delhi Police arrested Kataria, 48, accusing him of setting off an improvised explosive device (IED) inside a packed courtroom at the Rohini district court to eliminate Vashisht, 44. 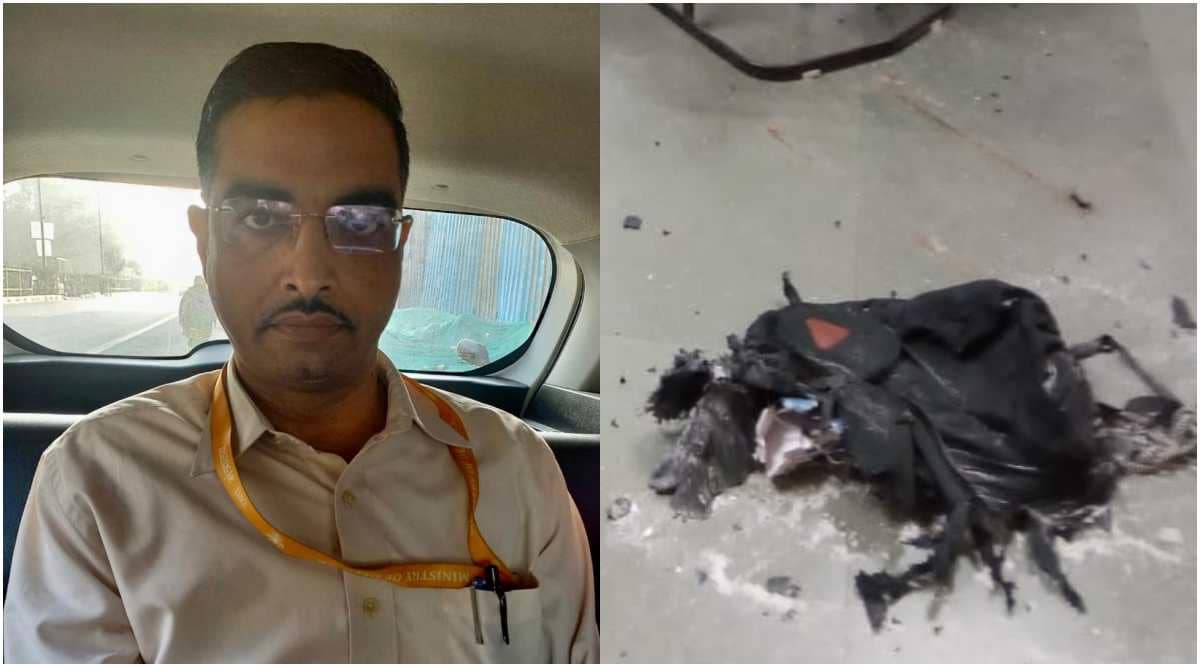 Bharat Bhushan Kataria was arrested in connection with the blast. (File)

Three decades ago, unbeknown to each other, their paths crossed.

Students of engineering at the Delhi Technological University (DTU), Bharat Bhushan Kataria would go on to become a scientist at the Defence Research and Development Organization (DRDO), accumulating over two decades of expertise in the design of laser systems, while Amit Vashisht, four years his junior in college, would return home after a lucrative corporate career in Canada.

This is the story of how their paths crossed again — this time, to dangerous consequences.

On December 17, 2021, the Special Cell of the Delhi Police arrested Kataria, 48, accusing him of setting off an improvised explosive device (IED) inside a packed courtroom at the Rohini district court to eliminate Vashisht, 44.

Police recently filed a supplementary chargesheet in the case following which the Patiala House court issued summons to Kataria.

However, Kataria, who has been granted an interim bail extension for 60 days, is unlikely to make an appearance anytime soon. On December 18, 2021, while in the custody of the Special Cell, Kataria allegedly ingested a “corrosive substance”, suspected to be a toilet cleaner, and sustained “corrosive injury to his esophagus and stomach”. He has been under treatment at a private hospital since then.

At a three-storey building in northwest Delhi, where the seeds of the dispute were first sown, Vashisht says, “I never thought in my wildest dreams that I would be targeted with an IED inside a courtroom.”

After his graduation from DTU, Kataria joined Bhabha Atomic Research Centre in Mumbai as a scientific officer before joining DRDO as a scientist the following year, in 2000.

That was the year Vashisht graduated from DTU with a degree in Mechanical Engineering. He worked at a top tech company for four years before going to Canada to study IT project management. After a successful stint at the Royal Bank of Canada, Vashisht decided to go independent and returned to India in 2012.

Kataria, meanwhile, had purchased a third-floor apartment — a “family dream” — in a building in northwest Delhi and moved in with his wife and two children. The Canada-returned Vashisht was to be his neighbour — two floors below, where he stayed with his mother.

The trouble began soon after – mostly neighbourly spats that worsened over time.

According to the Delhi Police’s 1,092-page chargesheet, the first dispute arose in 2012 over paying the installation cost for a lift in the building. Vashisht maintains that Kataria “falsely inflated the cost” of the lift, following which he filed a civil case that led to the MCD eventually demolishing the lift shaft in 2014.

More fights followed — over the construction of a staircase, the removal of water tankers.

Kataria and Vashisht are now involved in 10 cases that are pending before the courts and have 79 complaints registered against each other at the local police station.

“I had hoped to start an edtech firm after I got back from Canada. But after all this, I decided to become a lawyer,” says Vashisht of the career swerve he took — in 2018, he graduated with a law degree from Delhi University’s Faculty of Law. “I was tired of the false cases that Kataria kept filing against me, tired of hearing the PCR sirens outside our home.”

In a move that was to cause “huge embarrassment” to Kataria, according to the chargesheet, Vashisht filed several complaints with the DRDO, informing them about the court cases and stating that their employee was exhibiting “anti-social behaviour”.

Vashisht also filed a civil suit against Kataria when the latter tried to construct two rooms on the roof of the building, hoping to rent them out to earn additional income.

In 2018, unable to bear the burden of the mounting legal fee, Kataria and his family moved to a rented accommodation. According to the chargesheet, the financial strain was taking its toll – besides having to pay a monthly rent of Rs 50,000 for the house he had moved into, he had an EMI of Rs 65,000 on the loan he had taken for his northwest Delhi house. The pending court case made it impossible for him to sell his house either.

According to the chargesheet, Kataria, reeling under severe “mental pressure”, made up his mind – that Vashisht had to be eliminated “to secure his mental peace as well as to protect his family from huge monetary losses”.

On December 9, 2021, Kataria reached the Rohini district court to attend a hearing in one of the cases Vashisht had filed against him. The chargesheet says he entered through the gate reserved for lawyers, dressed in black lawyer robes. Slung across his shoulder was a black laptop bag and a square lunch box, which carried the IED. He knew the lawyers’ gate had fewer checks and, as expected, he breezed through.

He allegedly kept the IED near a cafeteria, before exiting the court, and again entering the court – this time through Gate Number 8 that’s reserved for pedestrians.

According to the police, he picked up the lunch box from where he left it at the cafeteria.

Kataria soon spotted Vashisht sitting on a chair in the back row and allegedly placed the IED behind him. He then walked a few steps away before allegedly detonating the IED using a two-wheeler key remote. A loud blast behind him — and Kataria knew his job was done. “Confident that Vashisht must have died in the blast” and before panic could set in, Kataria allegedly drew home.

Back in the smoke-filled courtroom, head constable Rajiv felt blood ooze out of his left shoulder. Vashisht says he thought that a mobile phone battery must have exploded and checked his own phone.

As the investigators moved in, all that was left behind were a torn black bag, a battery with multiple wires, black nails and a twisted lunchbox.

Following the blast, a report by the National Security Guard (NSG) stated that the IED detonated only partially and that the electronic circuit recovered from the site is an “off-the-shelf universal motorcycle alarm system with a remote control”.

The NSG report also concluded that the IED was not constructed properly and that the splinters and quality of explosives used suggested that the “target was personal and not aimed at infrastructure damage”.

With the investigators ruling out a terror attack, Kataria soon became a person of interest – a suspicion that gathered ground after they recovered a black bag with the logo of Edward Critical Care.

The probe revealed that the bags were distributed by Edward Critical Care Pvt Ltd during a doctors’ conference in 2006. It didn’t take long for the investigators to join the dots – Kataria’s brother-in-law was associated with the company during this seminar and he had handed over the bag to Kataria in the past, according to the chargesheet.

During searches carried out at Kataria’s house, police allegedly recovered photographs related to ignition trials that were taken from a DRDO booklet titled ‘Hazard classification testing of tracing, priming and booster composition’, and distributed to 11 Ministry of Defence establishments.

Searches at Kataria’s office led police to an open plastic pouch with screw nails of the same make as those recovered from the crime spot, the chargesheet says.
Back at his home-office in northwest Delhi, Vashisht has, over the last few years, obsessively collected every detail on Kataria that he could find, all stored in around 125 files — from court orders to the number of days Kataria took off from work.

“People think that I misused my lawyer status… If I wanted to misuse the law, I would have filed more than 400 cases against him. I was only taking recourse to the law that’s available for any citizen,” he says.

Kataria’s lawyers have denied the allegations in the chargesheet, which, they claimed, is based on “a botched-up investigation”.

His lawyer Mukesh Kalia says Kataria “has been falsely implicated” in the blast case. “My client never gave any confessional statement to the IO regarding his involvement. The confessional statement mentioned in the chargesheet is wrong and hence denied. It is a concocted story based on whims and fancies instead of any concrete evidence.”