Two people were killed in February when the apartment collapsed all the way to the first floor. 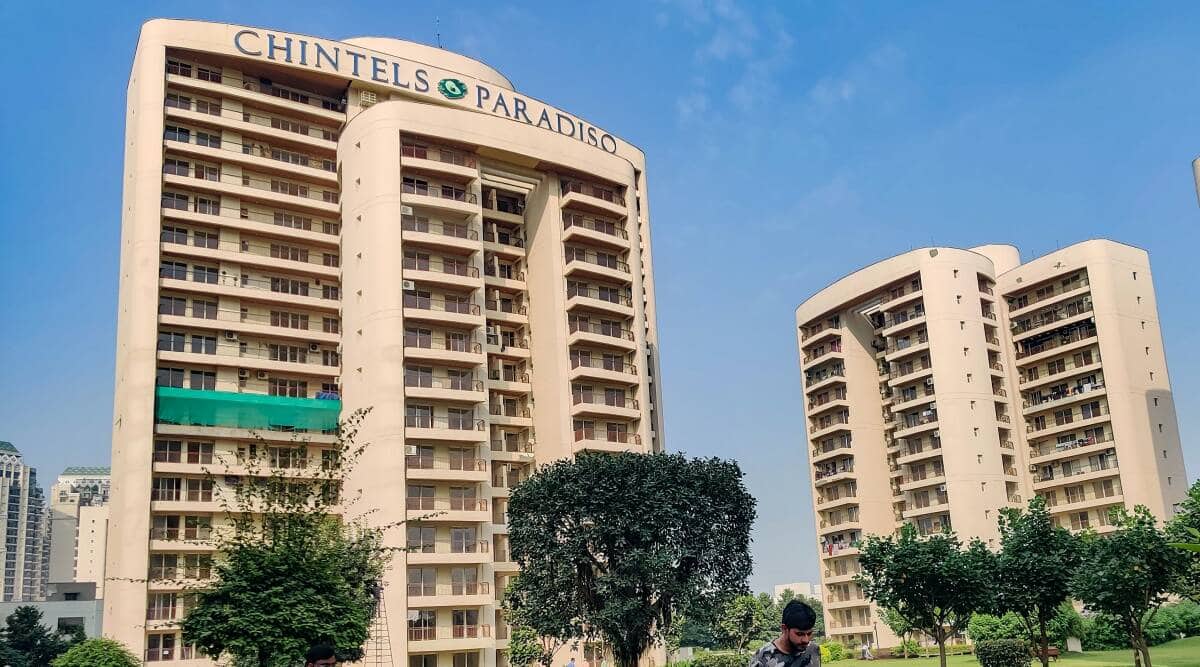 In November 2022, Gurgaon deputy commissioner Nishant Kumar Yadav passed an order and directed the developer of the society to permanently close tower D – which has 17 floors and 64 flats – so the process of its demolition can begin. (PTI)

The developer of Chintels Paradiso society in Gurgaon’s Sector 109, where a large portion of a sixth-floor apartment collapsed earlier this year, has informed the society’s residents that it is seeking a second opinion on conducting another structural audit of the affected towers. It opined that the affected towers were repairable. Two people were killed in February when the apartment collapsed all the way to the first floor.

In an email to the residents’ welfare association (RWA) of the society, the developer said it had repeatedly requested the Department of Town and Country Planning for copies of the lab test results on which IIT-Delhi had based its conclusion in its report. “Thus far there has been no response, in the absence of which we are unable to take a concrete decision to move forward. We have had preliminary discussions with the Central Building Research Institute (CBRI) and EIL (Engineers India Ltd) for conducting another structural audit in order to get a second opinion,” said the email from J N Yadav, vice-president, Chintels India Private Limited.

It further said, “Based on the advice of several technically qualified people, we remain of the view that all the affected towers of Chintels Paradiso are repairable because there are various technologies and methodologies around the world that are being used to restore age-old buildings and buildings with similar problems. We believe it will be foolhardy to rush and destroy a beautiful project, simply on the basis of an unsubstantiated report of an organisation, without exploring any other possible alternatives.”

The developer stated in the communication that since a majority of residents had expressed their desire to continue to live in the society, “we believe that… a second audit be conducted by a more credible and transparent agency such as CBRI and EIL or any other competent international agency, so that the project can still be salvaged.”

In response, the RWA said, “Considering the developer’s approach of challenging the IIT audit report, raising objections to the SIT inquiry committee report, and unsympathetic attitude towards apartment owners seeking legitimate demands, the RWA has decided to meet with the developer only when the owners/directors have clear intentions for the settlement of demands of the apartment owners and the agenda for discussion with residents is set accordingly.”

Also read |Why high chloride in Gurgaon residential society is a cause of worry for authorities, residents

In November 2022, Gurgaon deputy commissioner Nishant Kumar Yadav passed an order and directed the developer of the society to permanently close tower D – which has 17 floors and 64 flats – so the process of its demolition can begin. Yadav had said that on the recommendation of a report by IIT-Delhi and an inquiry by the district administration committee, the tower had been deemed unsafe for habitation. He had said that two more towers – E and F – where one of the balconies had sagged and distress in the floor of flats was reported, would also be vacated.

The committee’s report had mentioned that there was rapid and early corrosion of reinforcement that occurred due to the presence of excessive chloride in the concrete.