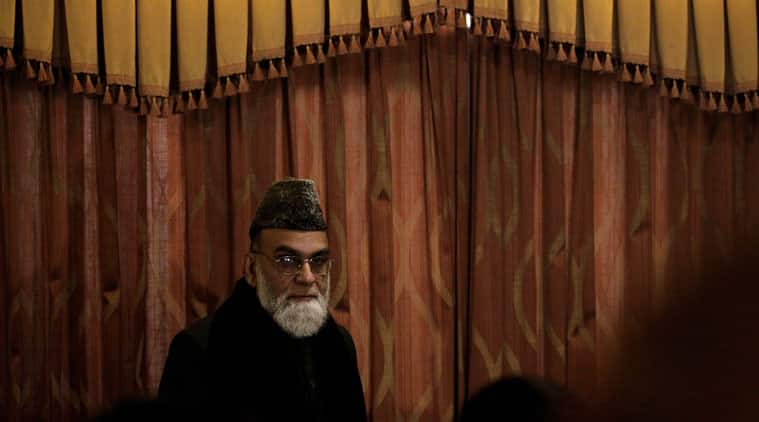 The Delhi High Court on Friday declared that the dastarbandi ceremony anointing Jama Masjid Shahi Imam Ahmed Bukhari’s son Shaban as the Naib Imam “shall not vest or create any right” in his favor.

Taking note of submissions made by the Central government and the Waqf board on Thursday, the court of Chief Justice G Rohini and justice RS Endlaw held that it is “of the opinion” that in the face of the contentions of the petitioners, supported by the Waqf board, the Dastarbandi ceremony scheduled on November 22 even if not stayed will not amount to anointment/appointment of the said son of Bukhari as the Naib Imam of Jama Masjid.”

The court also noted that since the Masjid was the residence of the Bukhari family, it “did not feel any need” to restrain the Imam from holding the ceremony in Jama Masjid. The court has also clarified that the anointment of Shaban Bukhari “or any other person as Naib Imam of the Jama Masjid shall be subject to further orders in this petition”. Shaban, son of Imam Bukhari as he is going to be New Shahi Imam, in New Delhi on Monday. (Express photo by Praveen Khanna)

The order also indicates future trouble for the Imam, with the court issuing notice to all parties to respond to the three PILs by January.

The court noted that “the Wakf Act 1995 provides only for appointment of a Mutawalli of a Wakf and contains no provision for appointments of Imams” and issued notice to Imam Bukhari, Central government, Waqf board, ASI, Delhi government, Delhi police, MCD, DDA to reply on the main petition which has challenged the continuation of Bukhari himself as the Imam.

The court in its order has noted that the Wakf board has declared itself the Mutawalli of the Jama Masjid, and pulled up the board for failing to take action so far against Bukhari. “No answer is forthcoming as to why the Delhi Wakf board has not exercised any rights or supervision over the Jama Masjid or as to why the Delhi Wakf board has allowed Maulana Syed Ahmed Bukhari to appropriate all earnings from the said mosque and also not taken any action for accounts thereof being not rendered despite court direction,” noted the court. Shaban with his father Imam Bukhari.  Shaban is going to be New Shahi Imam, in New Delhi on Monday. (Express Photo by Praveen Khanna)

Advocate DP Singh, who had appeared on behalf of petitioner Suhail Ahmed Khan, said that he welcomed the decision as the court had now decided to take up the larger issues in the case. Advocate Saif Mehmood, who had filed a second plea on behalf of an NGO also said that the “institutional integrity of the Jama Masjid and the Wakf Board” were at stake.

Hindu Mahasabha member Ajay Gautam, who had also filed a petition in the issue also welcomed the court order. “The state is governed by rule of law. The country has been independent for 65 years but the Jama Masjid has not become independent. It is being used for political and personal gain” said Gautam.