Behind Rajendra Pal Gautam resignation, conversion event — and his initial response to BJP

Within minutes of him having spoken to news channels, however, a message was conveyed to him not to make any more statements until the party had decided how to handle the situation, it is learnt. 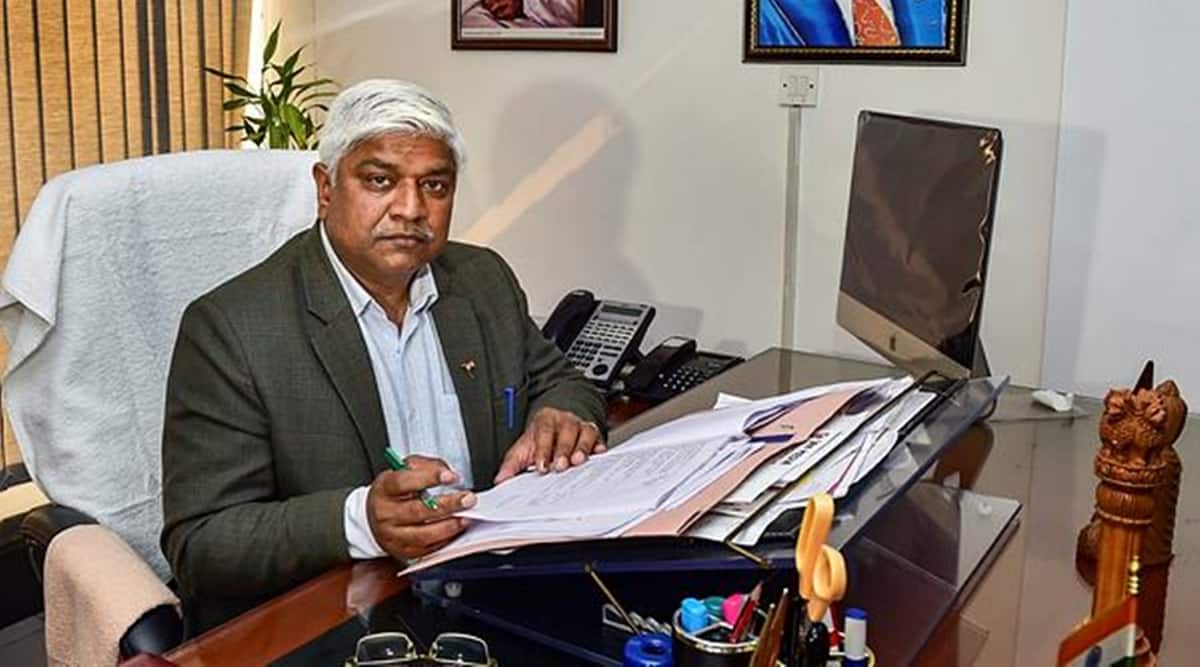 On Friday, not long after BJP leaders shared a video clip of AAP minister Rajendra Pal Gautam at an event where thousands converted to Buddhism, he told reporters that BJP was spreading false propaganda and that the vows taken at the event to not worship Hindu gods and goddesses were originally taken by BR Ambedkar in 1956.

Within minutes of him having spoken to news channels, however, a message was conveyed to him not to make any more statements until the party had decided how to handle the situation, it is learnt.

Later that evening, Gautam issued a formal statement which said that the BJP was spreading rumours about him, that only a section of his speech was being played by the BJP, and that he had spoken about things that AAP cares about — education, health and equality.

His resignation on Sunday, sources said, came after a meeting where Gautam spoke with AAP chief and Delhi Chief Minister Kejriwal and senior leaders of the party.

“There was discussion about why Gautam had said anything without clearing it with the party. Some leaders said that he should resign, but Kejriwal ji was not among them. He later sent his resignation,” said a source.

Sources, however, acknowledged that when the video initially emerged, the AAP chief too was “extremely displeased” with Gautam.

Also Read |Who is Rajendra Pal Gautam, AAP minister in eye of storm?

“Questions were raised on why he was present at an event where conversions were taking place. Gautam ji explained that he had been going for the event every year. The impact of BJP’s attack on the Gujarat polls was also discussed,” a source said.

The minister, in his resignation letter, said he was resigning because he did not want Kejriwal or AAP to suffer.

“Arvind Kejriwal ji has given me a lot of respect and support and I will always be grateful to him… I appreciate the party’s work on education, health, power, water, employment and women and child development. Babasaheb Ambedkar’s dreams can be fulfilled only by walking this path,” he wrote.

This is not the first time the party leadership has been on a different page than Gautam. In March, amid protests by anganwadi workers, AAP divested him of the Women and Child Development portfolio. That decision was taken due to his “handling” of the protests, officials said, particularly because the women did not end their protest even after the government had increased the stipend paid to workers and helpers.

If Gautam’s resignation is accepted, AAP will have to look at other candidates for his post. According to AAP officials, the names of Vishesh Ravi (MLA Karol Bagh), present Deputy Speaker of the Delhi Assembly Rakhi Birla (MLA Mangolpuri) and Kondli MLA Kuldeep Kumar have been discussed.

Over half of 1k EV charging points in apartments: Data