Discoms standoff : Says firms will have to go if they violate terms of agreement 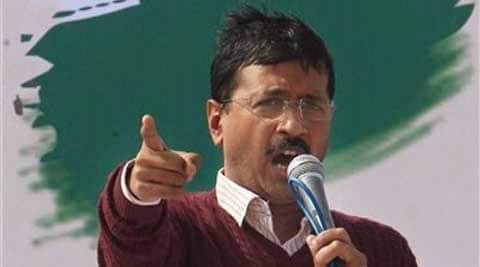 Kejriwal also said that he was not sure if he would contest the Lok Sabha elections but said “if a need arises, I would contest.

Chief Minister Arvind Kejriwal on Sunday said the people of the city “should be ready for some difficulties if power discoms continue with their blackmailing tactics”. He said the power companies in question “would have to go” if they violated terms of their agreements with the Delhi government, including uninterrupted supply of power.

Kejriwal told PTI, “We would be very happy to work with them if they want to do honest business. But if they (discoms) violate the terms… then they better go… I will not allow the discoms to blackmail the people of the city but rest assured that our government will not let Delhiites live without power. But, if we want to stop the blackmail, we should be ready for some difficulties in the transition period and everyone will have to bear it.”

Kejriwal also said there were no cracks in his relationship with Najeeb Jung, despite shooting off a letter to the Lt-Governor, expressing displeasure at the L-G seeking the opinion of the Solicitor-General on the constitutionality of the Jan Lokpal Bill.
In the letter, Kejriwal had asked Jung to only uphold the Constitution, and had said he knew that the Lt-Governor “had to deal with pressure from the Congress and the BJP”.

“There are no cracks. I really admire him. He is a very nice guy and is particularly fond of me. My relations with him are very good,” Kejriwal said.

Asked about AAP leader Ashutosh calling Jung a “Congress agent”, Kejriwal said that AAP leaders should be mindful of their words. “There could be anguish in the minds of some of our party leaders, but whatever be the intensity of our anguish, we should mind our words,” he said.

Kejriwal also told PTI that he was not sure if he would contest the Lok Sabha elections but said “if a need arises, I would contest, but my first commitment is towards Delhi. The AAP will identify Lok Sabha constituencies from where corrupt candidates from other parties would be contesting and fight against them. That number could be 150 or 350. We are not saying, our party will form the government at the Centre… but the more our people are elected to Parliament, more it will be difficult for corrupt people.”

Kejriwal has proposed that the licences of the BSES discoms in the city be suspended if they are unable to ensure power supply in the capital. BSES runs two companies that supply electricity to nearly 70 per cent of Delhi. They reportedly owe around Rs 300 crore to power-generating company NTPC. The Appellate Tribunal for Electricity had directed the DERC not to take a final decision on revoking the licences of BSES discoms without its permission.

The Supreme Court has also asked the NTPC not to snap supply to the discoms over non-payment of dues until March 26. Says firms will have to go if they violate terms of agreement.