"Take bribe form Congress and BJP if they offer you. If they don't ask them to give," said Kejriwal. 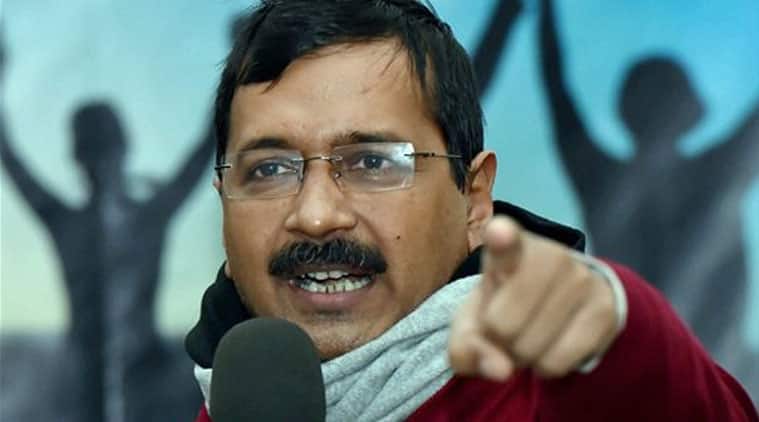 AAP Chief Arvind Kejriwal today kicked up a controversy by asking voters in Delhi to take “bribes” from BJP and Congress but to vote for AAP in the upcoming Delhi Assembly election.

He asked the voters to “fool” BJP and Congress by voting for AAP even after accepting “bribe money” from them while accusing the parties of “deceiving” the people for years.

“And if any party does not show up, go to its office and take the amount saying we were waiting but you didn’t come,” Kejriwal said amid cheers from the crowd.

“Take money from both the parties but vote for AAP. We will fool them this time. They have been deceiving us for the last 65 years. Now it’s our turn,” he said.

Kejriwal also took a dig at Prime Minister Narendra Modi saying that his Ramlila Maidan speech was a let down from which he had “high expectations”.

“I had high expectations from the Prime Minister’s Ramlila Maidan rally speech. But it such a let down. He spent half the time branding me a Naxalite and criticising me for sitting in
dharnas.

“This kind of politics is not good. Politics should rather be issued based,” he said.

In an apparent reference to the recent religious conversion row and controversial remarks by certain BJP leaders and saffron outfits, the AAP supremo slammed BJP for “ditching” its electoral plank of development.

“They used to speak of development. But they have ditched development for (dharm parivartan) religious conversion. Now we also hear comments on Nathuram Godese’s temples, women wearing jeans,” Kejriwal said.

In his 25-minute speech, the AAP Chief once again attacked BJP state President Satish Upadhyay alleging a nexus between him and the power discoms.

“Ask BJP who installed the fast running meters? I won’t name him as they have already filed several cases against me but you people very well know. Even the Congress people are a part of this nexus,” Kejriwal said, holding up documents in the air as “proof”.

He alleged that BJP was “friends” with many top industrialists because of which it was unable to bring down power tariff in the capital.

The former Chief Minister promised to bring down electricity tariff if voted to power, repeatedly accusing BJP of having “wrong intentions”.

“They know how to bring the tariff down but they won’t. The point is their very intention is wrong in the first place,” Kejriwal said.

Accusing the saffron party of demolishing slums after coming to power at the Centre, the AAP leader alleged that the land of the poor was being handed over to big business houses.

“BJP has demolished slums in Rangpuri, Wazirpur, Vasant Kunj and Okhla promising to build pucca houses. People are being forced to sleep out in the open in this inclement weather. Should they wait for seven more years and sleep on the streets till they get pucca houses?” he asked.

Kejriwal also sought to clarify on why he resigned as the Delhi Chief Minister last year after running the government for a mere 49-days.

“I resigned because BJP and Congress ganged up against the government in the Assembly and did not allow us to pass any law. Congress would meddle in every affair.

“I admit that I made a mistake. I should have gone to the people asking them whether I should resign or not. But little did I know that President’s rule will be imposed for so long,” Kejriwal, who had formed the government with the outside support of Congress, said.

Seeking full majority in the upcoming polls, he said that AAP is the only party that is competent to usher in good governance by putting an end to bribery, corruption inflation.

He also promised to bring back e-rickshaws if voted back to power.