Indian man ‘killed Queensland woman because her dog barked at him’: Investigators

Toyah Cordingley was killed on October 21, 2018, when she was walking alone with her dog at Wangetti beach, north of Cairns, in Queensland state. Her body was found 12-16 hours later by her father and police. 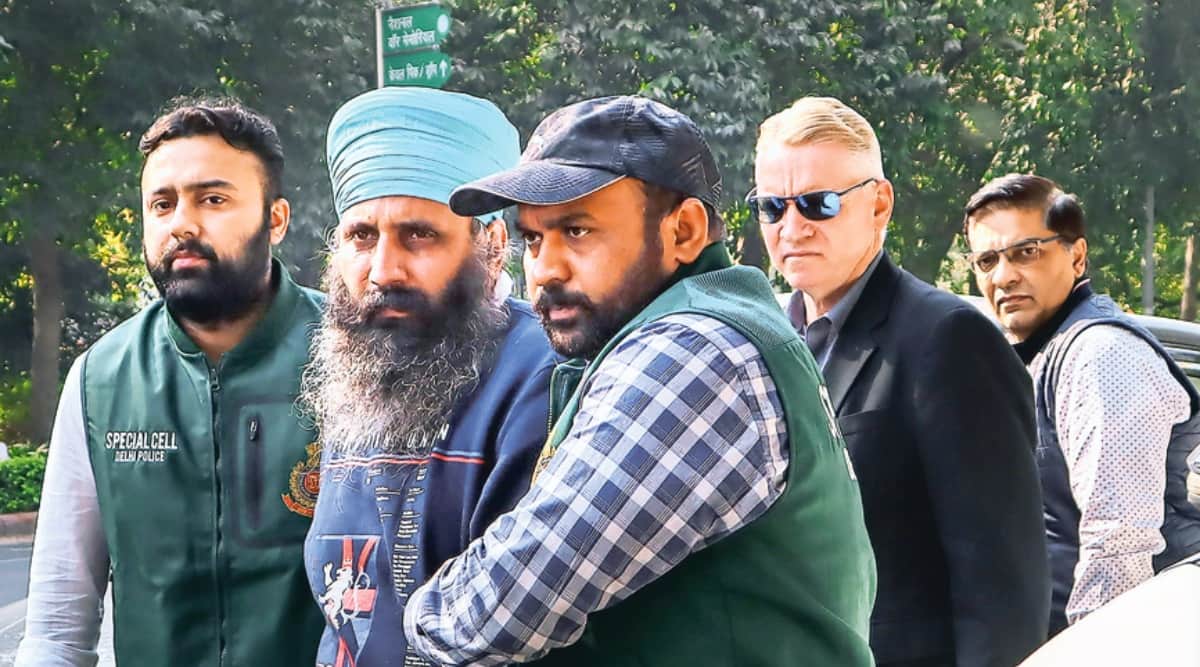 Rajwinder Singh after his arrest in Delhi on Friday. PTI

An Indian man who allegedly killed an Australian woman in 2018 before fleeing that country was arrested Friday in Delhi, police said.

Rajwinder Singh, 38, was carrying a reward of $1 million. Investigators said he killed his victim, 24-year-old Toyah Cordingley, because her dog barked at him.

He was arrested from North Delhi’s GT Karnal Road and produced before a court for the extradition process.

The Queensland Police had offered 1 million dollars for any information on him.

Investigators said Singh had been changing hideouts as well as his look to evade arrest. Cordingley was killed on October 21, 2018, when she was walking alone with her dog at Wangetti beach, north of Cairns, in Queensland state. Her body was found 12-16 hours later by her father and police. It was reported that the body was “half buried” in the sand and had “visible and violent” injuries. She was allegedly strangled as well. According to reports, Cordingley was a pharmacy worker and also worked with an animal refugee centre.

We can confirm a man has been arrested in India today following a significant investigation into the tragic death of Toyah Cordingley in Far North Queensland in 2018.

Delhi Police, which questioned Singh, said he had gone to that beach after an argument with his wife. He was carrying a kitchen knife and some fruits.

According to investigators, Cordingley’s dog barked at Singh, which angered him and led to an argument. He allegedly stabbed her multiple times, buried the body in the sand and tied the dog to a tree before returning home, in Innisfail town. There, he collected his passport and, on October 23, 2018, left for India.

Sources said Singh, who worked as a nurse in Australia, emerged as a suspect after CCTV footage was scanned in the Cairns area. He became a “person of interest” as he was seen near a beach that was far from his residence.

As Queensland Police began a manhunt, Singh fled the country, leaving behind his wife and three children.

In India, Punjab Police looked for him but he kept changing hideouts. At one point, he stayed in a gurdwara as a sewadar, investigators said.

On November 4, the Australian High Commission announced a $1-million reward for information leading to his arrest. Queensland Police also released footage of Singh walking around an airport.

A Delhi Police spokesperson said: “The Interpol had issued a red corner notice against Singh. The CBI and Interpol were involved. They got a non-bailable warrant issued against Singh under the Extradition Act on November 21 from the Patiala House Court.”

Delhi Police launched a search operation after receiving inputs from CBI and other agencies.

“While he was not in touch with his family, he was in touch with some friends, and we managed to put him under surveillance,” said an officer.

“At around 6 am on Friday, based on the inputs shared by CBI, Interpol and Australian counterparts, an intelligence-based operation led to the accused. He was apprehended from GT Karnal Road in North Delhi. He is being produced before the court concerned as per law for further proceedings,” said a Delhi Police spokesperson. The team that caught him included inspectors Vikram Dahiya and Nishant Dahiya.

Police sources said Singh will be extradited to Australia in connection with the case. He hails from Buttar Kalan in Punjab’s Moga and moved to Australia more than two decades ago.

“He was not in touch with his wife or kids. His parents live in Punjab but we have found that he was not in touch with them either. He was frequently changing his hideouts in Punjab and Delhi. He was in transit in North Delhi when our team arrested him. He changed his look to evade arrest. He is being questioned and produced before the court,” said a police source.

Police sources suspect that the accused came to India and started living in Punjab. “It was last year when the Australian Federal Police contacted the government and Queensland Police officers also came to India. There were inquiries conducted and we even started a door-to-door verification process at Singh’s village to find him,” said the source. When he was arrested, Singh was seen wearing a turban and sporting a beard.

Following the arrest, Queensland Police Commissioner Katarina Carroll told the media: “Toyah was reported missing in October 2018 before her body was tragically discovered at Wangetti Beach, North of Cairns…The man (Singh) was believed to be avoiding apprehension in the Punjab region in India since travelling to the country on October 23, 2018… Even though it’s been four years, I am so pleased we can now make further progress in bringing closure to her family. It was never a question of if, only when this day would come.”

Putin to meet mothers of soldiers fighting in Ukraine