A life in Covid: Hotel manager to delivery staff to roadside death

Hailing from UP's Ayodhya, Tripathi had worked in several star hotels before climbing a step up to become a restaurant manager in the heart of Delhi. 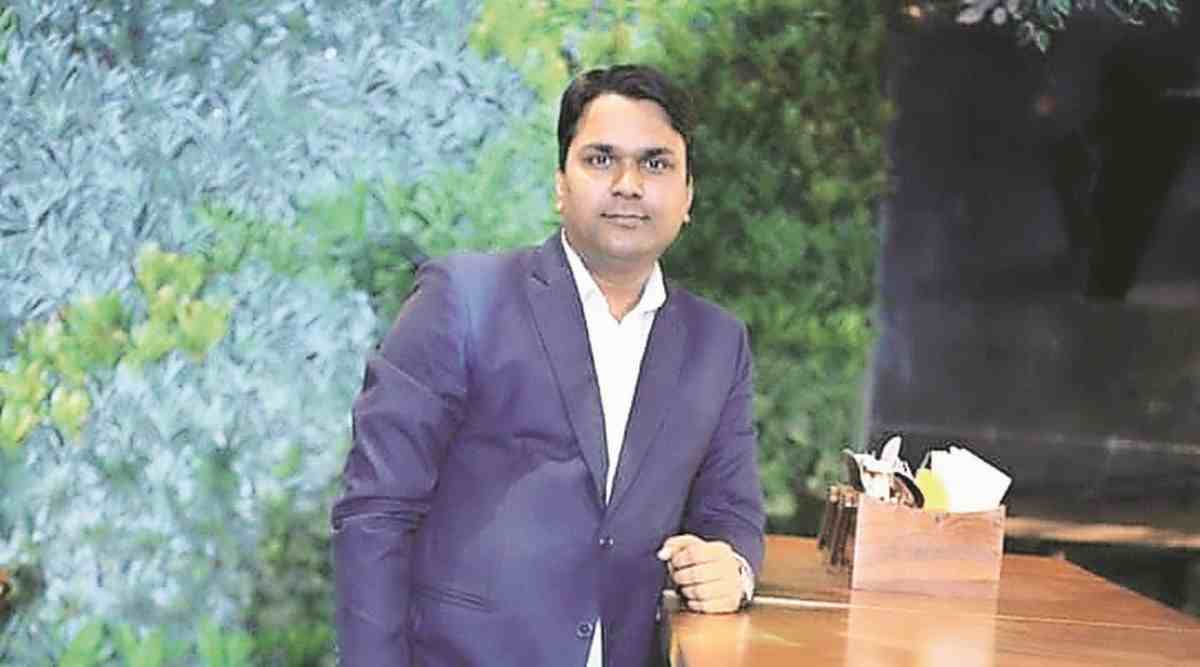 Salil Tripathi (38) worked as a manager at Ricos in Hudson Lane and had taken on the Zomato job to earn extra, said his family.

In many ways, the life of Salil Tripathi told the story of an entire nation’s workforce, its moorings lost in wave after wave of an unrelenting pandemic. And in so many ways, his death summed up the tragedy.

Hailing from UP’s Ayodhya, Tripathi had worked in several star hotels before climbing a step up to become a restaurant manager in the heart of Delhi. He was leading a comfortable life at 36, according to his family, settling down in a bustling suburb in the national capital with his wife and their son — and so much more to look forward to.

Until 2020 dawned, and the first lockdown came. Tripathi lost his job in the first wave, his father in the second. And within a year, this hotel management graduate had become a Zomato delivery executive.

On Saturday night, the final blow came in the form of an SUV driven by a police constable. The vehicle, police say, knocked him down. The driver, eyewitnesses claim, was allegedly drunk. Tripathi died on the spot, leaving behind his wife and 10-year-old son, and their home in Rohini’s Budh Vihar.

When Tripathi was hit, he was waiting for a food order.

“There was a time when Salil was earning well and leading a comfortable life. He would also send money to us. After the first lockdown, everything changed. We were struggling to make ends meet. Now, we have lost him. We don’t know how we will run the house now. I am a farmer, and I don’t have much savings,” said Tripathi’s elder brother, Manoj, who lives in Ayodhya.

Salil Tripathi with his wife and 10-year-old son

According to his family, Tripathi finished his schooling in Delhi before joining JP Institute of Hotel Management and Catering Technology in Meerut. He started working in 2003, and held jobs at City Park hotel, The Suryaa hotel, Park Plaza Hotels & Resorts, and Rico’s restaurant.

“Salil was a manager at the restaurant in Hudson Lane, but was removed from his job after it shut down during the first wave. He was at home for a few months and used up all his savings. We thought the lockdown was temporary and Salil would get his job back, or find another well-paying job soon. He found one at a café but lost that too in 2021 because the owners faced losses due to Covid. Since then, he’s only had this delivery job,” said Manoj, the brother.

Tripathi’s wife Sucheta says his father, a former mechanical engineer at a printing unit, died from Covid last April. “It wasn’t easy for us… Salil’s employers didn’t even give him his salary. He had to join Zomato to help pay for school fees and other expenses. He worked day and night…the job was exhausting and he was not earning as much. I was always worried for him,” she said.

According to DCP (Rohini) Pranav Tayal, the constable involved in Saturday’s accident, identified as Zile Singh, was arrested the same night. The police are also looking into claims by eyewitnesses that he was under the influence of alcohol at the time. “We conducted a blood alcohol test and are awaiting the medical report,” said a senior officer.

But all that’s of little consolation to the family. “What do I do now? I have lost him forever. My son keeps asking questions,” Sucheta said, adding that they might shift to Ayodhya soon.

His friend, Sameer, said: “We worked at the same restaurant, but many staffers were laid off during the first wave. I knew he was struggling, but he was strong. He was an honest man and a great friend. He loved his family and never complained.”

The family said a Zomato official came to meet them though they are yet to get any financial help.

When contacted by The Indian Express, a Zomato official said: “Our team has already visited them and collected documents to ensure financial help is provided with the help of our insurance partners. There could be a delay from the insurance partner’s side. We have initiated the process. The support team is in touch with the family.”

The official also said there has been an increase in the number of delivery partners they employ since the lockdown. “Most of them are students or individuals who want to do an interim gig for 2-3 months before they can land a better job.”