Launched earlier this month, Zero Waste Chennai is all about implementing a decentralized waste management system in the city and making Chennai sustainable and garbage-free in its 200 wards. 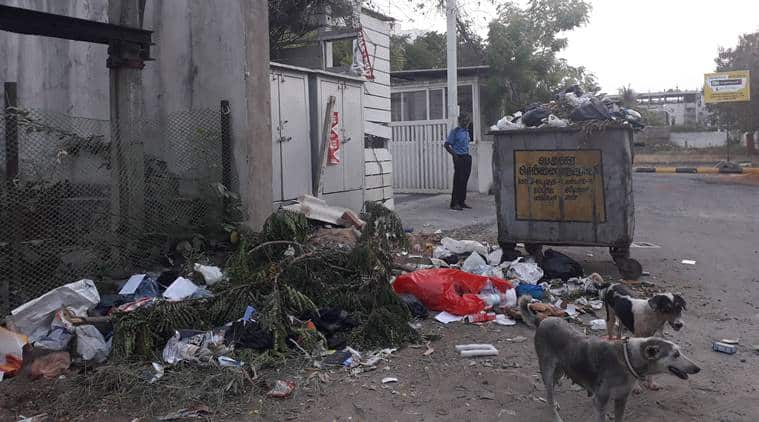 The garbage piled up on the streets of Chennai. Photo by Shreyaa R

The Greater Chennai Corporation (GCC) and the Citizen Consumer and Civic Action Group (CAG) has signed a Memorandum of Understanding to kickstart the Zero Waste Chennai project, which is to be implemented for the first time in the city.

Speaking to Indianexpress.com about the MoU, Vamsi Shankar Kapilavai, a researcher at CAG says, “There is an emphasis for managing waste in a decentralised manner in Chennai since the two landfills, Kodungaiyur and Perungudi which are currently being used by the Greater Chennai Corporation have reached their maximum capacity, following which the idea for Zero Waste Chennai was conceived.”

The programme aims to individually cover all 15 zones in the city which comprise of 200 wards in total, following the success of the pilot which was implemented in Ward 100, Anna Nagar, earlier this month. Kapilavai says that they had conducted door to door campaigns during the pilot and is confident about the project.

Elaborating on the MoU, Kapilavai said that there are very few cities in India which have a decentralized waste management system and with this MoU, Chennai has now joined their ranks.

Managing waste in a decentralized manner involves dividing the waste management system into sub-systems among the 15 zones in Chennai, with each ward being able to manage the waste generated within the ward itself. This is where the Zero Waste Chennai programme kicks in. “We break the system down into three parts – wet waste or organic waste, dry waste or non-biodegradable waste and sanitary waste. Our main target is to recycle 100 per cent of the wet waste through composting and 70 per cent of the dry waste. That part of the dry waste which cannot be recycled will have to be changed through design or by asking the producers to take back their products”, says Kapilavai. Currently, multi-layered plastic items which cannot be recycled are sent to incinerators and burnt, which is something that Zero Waste Chennai aims to change. As far as sanitary waste is concerned, they are being sent to the landfills since there are no facilities available to recycle sanitary napkins and diapers now.

“Either the design has to be changed or other sustainable menstruation methods need to be practised for managing sanitary waste”, he said. CAG will be responsible for planning and managing the programme while the Greater Chennai Corporation will handle the execution. “Since we do not have the manpower to implement a programme of this scale, we will cross-check the implementation and monitor their performance through a review meeting which will be held once in two weeks”, he says.

Since this is the first time that waste segregation is being implemented in the city on a large scale, Kapilavai said that every morning, one woman, termed as ‘Animator’ under the Swacch Bharat Mission will accompany a tricycle on its rounds as it collects waste from 250 households a day. “Each ward has one animator and her task is to educate the residents about the segregation of waste and its importance and teach them to segregate waste”. 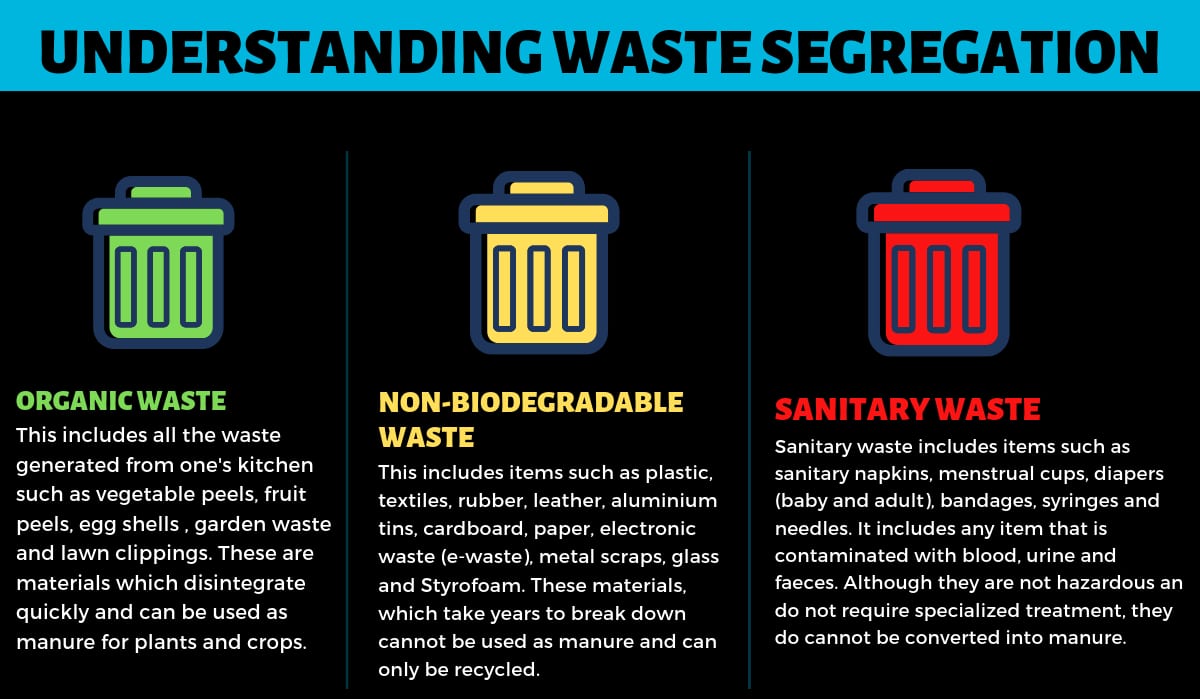 At present, CAG is focusing on ward 100 while the Greater Chennai Corporation is focusing on developing its infrastructure and getting them back on track for Zero Waste Chennai. Kapilavai says that once the system is in place, it will be handed over to the zonal officers to implement in their respective wards.

Going forward, Kapilavai says that apartment complexes should soon have their own waste management systems in places before getting a permit for construction. “An apartment which has more than 50 flats is considered to be a bulk waste generator, so as per the rule, they need to have their own waste management system in place. We are in talks with the Greater Chennai Corporation to implement this”, says the researcher.

While changing the mindset of people could be an arduous task, Kapilavai said that with continuous education, follow up and perseverance, waste segregation will become ingrained into the lives of the people. “It is all about ground contact”, he concluded.

Modi’s swearing-in at Rashtrapati Bhavan: Know some key features about the President of India’s official home