The staff at Sri Manakula Vinayagar Temple said Lakshmi, who was brought to the temple at the age of six, was more like a family member and they were unable to bear the loss. 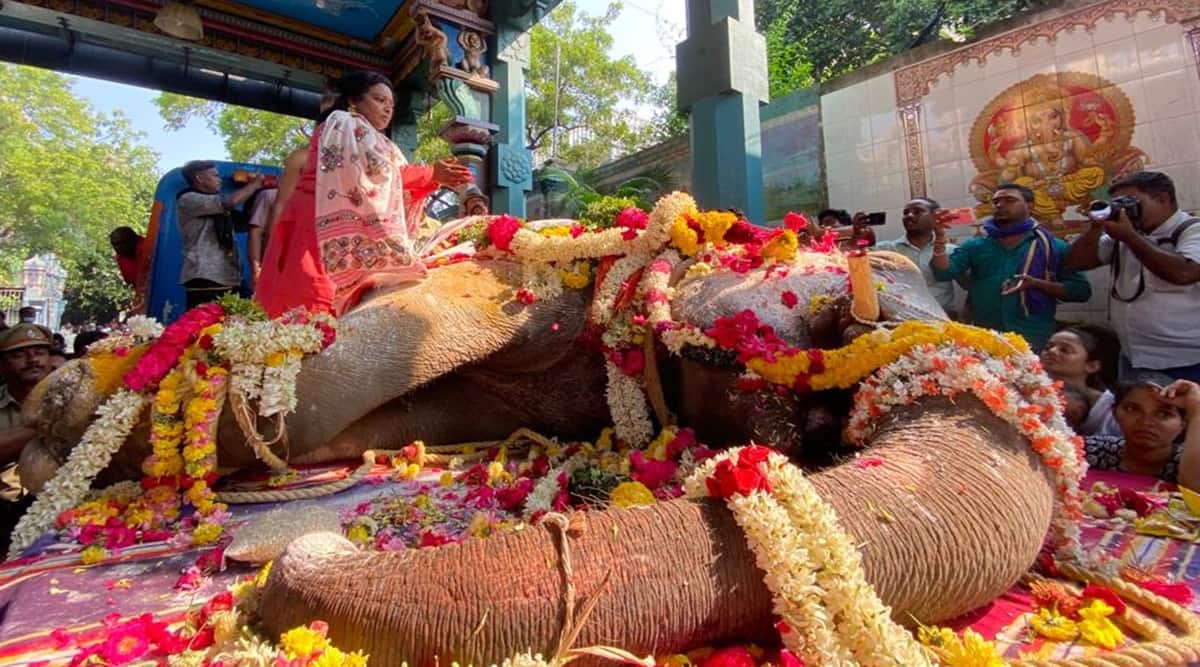 Lakshmi, the 32-year-old elephant of Sri Manakula Vinayagar Temple in Puducherry, collapsed on the road and died of a suspected cardiac arrest Wednesday morning. The elephant was on her routine daily walk, accompanied by two mahouts, when she collapsed, according to the temple authorities.

Soon after she fainted, veterinary doctors checked on her and declared her dead. A crane lifted the the body and brought it to the temple premises in a lorry. The priests performed the rituals after the death and the temple’s main door was closed mourning the loss.

Recalled her blessings during my visits to the temple,” she tweeted.

Paid last respects to "Laxmi" Sri Manakula Vinayagar Temple's Spiritual Elephant in #Puducherry.
Recalled her blessings during my visits to the temple.

Hundreds of devotees gathered before at the temple to catch a glimpse of their beloved elephant for one final time. They showered petals and placed wreaths on the body. Police personnel were deployed to control the crowd.

The temple staff said Lakshmi, who was brought to the temple at the age of six, was more like their family member and they were unable to bear the loss.

The authorities said after the completion of the postmortem, the elephant would be cremated near the temple premises Wednesday evening.