The initiative which was launched on Wednesday will continue till Friday, said AR Malaiyappasamy, the owner of the petrol pump at Tirumanilaiyur village in Karur district. 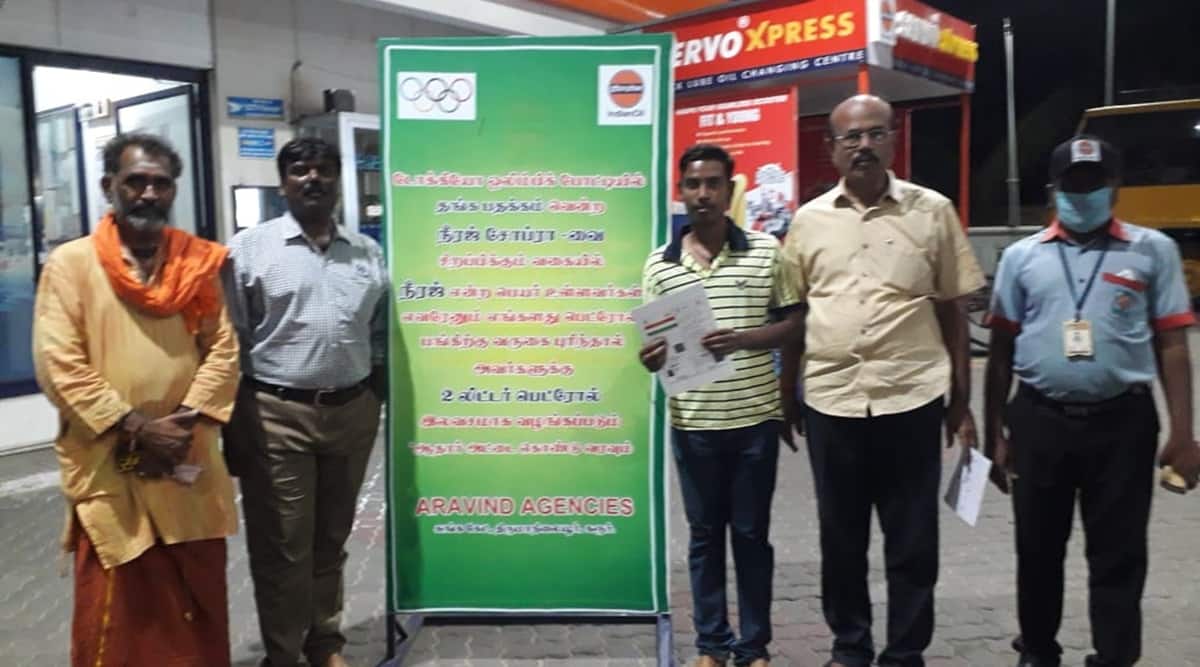 To avail this offer, people named Neeraj or Sindhu will have to produce their Aadhaar card at the petrol pump. (Express Photo)

To celebrate Olympians Neeraj Chopra and PV Sindhu who clinched gold and bronze medals respectively in the Tokyo Olympics, a petrol pump at Tirumanilaiyur village in Karur district is offering free fuel to their namesakes. According to the owner AR Malaiyappasamy, a former Pattali Makkal Katchi MLA, the initiative which was launched on Wednesday will continue till Friday.

“Neeraj Chopra, born in a non-affluent family, has brought laurels to the country by winning a gold medal in javelin. As a token of appreciation, we decided to provide two litres of free petrol to people named Neeraj. From today (Thursday), we are planning to provide one litre of free petrol to people named Sindhu. Till now, only three people named Neeraj have reached our pump because it is not a very common name here. In Tamil Nadu, Sindhu is a very common name and so I hope more people will turn up today,” he said.

To avail this offer, people named Neeraj or Sindhu will have to produce their Aadhaar card at the petrol pump. “Yesterday a person who hails from West Bengal but works at a private company here in Karur availed this offer. This is done to honour our champions. What are we going to take back with us when we die? Through these kinds of initiatives we can at least bring some joy to the youngsters,” said Malaiyappasamy who runs an educational institution as well to help students from the underprivileged communities. He said being an avid sports enthusiast, he would keep motivating youngsters to excel in sports.

Jeopardy! gets new hosts in Mike Richards and Mayim Bialik