Alleging that the state government was trying to prevent all the union government's schemes from reaching the poor, he urged his party workers to making sure all the initiatives go to the beneficiaries. 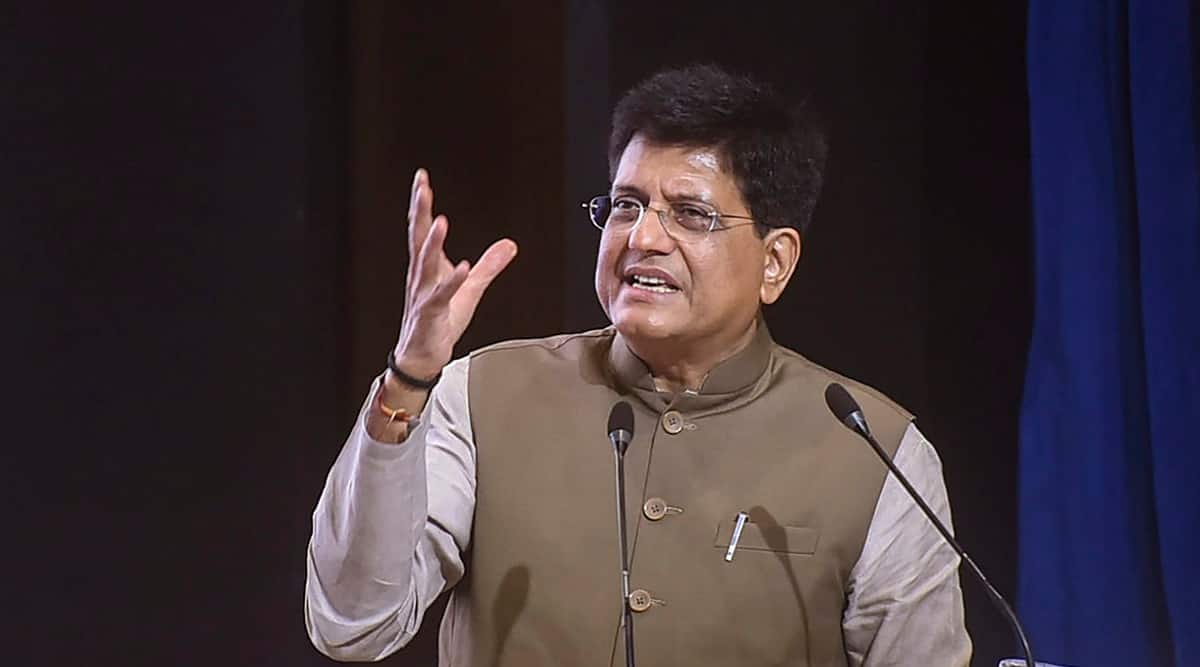 Union Minister Piyush Goyal on Sunday trained guns on the DMK government in Tamil Nadu, alleging that it was involved in corruption and ignored the development of the poor.

The Minister of Commerce and Industry, Consumer Affairs, Food and Public Distribution said the DMK was ‘so scared’ of the Centre that it was not even allowing to affix the photograph of Prime Minister Narendra Modi on the central government schemes being implemented in the state.

He was speaking at the inauguration of stalls of central government schemes as part of public outreach here.

Subscriber Only Stories
View All
What Mayawati’s silence on Sidheeque Kappan case says
A prisoner in Pakistan: An IAF pilot’s tale of courage and fortitude
How a toilet campaign changed lives, helped women in Telangana’s Narayanpet
Conspiracy, data theft with ex-staff: Digital India firm accuses pvt company
Monthly plan to access Budget
Other reads |AIADMK’s succession war gets rancorous with no rapprochement in the offing

Continuing his tirade against the ruling DMK, Goyal said, “the government is fully engaged in corruption… completely not taking up the developmental works for the poor but, doing development work of their son and son-in-law.”

“There is no place for family politics and there is place for karya kartas (in the BJP).”

“We cannot have two or three families running the state. The karya kartas present all over Tamil Nadu should raise and take care of the state. We will finish corruption and will give good governance,” he assured.

Alleging that the state government was trying to prevent all the union government’s schemes from reaching the poor, he urged his party workers to making sure all the initiatives go to the beneficiaries.

“Have you ever heard me or (BJP Tamil Nadu President) Annamalai using abusive language even while addressing the DMK leaders?” he asked the gathering.

“We may have political differences but, we respect the mandate of the people and the constitutional position.”

Goyal, who is on a day-long visit to the city, also met students at the Indian Institute of Technology, Madras here and urged them to innovate and contribute to India’s growth story.

“Bold vision, Big Ambition. India offers the unbeatable combination of talent, scale and skill to the world,” the Union Minister said in his official micro-blogging site.

Later, at the Exporters’ Conclave organised by the Directorate General of Foreign Trade, he asked the exporters to contribute with a sense of duty and commitment towards the growth of the country.

“Prime Minister Narendra Modi in the last 8.5 years has changed the style of functioning and the mindset of the government.” he said.
The PM has focused on introducing ‘Ease of Doing’ business and a friendly approach between the government and other stake holders, he said.