The resolution was passed unanimously in the Assembly as all parties, including the ruling DMK's allies Congress and VCK and even the state opposition AIADMK, supported it. 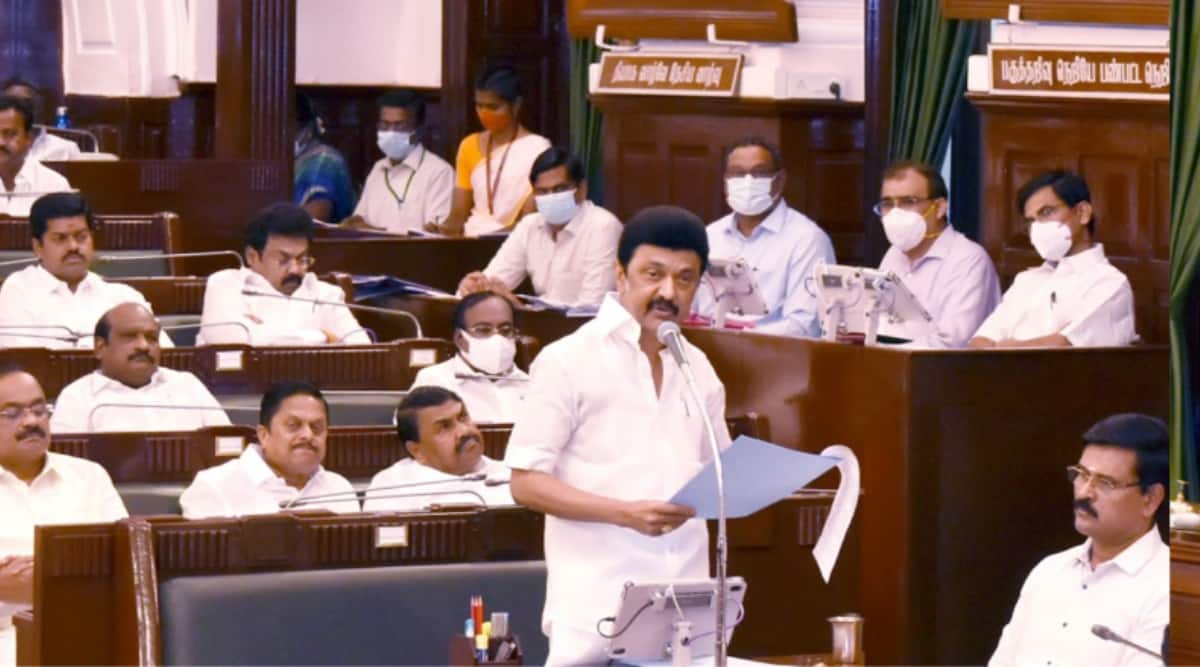 Stalin has already written to Prime Minister Narendra Modi a week ago requesting to withdraw the CUET for admission in all central universities.(Twitter/@CMOTamilnadu)

Alleging that the Common University Entrance Test (CUET), like NEET, will sideline the diverse school education systems across the country, the Tamil Nadu Assembly passed a resolution urging the Centre to withdraw the proposal to conduct the test for admission to undergraduate programmes in all the 45 central varsities across the country.

The resolution was passed unanimously in the Assembly as all parties, including the ruling DMK’s allies Congress and VCK and even the state opposition AIADMK, supported it. However, the BJP walked out of the Assembly expressing their dissent against the move.

The resolution came after the Centre’s announcement that admissions for various courses in all central universities funded by the University Grants Commission (UGC) will be made only through CUET and conducted by the National Testing Agency (NTA) from the 2022-23 academic year.

The Centre also said that students will be accepted to such colleges based only on the scores in CUET and not the marks secured by students in their Class 12 board exams.

Subscriber Only Stories
View All
Replacing addresses with three words… the world of What3words
Delhi Confidential: Pro-public on Republic Day
Meet the woman who found name missing from voter list in UP — and took th...
At DGP meet, officers flag Islamist, Hindutva outfits in radicalisation
Apply New Year promo code SD25
Explained |Entrance test for central universities: how and why

The resolution moved by Chief Minister M K Stalin said the state Assembly feels that any entrance examination that is based on the National Council for Education Research and Training (NCERT) syllabus will not provide an equal opportunity to all students who have studied in varied state board syllabi across the country.

“In most states, the state board syllabus constitutes more than 80 per cent of the total student population, and these students invariably hail from the marginalised sections. Hence, an NCERT syllabus based entrance examination would place this deserving majority in a disadvantageous position in securing admission to central universities,” said the resolution.

Stalin said the state Assembly feels that in Tamil Nadu’s context, the resolution said, it is likely to drastically reduce the number of students from the state in various central universities and affiliated colleges.

“The people of Tamil Nadu feel that it will only favour further mushrooming of coaching centres. It is also felt that enforcing such an entrance examination along with regular schooling will lead to mental stress among the student community,” the resolution said.

Stalin has already written to Prime Minister Narendra Modi a week ago requesting to withdraw the CUET for admission in all central universities.

Bank of Baroda hikes MCLR across tenors by 0.05%