Less than 6000 cases have been recorded for the second consecutive day in the state. (Representational)

As many as 5,778 persons were discharged following treatment, taking the number of recoveries to 1,83,956. The number of active cases stood at 57,968.

The Regional Meterological Centre (RMC) in Chennai has forecast heavy rainfall in parts of Tamil Nadu today. Coimbatore, Niligiris, Salem, Dharmapuri, Krishnagiri, Theni and Dindigul are expected to receive heavy rainfall over the next 24 hours.

Low-key celebrations marked Bakrid (Eid-al-Adha) in Tamil Nadu on Saturday amid the coronavirus pandemic, confining the festivities to homes. Also, the four months of COVID-19 lockdown, resulting in job loss or decreased income among the people has imposed economic hardship among many Muslims in celebrating the "festival of sacrifice" with great enthusiasm.

Several Muslims symbolically sacrifice a goat or a sheep as an act of qurbani. Ahead of Bakrid, the Tamil Nadu Thowheed Jamath (TNTJ), which has over 800 mosques under its control across the state, appealed to the members of the community to avoid congregation, as advised by the state government and support the administration in the fight against COVID-19 and offer prayers at home.

"We asked our members to be safe and follow healthy practices during the celebrations. We don't want the infection to spread. We even asked them to clean the places where the goats are sacrificed properly and strictly advised against public sacrifice," M Ibrahim, state secretary of TNTJ, said. "The coronavirus has affected the overall economy. Realising that many among us are unable to buy during this festival, we made arrangements to help reach food to the deserving," he said and added "no one should go hungry during this festival."

Here are the deaths in the top 10 zones in Chennai:

With 10,167 recoveries, Royapuram (Zone 5) has the highest recoveries among the 15 zones in Chennai. Here are the recoveries in the top 10 zones:

Health department to take action against private hospital in Chennai

The Tamil Nadu Health Department will be taking action against a private hospital in Kilpauk, Chennai for charging a fee of 12,20,000 from a patient for COVID-19 treatment for 19 days.

The Government has warned that severe for charging excess fee than the prescribed fee.

Here are the active cases in the top 10 zones in Chennai:

A total of 58 flights will fly between Chennai and major cities today, with 29 arrivals and 29 departures scheduled at the Chennai International Airport.

With the Tamil Nadu government having extended the lockdown in the state till August 31, officials at the Chennai International Airport have announced that the restriction on flight operations to Kolkata have been extended till August 15.

Arrivals from Kolkata will continue as scheduled during the period.

The following trains are cancelled:

Good morning!
Welcome to the live blog from Chennai where we bring to you the latest updates on COVID-19, lockdown in Tamil Nadu and more in the state throughout the day. Follow the blog to stay up to date with the state in real time.

Tamil Nadu recorded 5881 cases on Friday, taking the state tally to 2,45,859. Less than 6000 cases have been recorded for the second consecutive day in the state. Among these, Chennai reported 1013 positive cases, bringing the city's total to 99,794.

Tamil Nadu recorded 97 deaths today, putting the state toll at 3935. 89 of them had succumbed due to comorbidities.

Veteran music director Ilaiyarajaa has lodged a police complaint, alleging Prasad studio owner Sai Prasad and his associates of having damaged his music notes and other belongings kept in a room which was used by the director for more than 40 years. 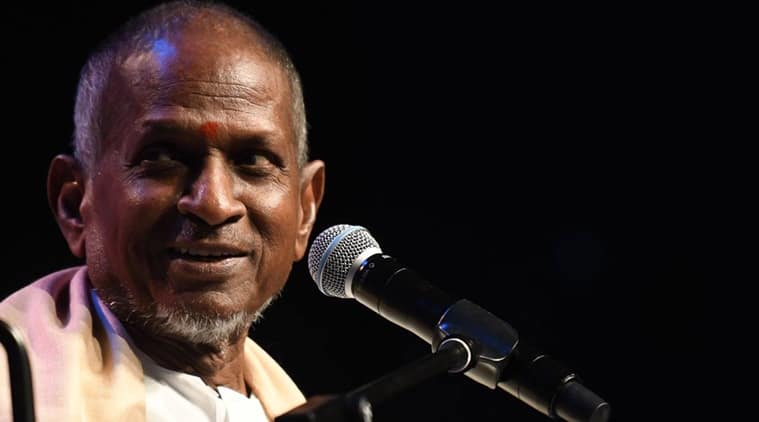 The complainant alleged that Velu Prabhakaran had made a defamatory speech against popular Kanda Shasti Kavacham, Hindu religion and Hindus on a web portal. He was arrested from his residence in Chennai on Friday.

Tamil Nadu lockdown till August 31: What is not allowed

Tamil Nadu lockdown till August 31: What is allowed

Tamil writer and documentary filmmaker Sa Kandasamy died on Friday morning due to age-related ailments. He was 81.

Kandasamy's novel Vicharanai Commission won the Sahitya Akademy award in 1998. His documentary 'Kaval Deivangal' earned accolades across the globe and it won the first prize at Angino Film Festival in Cyprus.

Kandasamy is survived by his wife, two sons and a daughter.

For the convenience of students participating in Engineering Counselling, Anna University has released the exam results of last year students.

Zero per cent pass rate has been recorded in Ariyalur’s K K C College of Engineering and Technology and Kancheepuram’s Lord Venkateshwara Engineering College. In 16 engineering colleges, the number of students who have passed the exams varies from one to nine.

Tamil Nadu Minister for School Education K A Sengottaiyan has announced that students can now sit for their Class 11 arrears exams while studying in Class 12.

A total of 58 flights will fly between Chennai and major cities today, with 28 departures and 28 arrivals scheduled at the Chennai International Airport.

An aerial view of Kamarajar Salai and Marina beach during the lockdown in Chennai.

Tamil Nadu Chief Minister Edappadi K Palaniswami extended the lockdown in the state till August 31 but with more relaxations, including allowing private establishments to scale up workforce and permitting dine-in services in hotels and restaurants.

Fresh relaxations have been announced in the areas under the limit of Greater Chennai police and in other districts as well. All commercial establishments, private companies, and other business entities can now operate with 75 per cent workforce, up from 50 per cent earlier.

Tamil Nadu, with 2,34,114 cases and 3,741 deaths as of Thursday, is the fourth-most affected state in the country after Maharashtra, Karnataka and Andhra Pradesh. The largest chunk of the cases have been reported from capital city Chennai, followed by Thiruvallur and Madurai.

The state is still seeing a rise in daily cases. For six consecutive days, till Wednesday, the state recorded over 6,000 infections daily. While the 7,000 mark is yet to be breached, numbers have hovered very close to it for several days.

In more worrying sighs, the disease has also started percolating to rural areas from urban centres. Further, frontline workers have been increasingly contracting the disease. From health to corporation officials, several people have tested positive for the disease in recent weeks.