Tamil Nadu Chennai Coronavirus (Covid-19), Lockdown Latest News July 27, 28 Highlights: A total of 5,723 patients were discharged from hospitals following treatment, taking the number of recoveries to 1,62,249. There are 54,896 active cases in the state.

Parts of Chennai received moderate to heavy showers today late in the afternoon.

The Chief Minister distributed masks to five people at the Secretariat, marking the inauguration of the first phase of the scheme, where masks will be given to beneficiaries through ration shops.

Around 4.44 crore reusable masks, purchased at a cost of Rs. 30.07 crore will be distributed to 69.09 lakh families in panchayats, municipalities and corporations barring the Greater Chennai Corporation (GCC), an official release said.

A road in Chrompet was flooded after parts of Chennai received heavy rainfall late in the afternoon.

Summa therikka vittuduchu with many stations crossing 50 mm in city like Valasarawakkam, KK Nagar, etc in less than an hour. Kolapakkam ARG behind Airport has got 63 mm in an hour. pic.twitter.com/BLNfbWsp0W

The National Highways Authority of India (NHAI) has said to the Supreme Court that for the Salem-Chennai eight-lane green corridor road project, environmental clearance is not required prior to land acquisition.

In April 2019, the High Court issued an order requiring prior environmental clearance for the project. Following this, NHAI appealed to the Supreme Court.

The case was heard by Justice Arun Misra and on behalf of NHAI, Solicitor General Tushar Mehta appeared and argued. He argued that this project is of "national importance" and does not require prior environmental clearance.

The case has been adjourned till August 6.

Chennai District Collector Sita Lakshmi has tested positive for COVID-19. She has been admitted to Kings Institute of Preventive Medicine and Research at Guindy, Chennai for treatment.

That's my little boat sailing down the street! #ChennaiRain pic.twitter.com/A3h6p0xVll

The official statement mentions that water will be let out from the dam for 120 days till November 28, as requested by the farmers of Kodiveri.

The statement also informs that 24,504 acres of farming land present in towns such as Gobichettypalam, Bhavani and Anthiyur in Erode will receive irrigation facilities due to this order.

Tamil Nadu Minister for Municipal Administration S P Velumani on Tuesday backed Oscar-winning composer A R Rahman on him being allegedly denied work in the Hindi cinema industry because of a "gang" there, asserting the musician was beyond boundaries.

It was a matter of "regret" that Rahman, "who has scaled Himalayan heights" by winning hearts across the world, could not get good films because some persons were spreading rumours about him in the Hindi cinema industry, Velumani said in a tweet.

Rahman had earlier claimed there is a "gang" in the Hindi film industry that is preventing him from getting work. His comments came amidst a raging insider versus outsider debate in Bollywood following actor Sushant Singh Rajput's untimely demise last month.

"Those acting against our Rahman, who has taken music which has no boundaries beyond borders and brought fame to India, are condemnable. I express my wholehearted support to him," he tweeted.

Online registration for engineering counselling has begun. Meanwhile, All India Council for Technical Education (AICTE) has released the number of seats available in engineering colleges across the country.

In total, 2,94,570 seats are available for under-graduation and post-graduation engineering studies in Tamil Nadu.

The department of Higher Education has decided to conduct engineering counselling from September 17 to October 6.

Puducherry assembly to be closed till July 31

After three persons, including the assistant of an MLA tested positive for Covid-19, Puducherry Legislative Assembly secretary R Munusamy announced that the assembly complex will remain closed till July 31.

The CM also announced that 11 other companies which were newly established following an investment of Rs 3185 crores are all set for production. These 11 companies will provide 6955 people with jobs.

EPS made the announcements at a virtual event which took place at the secretariat in Chennai. Minister for Industrial Department of Tamil Nadu, M C Sampath and Chief Secretary of Tamil Nadu K Shanmugam IAS took part in the event

The Chennai police Monday busted an illegal gambling center in Nungambakkam. The spot used for gambling allegedly belongs to Tamil actor Shaam who was arrested alongside 12 others.

Based on a tip-off, a special police force had conducted a raid on the actor’s residence in Sterling Road on Monday night. According to reports, packets of playing cards, tokens and other items found in a casino have been seized by the police.

The F-3 Nungambakkam police registered a case against the actor and others. They were let off on bail.

Senthil Vasan of Karuppar Koottam, a YouTube channel which had faced flak for ridiculing Kandhi Sashti Kavacham and hurting religious sentiments has been booked under the Goondas Act. Vasan had been arrested by the police last week.

Tamil Nadu BJP had filed a complaint on the viral video, which allegedly made derogatory comments against the Hindu deity Lord Muruga and a hymn, Kandha Sashti Kavacham. A total of 16 people have succumbed to COVID-19 in Chennai over the last 24 hours. Nine deaths were recorded in Rajiv Gandhi Government General Hospital, four in Kilpauk Medical College and Hospital, two at Tamil Nadu Government Multi Super Speciality Hospital at Omandurar Estate and one at a private hospital in Nandambakkam.

A total of 58 flights will fly between Chennai and major cities today, with 29 arrivals and 29 departures scheduled at the Chennai International Airport.

12 DCPs to address public grievances via WhatsApp in Chennai

The DCPs will address the public from 12 pm to 1 pm every Tuesday and Friday.

Tangedco has announced a powercut in parts of Chennai today from 9 am to 2 pm.

Close to 7000 cases recorded on Tuesday

A total of 5,723 patients were discharged from hospitals following treatment, taking the number of recoveries to 1,62,249. There are 54,896 active cases in the state.

The Madras High Court on Monday directed the Central government to constitute a committee to decide on the issue of providing OBC reservation in all-India seats (AIQ) surrendered by Tamil Nadu for medical admission.

Such a committee comprising representatives from the Centre, state and Medical Council of India should be constituted within three months, the court said. The first bench of Chief Justice AP Sahi and Justice Senthilkumar Ramamoorthy also made it clear that any decision made by the committee shall be applicable only from the next academic year.

Asserting that there was no legal bar in providing OBC reservation in AIQ seats as contended by the MCI, the bench said it was not passing a positive order to provide the reservation only in view of settled law that courts cannot interfere in policy matters of the government, unless in cases where fundamental rights are affected.

'Reservation is not a legal or fundamental right,' the court added. The bench passed the order on the batch of petitions moved by the Tamil Nadu government, the DMK, AIADMK, PMK and other political parties challenging the decision of the Centre not to provide OBC reservation in AIQ seats for medical admission. 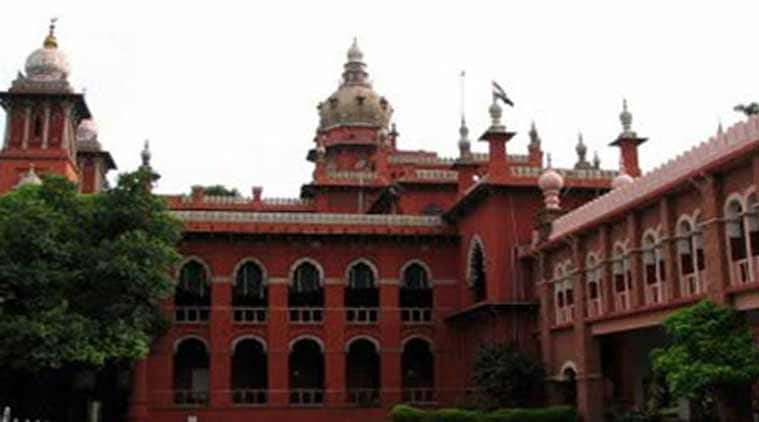 His post-retirement plans include a trip to the Himalayas. “If there was no corona lockdown, now I would have been in the Himalayas. This corona ruined everything”, he says.

For over a decade postman D Sivan braved harsh weather, hilly terrain, and even wild animals to deliver mail to some of the most remote areas of Tamil Nadu’s Coonoor. “I had been chased by a mother elephant once. On that day, I thought I wouldn’t survive to deliver mail to those eagerly waiting for my arrival with good news,” he recalls over a phone conversation.

On March 7 this year, the 65-year-old hung up his khaki satchel in which he carried letters and pension money. In a career spanning nearly 35 years, it was only in the last decade that Sivan’s job was filled with adventure.

A 62-year-old widow living alone in her apartment in Chennai city suburbs has filed a police complaint against ABVP national president Dr Subbiah Shanmugam, accusing him of harassment, including urinating and throwing used surgical masks at her doorstep.

The incident reportedly followed a disagreement over parking slots at the housing society. The woman, who does not want to be identified, demanded payment for his use of a parking slot owned by her. In her complaint, filed at the Adambakkam Police Station on July 11, the woman has attached CCTV footage and photos that purportedly show the ABVP leader urinating at her doorstep.