Haasan made the remark while addressing MNM workers virtually, in the run up to the urban local body polls in the state scheduled on February 19. 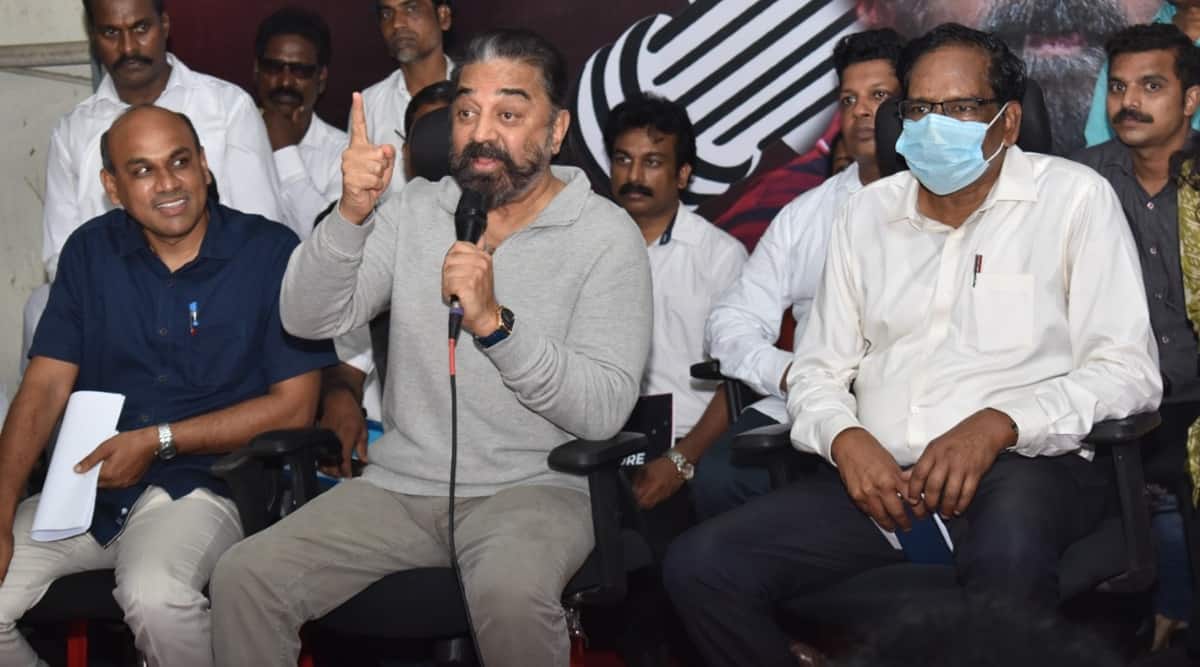 Makkal Needhi Maiam (MNM) leader Kamal Haasan on Wednesday said the candidates of his party in the civic polls are like sanitation workers as they have the task of removing the menace of corruption just like the sanitation workers remove garbage from the streets.

Haasan made the remark while addressing MNM workers virtually, in the run up to the urban local body polls in the state scheduled on February 19.

“You (candidates) should remember that you are working for your next generation. You have the strength to bring the cleanliness you experienced in other countries like Singapore to your area. Just like how you take care of your own babies, you should take care of your street and ward,” he said.

The MNM leader said that candidates should not think that “some other leader like EPS (Edappadi K Palanisami), OPS (O Pannerselvam), or MKS (MK Stalin) would bring about the change, and they should get on to the field to achieve the goals.”

“Our politics starts from our streets. Our politicians failed to implement the promises they made. Remember, you (candidates) have come to change this appalling situation. Remain a part-time politician, it is more than enough. Spend just five hours a day on public issues and we will be able to bring about a change in politics,” Haasan added.

The MNM leader said that he will take action against his partymen if they engage in corruption. Talking about MNM workers joining other parties, he said that the rival parties should be thanked for taking out the “bad apples” from the MNM.