While granting the bail, the Justice said the priest should stay at Trichy and report before the Thillai Nagar Police station daily until further orders. 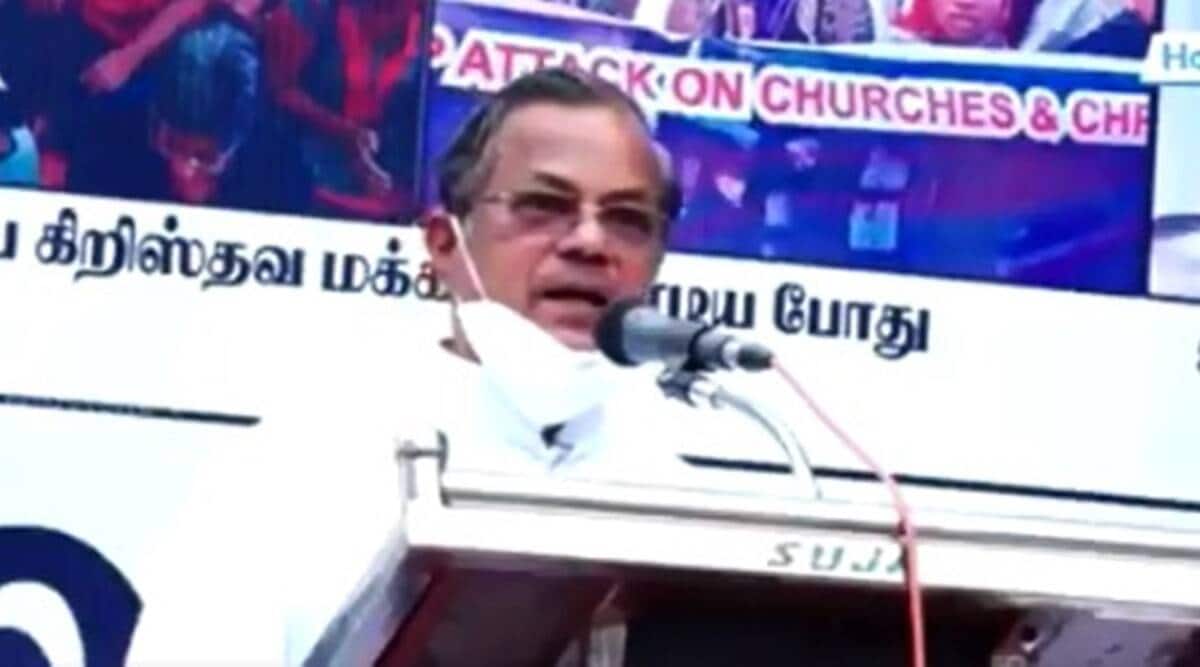 Justice B Pugalendhi granted bail after Ponniah’s advocate submitted an affidavit undertaking that the priest would not make such statements against religious and political leaders in the future. He also said that the petitioner has heart problems and is taking treatment. The counsel added that the priest is prepared to stay away from the Kanniyakumari district.

While granting the bail, the Justice said the priest should stay at Trichy and report before the Thillai Nagar Police station daily until further orders.

On July 18, during a meeting convened to pay homage to late activist Fr Stan Swamy in Arumanai town, Ponniah had delivered a speech that created a stir on social media. Many Hindu organisations condemned his remarks and demanded his arrest. Over 30 complaints were filed in several cities in the state.

In this speech, Ponniah had claimed that the Tamil Nadu minority welfare ministry and the minority commission were preventing minorities from conducting prayer meetings. He had slammed DMK leaders PK Sekar Babu and T Mano Thangaaj, among others, for “acting in favour” of the Hindu community. Taking aim at an MLA who avoids wearing slippers “out of respect to Bharat Mata”, Ponniah had purportedly said, “We wear slippers to make sure we don’t get our feet dirty and to avoid getting any disease from Bharat Mata.”

A few days later, he had apologised, also claiming that the videos going viral had been edited. “By watching the edited video, many people have misconstrued that I spoke against Hindu religion and beliefs. I and the people who spoke at the meeting never said anything on those lines. If at all our speech hurt the sentiments of my Hindu brothers and sisters, I wholeheartedly apologise. I would like to say that even in the future, I will never pass such comments,” he had said.

Ponniah was arrested on July 24. He was booked for promoting enmity between different religious groups under the IPC and under the Epidemic Diseases Act for holding a meeting amid the pandemic.

Preity Zinta on 15 years of Kabhi Alvida Naa Kehna: ‘Karan Johar told me if this film worked, divorce would be in’