Watch: Sasikala breaks down on first visit to Jaya memorial since release from prison

In March this year, Sasikala, who was expelled as general secretary of the AIADMK, said that she will "stay away from politics and public life”. 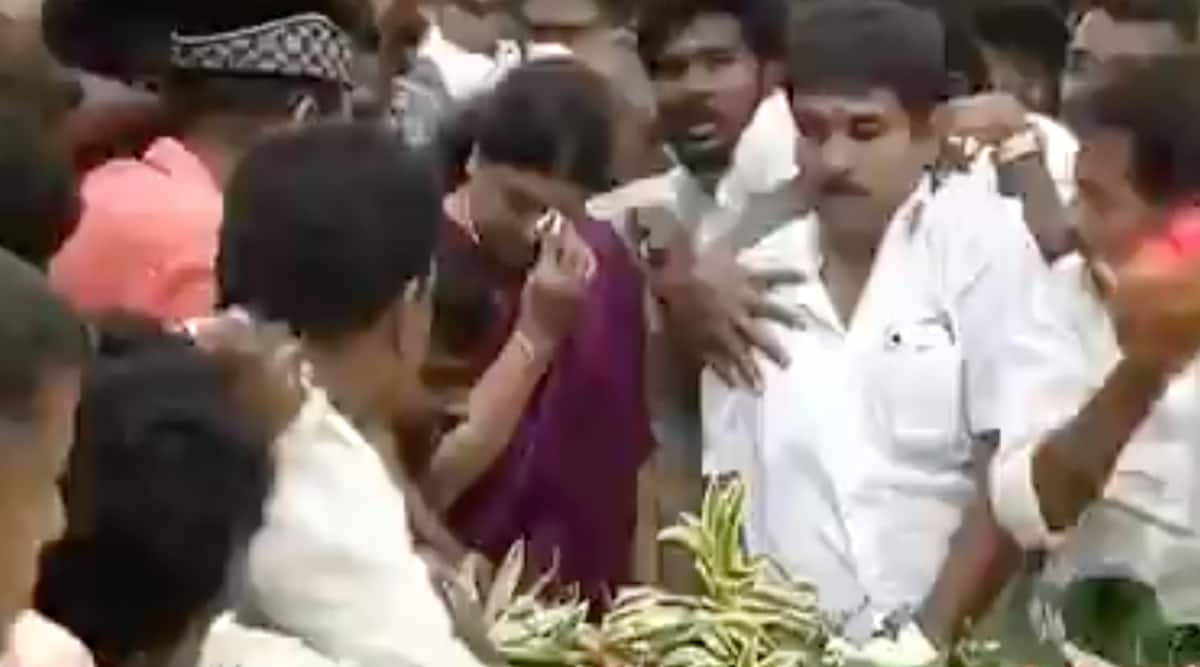 A day ahead of the 50th founding day of the AIADMK, a teary-eyed Sasikala was seen paying tribute to former Tamil Nadu Chief Minister J Jayalalithaa in Chennai. This was Sasikala’s first visit to the memorial since she was released from the Parappana Agrahara prison in Bengaluru in January, after serving a four-year jail term in a disproportionate assets case.

In March this year, Sasikala, who was expelled as general secretary of the AIADMK, said that she will “stay away from politics and public life”. On Saturday, she paid floral tributes at the memorial of AIADMK leaders Jayalalithaa and M G Ramachandran, both former presidents of the party

The visit comes days after AIADMK was defeated in the rural local body poll elections. The ruling DMK swept the polls held in the nine reconstituted districts, including Kanchipuram, relegating the AIADMK to a distant second position. Of the total 153 district panchayat wards, the DMK and AIADMK bagged 139 and two seats, respectively. Of the 1,421 panchayat union wards, the DMK and AIADMK won 977 and 212 seats, respectively.

When a 16-year-old Hema Malini became Bollywood’s ‘Dream Girl,’ how she lived up to the title