Chief Wildlife Warden Shekhar Kumar Niraj said that the operation was being carried out safely keeping in mind both the safety of the animal as well as personnel involved. 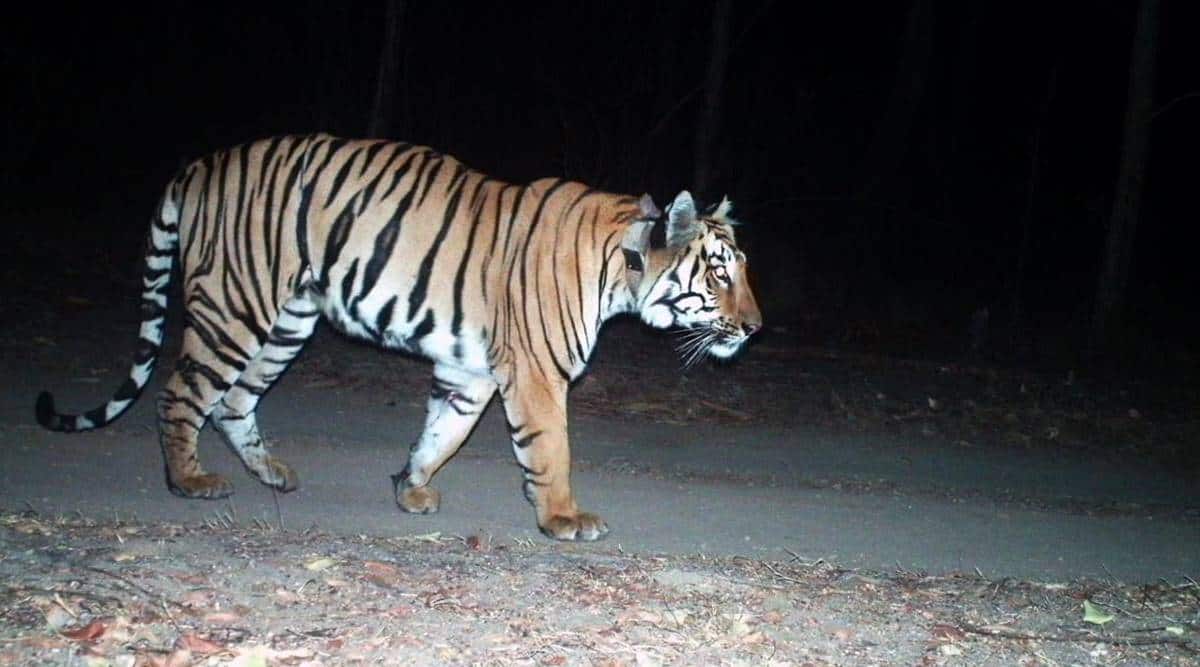 The operation to capture and track down a suspected man-eater Tiger T-23, enters its 12th day in Mudumalai tiger reserve near Ooty. (Representational)

As operations are underway to capture and track down the ‘T23’ tiger in Mudumalai tiger reserve near Ooty, Chief Wildlife Warden Shekhar Kumar Niraj Wednesday said that the officials were working on strategies based on scientific evidence, including following the pug marks and movement patterns of the animal.

Speaking to the reporters at the Mudumalai Tiger Reserve (MTR) in Masinagudi, Niraj said, “We are tracking the movement of the tiger and there are chances of the tiger hiding in the Singara forest and the plan is to capture it using a tranquilliser gun.” “The plan is to increase the cover of camera traps and engage tribals in grazing cattle to attract the tiger,” he added.

“We have collected a lot of data and evidence including the sign of the tiger and we have formed different teams to track it,” he said.

Niraj said that the operation was being carried out safely keeping in mind both the safety of the animal as well as the personnel involved.The search is aided by drones and camera traps installed at the extended search area in Masinagudi and Singara.

From Sunday, two trained elephants were brought to Mudumalai area to help the forest officials in their efforts to track the tiger besides mobilising logistics support from neighbouring Kerala and Karnataka. Around 100 forest officials, guards and volunteers have been engaged in the search operation for the past 12 days.

The efforts to track down tiger T23 in Mudumalai tiger reserve near Ooty has been going on for over 10 days now. The Madras High Court on October 5 directed the state forest department not to kill the animal.

The court was hearing a petition filed by People For Cattle in India, which sought a direction to capture the tiger alive amid reports about an order issued by forest officials to hunt the animal that is believed to have killed three people in areas around the tiger reserve.

The first bench of Chief Justice Sanjib Banerjee and Justice P D Audikesavalu said: “Don’t go for the kill immediately. It may not be a man-eater. It may have been misunderstood.”