The explosion had killed a 25-year-old youth, who allegedly was a terrorist owing allegiance to global terror group ISIS. 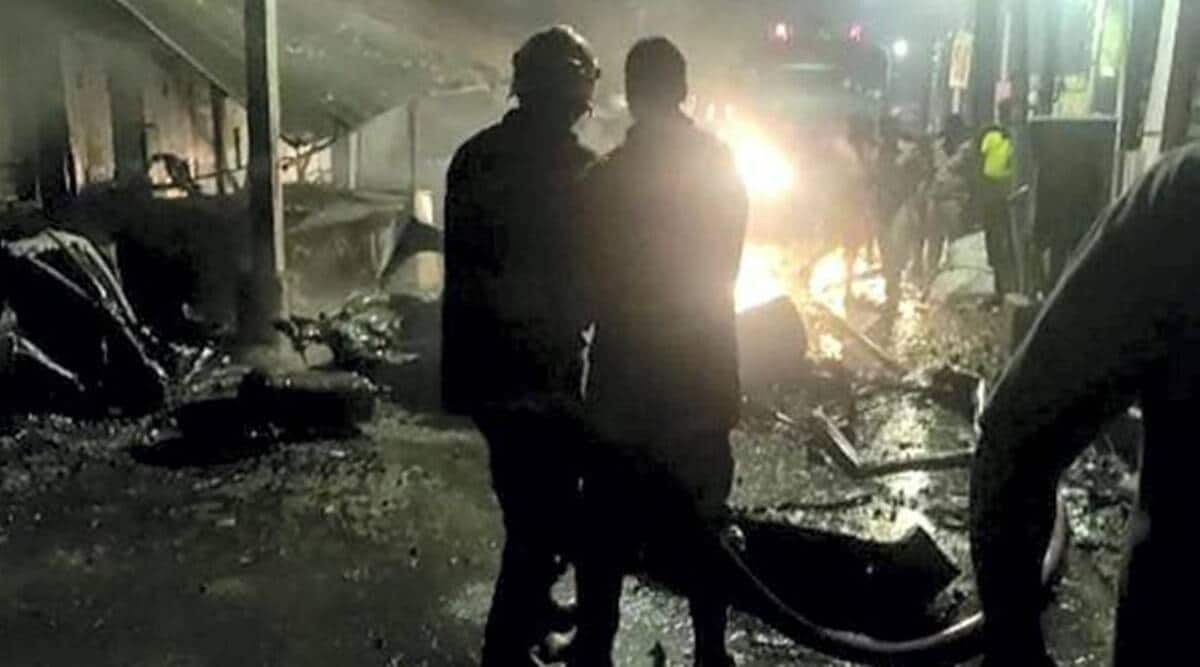 Initially, a case was registered at the Ukkadam Police Station in Coimbatore on October 23 and later re-registered by the National Investigation Agency (NIA) on October 27. (File)

The National Investigation Agency (NIA) on Wednesday arrested three persons in connection with the October 23 blast that took place near Kottai Eswaran Temple in Ukkadam area of Coimbatore. The explosion had killed a 25-year-old youth, who allegedly was a terrorist owing allegiance to global terror group ISIS.

The blast in the car laden with explosives on Diwali killed its occupant. A case was registered at the Ukkadam police station on October 23, and later re-registered by the NIA on October 27. “Umar Faaruq (39) alias K Srinivasan of Nilgiris district, Mohammed Thoufeek (25), and Ferose Khan (28) of Coimbatore were arrested for their involvement in the October 23 explosion,” an NIA spokesperson said.

In Premium |Jamesha Mubeen, killed in Coimbatore blast, ‘self-radicalised’, was ‘on way to target’

“After preliminary investigations, it has emerged that the deceased accused, Jamesha Mubeen, after taking bayath (oath of allegiance) to the ISIS, planned to carry out a suicide attack and cause extensive damage to symbols and monuments of a particular religious faith and with the intention to strike terror among people,” the spokesperson said.

“Investigations have revealed that Faaruq and Khan were part of the conspiracy meetings attended by Mubeen at Farooq’s residence in Nilgiris district. The accused also provided support to Mubeen . Thoufeek was in possession of incriminating literature and books connected to radical Islam and also had handwritten notes on preparation of explosives,” the spokesperson said.

Subscriber Only Stories
View All
ExplainSpeaking: How to evaluate a Union Budget
Mahesh Vyas writes: Why the job shortage is for real
Delhi confidential: Focus On Projects
Gandhi to Tagore: At old St Stephen’s campus, a glimpse into remnants of ...
Apply New Year promo code SD25
© The Indian Express (P) Ltd
First published on: 07-12-2022 at 19:16 IST
Next Story