While all persons are entitled to freely practice religion, such freedoms can be subject to regulations inside the premises of a temple, the Madras High Court said. 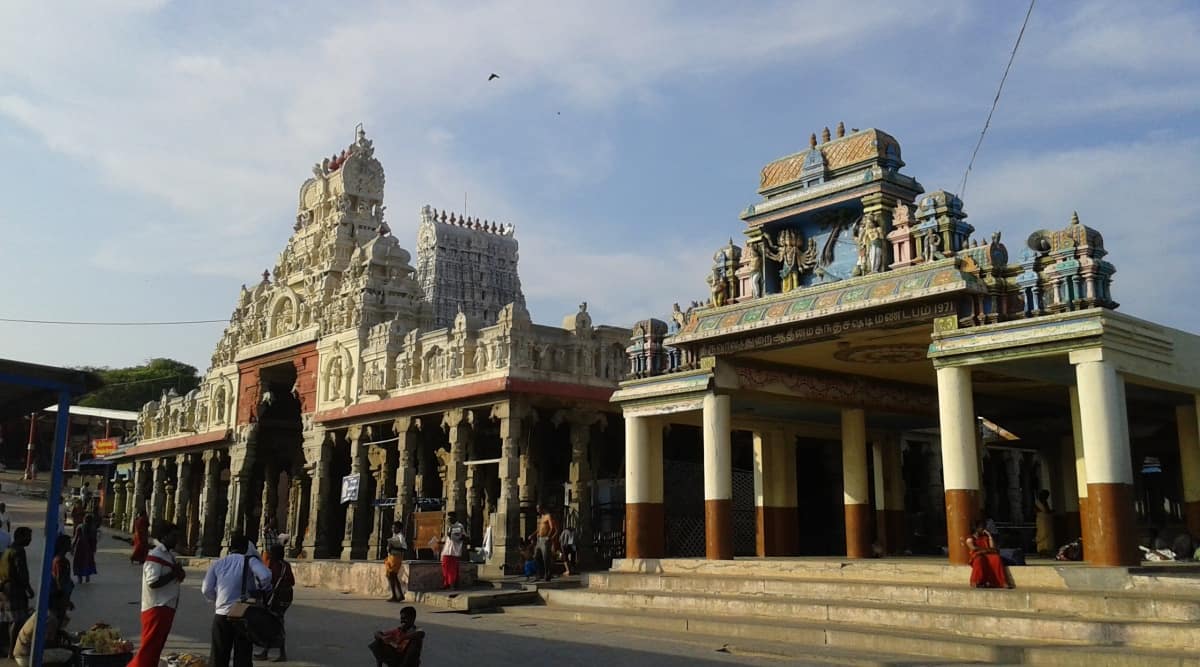 The petitioner said the Subramaniya Swamy temple was an ancient temple, and Agama rules (which prohibit the use of cameras to record or shoot photos of the deities) played a vital role in the worship and administration of the temple. (Source: Wikimedia Commons)

In order to maintain the “sanctity and purity” of places of worship, the Madurai bench of the Madras High Court on Friday directed the Tamil Nadu government to ban the use of mobile phones in temples across the state. A division bench of Justices R Mahadevan and J Sathya Narayana Prasad noted that a similar ban is successfully in force in other temples across the country to “prevent nuisance to devotees”.

The court passed the order while disposing of a Public Interest Litigation (PIL) filed by M Seetharaman, who sought direction to prohibit mobile phones inside the Subramaniya Swamy Temple at Tiruchendur in Tuticorin district. In his petition, Seetharaman said devotees were taking photographs of the idols and pujas using their phones.

The petitioner said the Subramaniya Swamy temple was an ancient temple, and Agama rules (which prohibit the use of cameras to record or shoot photos of the deities) played a vital role in the worship and administration of the temple. The temple staff face hardship as a result, he said, adding that the use of mobile phones endangers the security of the temple and its valuables. He also expressed apprehension that there are “probable opportunities for taking photographs of women devotees, without their consent, which will be misused.”

In its order, the court said, “… it is pertinent to note that temples are great institutions and they have traditionally been central to every one’s life. It is not only a place of worship but also integral to the socio-cultural and economic life of people. It is a living tradition that still draws hundreds of thousands of devotees seeking to experience divinity and spirituality offered by the temple. The systems and structures which support this experience, make a temple to have its own management needs.”

The judges observed that there cannot be any dispute that under Article 25 of the Constitution, all persons are entitled to freely profess, practice and propagate religion. However, such freedom to act and practice can be subject to regulations inside the premises of the temple, the judges said.

“The Agamas prescribe the rules regarding the rituals to be followed in the worship services at the temple. According to the same, the temple authorities should ensure that decency of worship and sanctity of temple is maintained,” the bench said.

According to the rules of the Tamil Nadu Temple Entry Authorization Act, 1947, trustees or any authority in-charge of the temple can make regulations for the maintenance of order and decorum on the premises. At the same time, the rules provide that the regulations should not be prejudiced to the rights and facilities which worshippers had generally exercised.

In its order, the court cited the ban on mobile phones in the Sri Krishna temple in Guruvayur, Meenakshi Sundareswarar temple in Madurai, and Sri Venkateswara temple in Tirupati. There are separate security counters in each of these temples to deposit mobile phones before entering the premises.

The judges directed the Commissioner of the Hindu Religious and Charitable Endowments Department to comply with the directions in all the temples in Tamil Nadu.