The four villages are among the 15 situated inside Anamalai Tiger Reserve in the Udumalpet range of the Tiruppur Division. 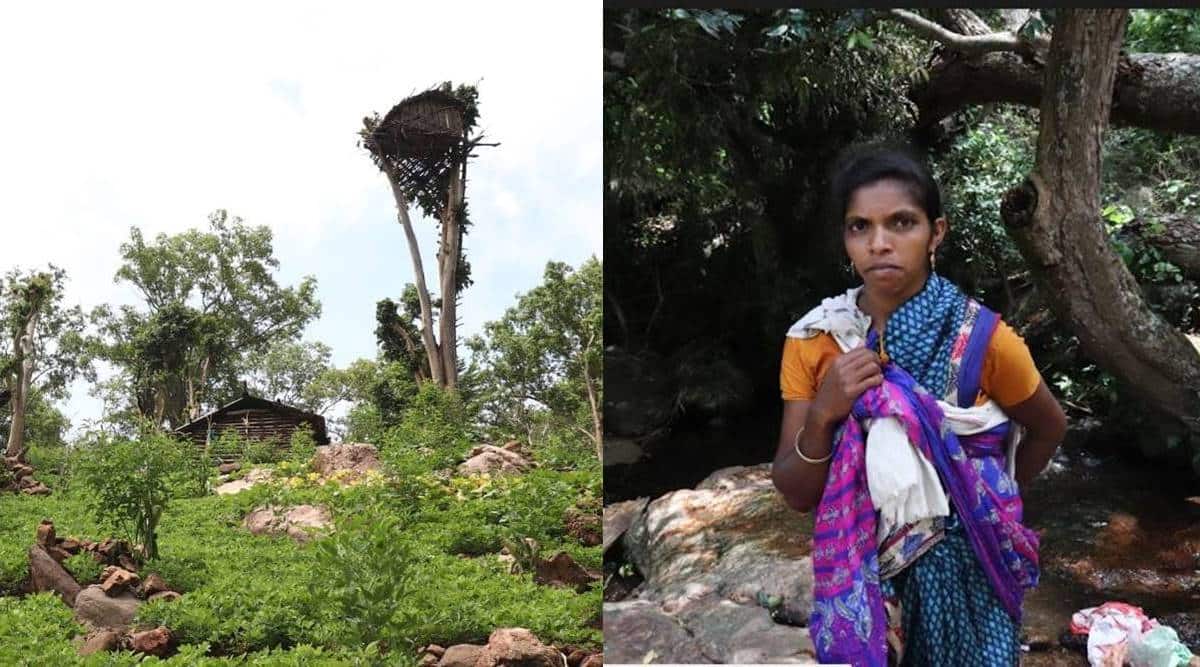 Amid a third wave of Covid-19, while campaigns for the urban local body polls in Tamil Nadu have been wrapped up by Thursday evening and parties have turned off the speakers, for four tribal hamlets in the Anamalai Tiger Reserve, there seems to be no end to the celebrations as for the first time, the people of these villages will cast their votes for the urban local body polls.

Although the residents of these villages — Thirumoorthi Malai, Kurumalai, Melkurumalai and Poochikottamparai — have cast their votes in the general elections and the Assembly polls, due to issues related to setting up polling booths, the people had to travel to the nearest cities and towns and were kept away from exercising adult franchise for the urban local body polls.

The four villages are among the 15 situated inside Anamalai Tiger Reserve in the Udumalpet range of the Tiruppur Division. In December 2021, the state government increased the number of wards in Dhali town panchayat in Tiruppur district from 15 to 17. After a public hearing, the delimitation commission attached the four settlements with the Dhali Town Panchayat.

Manikandan, the state committee member of Tamil Nadu Hill Tribes Association and a resident of Thirumoorthi Malai tribal settlement, said, “Since 2018 our demand for local governance has gone unheard. Our hamlets are far away from the mainland, situated inside the reserved forests. Due to this reason, officials told us that conducting the local body election in our area will be difficult. But now we are really happy. Villagers from four settlements will vote in this urban civic body polls. The remaining 11 settlements are classified as rural wards. They will cast their votes in the next local body elections.”

A resident of Kurumalai said, “Here, people are celebrating it (voting) as a festival. Our longest demand has turned into a reality now and this election will help us have better infrastructure and basic facilities like roads, community halls, schools and many other amenities which are denied to us due to our location.”

During the campaigns, CPM candidate Selvam promised to build roads. When The Indian Express tried to contact Selvam, he was not available at his residence. His wife Kannammal, who picked the call, said, “All our school-going kids have returned from the residential schools due to the pandemic. Their classmates are living in the network-accessible areas where they seamlessly attended online classes but our children are not that privileged.”

She added, “The network always fluctuates and our people have to walk 2 to 3 km to communicate with the outside world. So, our first promise is to bring cellphone towers to the hilly area. My husband has also promised the voters to bring Tamil Nadu’s CMSPGHS (Chief Minister Solar Powered Green House) scheme. We are hoping that it will help us feel safe during the southwest monsoons and the harsh winters.”

She further said, “Under the Forest Rights Act, he promised to get homestead patta and community land patta for our people. This is one of the prominent promises that CPM has given to our village people ahead of the urban local body polls.”

In Thirumoorthy Malai, ward number 17, the Malai Pulaiyar community people live in 110 houses. Approximately, 234 voters will cast their votes Saturday and CPM, AIADMK, and BJP have fielded their candidates from this ward.

AIADMK candidate in this ward Kuppathal (39) said, “My family members were very supportive when I told them about my wish to contest the election. I don’t make exclusive or impossible promises to my people. I will act as a middleman. I will bring the government schemes and plans that the ruling party announces for us. I think this effort is enough to make us live a better life.”

CPM candidate, 30-year-old Vaneeshwari, said, “This is a rare opportunity for us and I want to make the best out of it for our people. The rival candidates are from the same village, so I can say that there is no tough fight between us. All of us are focusing on the betterment of the village. I have promised my people that I would bring better road connections. We have one tarmac that connects our village to Udumalpet but there is no interconnectivity between the streets. It would be my first priority to have cement roads to connect the streets. Our houses are in bad shape. So, I’ll focus on getting the CMSPGHS scheme.”

The Hill Pulayas or Malai Pulayar were originally identified as an ST community. The 1976 SC/ST Amendment Act removed their tribal status and notified the community as a Scheduled Caste in Tamil Nadu. But in the neighbouring state of Kerala, they have been classified as ST.

Hill Pulayas are tirelessly demanding the state government to grant them ST status. Vaneeshwari said she will also focus on this issue if she gets elected by the people.

Meanwhile, the BJP candidate was not available for a comment.

Saturday, Tamil Nadu will cast its votes for the urban civic body polls and choose candidates for the 12,826 posts across 21 corporations, 138 municipalities and 490 town panchayats.