Opening liquor shops again was like clearing a "big way" for the spread of the virus in Tamil Nadu's capital, DMK chief Stalin alleged in a Facebook post. 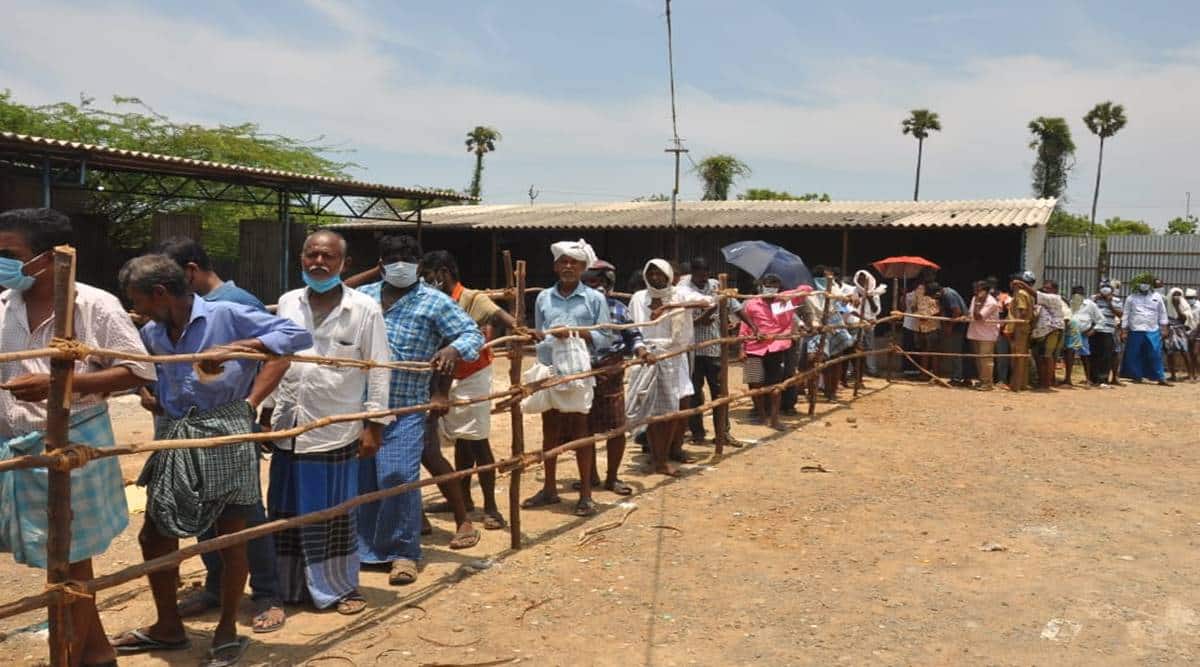 TASMACs in Chennai will reopen on Tuesday for the first time since the lockdown.

DMK president M K Stalin on Monday urged the Tamil Nadu government not to open TASMAC retail liquor outlets in Chennai from August 18, saying it would lead to further spread of coronavirus.

It was “inhuman to not worry about those who may be affected by the opening of liquor stores and be concerned only about the revenue to the government,” he alleged, and said the move to resume liquor sales would lead to further spread of coronavirus in the city.

TASMAC outlets in Chennai are to reopen from Tuesday from 10 am to 7 pm. Sales will be limited to 500 customers a day, with 500 tokens to be distributed everyday at each outlet. TASMAC outlets present inside malls and containment zones will continue to remain closed.

Singer S P Balasubrahmanyam, who is battling COVID-19, remains critical and is on life support, said a statement from MGM Healthcare, the hospital where the singer is undergoing treatment in Chennai on Monday.

“Thiru S P Balasubrahmanyam, who had been admitted at MGM Healthcare due to COVID-19, continues to be on life support in the Intensive Care Unit (ICU). His condition remains critical. The expert medical team treating him is closely monitoring his vital parameters,” a bulletin issued by hospital Assistant Director (Medical Services) Dr Anuradha Baskaran said.

READ | P Charan on SP Balasubrahmanyam’s health: There are no complications

Earlier in the day, the singer’s son and filmmaker S P Charan, in a video message, said: “Dad is in the same condition as he was yesterday, which is stable. Doctors are still calling it critical, but there are no complications, which they feel is a very good sign.”

“Dad is in the same condition as he was yesterday which is stable. There are no complications, doctors feel that it is a very good sign. Thank you all for your prayers and wishes, let’s keep it going.” #SPBalasubramanyam @IndianExpress pic.twitter.com/8d1tXserDn

After thanking everyone for their support and love, SP Charan said he is positive that his father will emerge victorious in this battle against the virus. “He will definitely come through it,” Charan added.

With S P Balasubrahmanyam continuing to remain in a critical condition in the ICU, a host of people, including DMK president M K Stalin and top actor Rajinikanth, wished him a speedy recovery even as his lakhs of fans continued to pray for him.

Stalin said in a Facebook post: “The news that Padum Nila (singing moon) S P Balasubrahmanyam’s health is improving gives joy.” The DMK chief also hailed the veteran singer as one who “treated” the people for their worries through his heartwarming voice. “He should fully recover soon and continue his journey of songs.”

READ | Rajinikanth on SP Balasubrahmanyam: Happy to hear he is out of danger

Actor-turned-politician Rajinikanth wished Balasubrahmanyam well on his Twitter account, saying, “Get well soon dear Balu sir.” The superstar also posted a short video in which he praised the singer for entertaining people for decades.

In the video, Rajinikanth said, “For over 50 years, SPB has sung in many languages of India and has enthralled millions of people. He is being treated for coronavirus. I am happy to hear that he is now out of danger. I pray to the almighty for his speedy recovery.”

A total of 490 fever clinics were conducted in Chennai on Monday, with 24,273 people visiting. As many as 1,514 people with ILI symptoms were identified and tested for COVID-19, while medicines were provided for those with minor illnesses.

490 Fever clinics were conducted in Chennai today. 24,273 people attended the clinics and 1,514 symptomatic patients were identified & tested for COVID-19 and others given medicines for minor ailments.#Covid19Chennai#GCC #Chennai#chennaicorporation pic.twitter.com/MCXtSK7z3V

Tamil Nadu reported 120 deaths due to Covid-19 on Monday, the highest spike in a single day till date. The total number of fatalities have reached 5,886.

As many as 5,890 persons tested positive on Monday, taking the total number of cases to 3,43,945. The list included 20 returnees from other countries and states.

After a total of 5,667 persons were discharged following treatment, the total number of recovered cases has increased to 2,83,937.