According to a police statement, the translation of the 'New Testament' in Tamil was printed in 1715 by Danish Missionary Bartholomaeus Ziegenbalg. 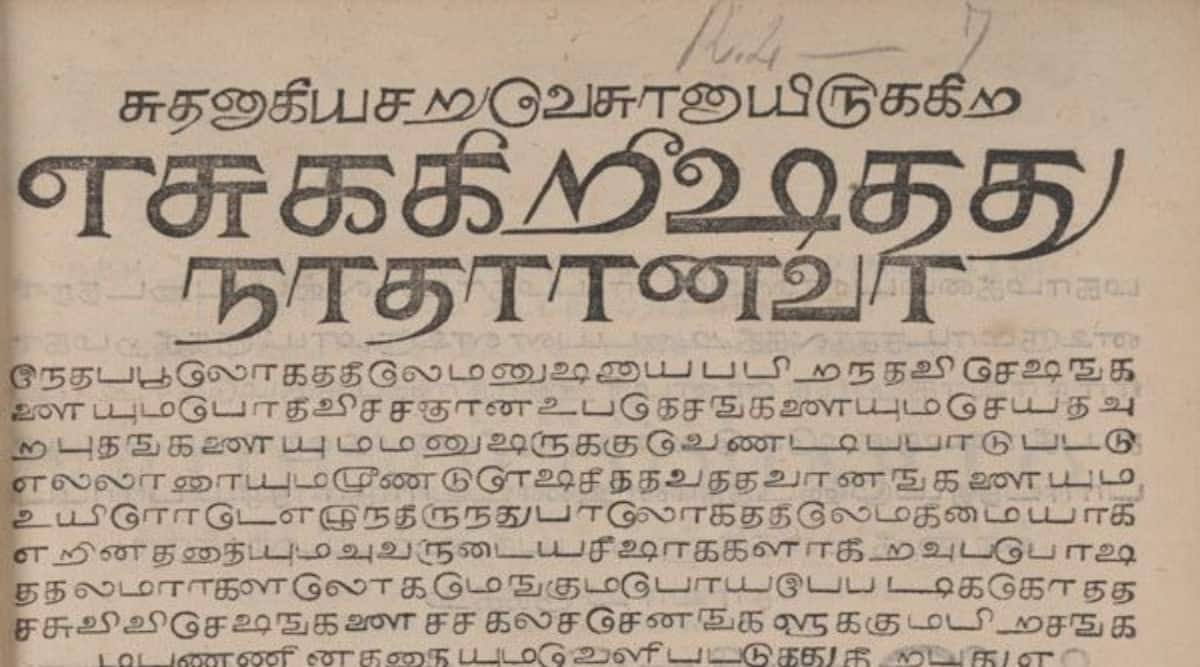 A special team was formed to trace the Bible. (Express photo)

A manuscript, believed to be the first Tamil translation of a Bible, which allegedly went missing from the Saraswathi Mahal Library in Tami Nadu’s Thanjavur district, has been traced by the state’s Idol Wing CID police to the King’s Collection in London.

According to a police statement, the translation of the ‘New Testament’ in Tamil was printed in 1715 by Danish Missionary Bartholomaeus Ziegenbalg.

Born in 1682, Bartholomaeus had arrived in Tranquebar (anglicised form of Tharangambadi), a tiny Danish Colony on the east coast, close to Nagapattinam in Tamil Nadu. He had set up a printing press and published studies of Tamil language and Indian religion and culture. He later died in 1719 at the age of 37 leaving a Tamil translation of the New Testament and Genesis through Ruth, many brief writings in Tamil, two church buildings, the seminary and 250 baptised Christians.

The statement noted that there is a strong speculation that another missionary named Schwartz handed over the first copy of the New Testament to Tulaji Rajah Serfogi, the then ruler. After the takeover by the Tamil Nadu government, the antiquarian book became an exhibit at the Saraswathi Mahal Museum for public viewing.

In 2005, the Deputy Administrator of the Serfoji Palace told the Tanjore West police that the antique Bible had been stolen from the library. However, the police had closed the case. Later, based on a complaint in 2017, the Idol wing registered a case under Section 380 (theft in dwelling house, etc) of the IPC and pursued the case. A special team was formed to trace the Bible.

During the course of the search operation, a perusal of the visitors’ register revealed that a group of foreigners had visited the museum in 2005. The wing noted that these visitors had come to India to attend a function to commemorate Bartholomaeus Ziegenbalg.

The officers then browsed through several antique collection websites and stumbled upon the collection of George III which included thousands of printed books, manuscripts and pamphlets. Among the books, the investigators discovered the missing Bible that was printed in the 17th century with the signature of Rajah Serfogi of Tanjore on the King’s website.

“The Idol wing hopes to retrieve the Bible and restore it to the Saraswathi Mahal Library under the UNESCO treaty soon,” a statement noted.