Jamesha Mubeen, killed in Coimbatore blast, ‘self-radicalised’, was ‘on way to target’

Wrote about other Gods in diary; slate with ISIS symbol among items seized 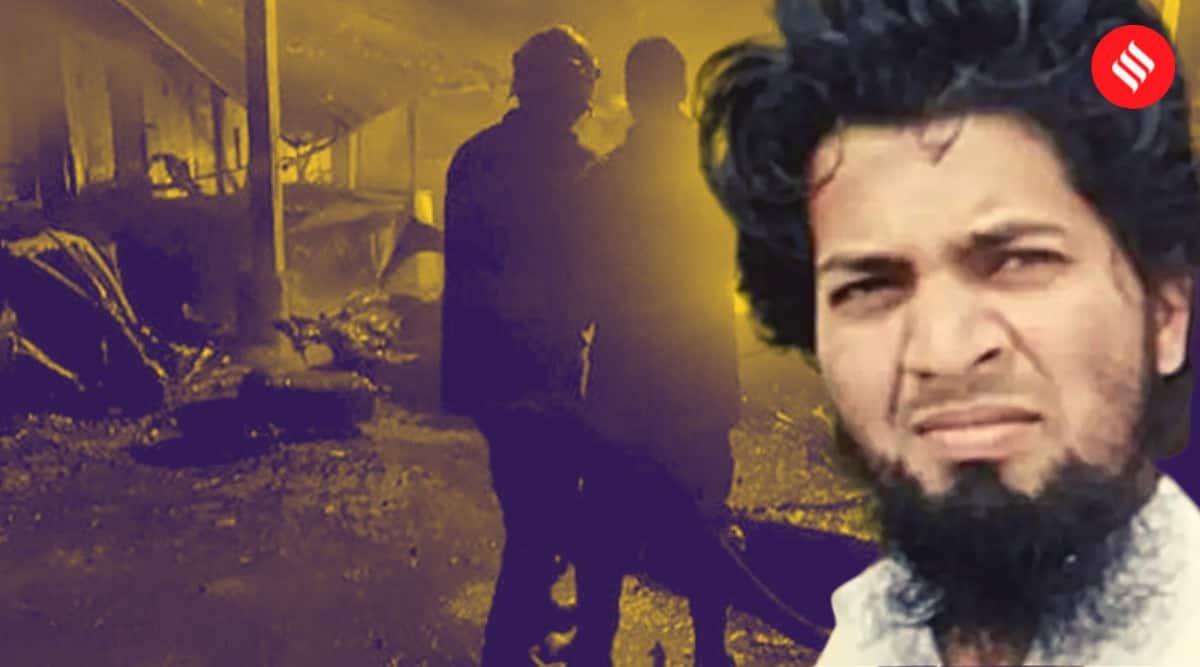 Jamesha Mubin was questioned by NIA in 2019

A flowchart with names of Gods from other religions, entries on the Citizenship (Amendment) Act, the hijab row in Karnataka, and notes on Muslims as “second-class citizens” — these are among the handwritten entries in Tamil in at least four diaries recovered by the Tamil Nadu police from the home of Jamesha Mubeen, who died in the Coimbatore car blast last week.

Mubeen, a 29-year-old engineering graduate, was killed when his car, loaded with two gas cylinders, exploded near a temple in Coimbatore. Police have so far arrested six people in the case, including his alleged associates, Muhammed Azharuddin and K Afsar Khan. On Thursday, the Centre, on the recommendation of the state government, handed over the case to the National Investigation Agency (NIA), which filed an FIR on Friday.

Talking to The Sunday Express, senior investigators attached to the Tamil Nadu police, who are in the process of officially handing over the probe to the NIA, said their investigation has revealed some of the key aspects of the case.

According to a top source who is aware of evidence recovered during the investigation, the diaries were allegedly part of the literature, including books and reading materials, recovered from Mubeen’s home in Ukkadam, a locality in Coimbatore.

“Mubeen’s diary entries largely reveal his take on other religions, particularly Hinduism and Christianity. He had cited the names of Gods of those religions, and depicted them on a handwritten flowchart with arrows connecting one to another. Incidents such as CAA, the hijab row, restrictions on food, and killings over beef were mentioned as problems faced by Indian Muslims, who, he wrote, were becoming second-class citizens. He also wondered how these problems could be overcome,” the source said, adding that the religious literature were all in Tamil.

Speaking to The Sunday Express, Coimbatore City Police Commissioner V Balakrishnan said Mubeen’s alleged associates Azharuddin and Afsar, who are among the six people arrested in the case, had during questioning admitted that he would often express his views about the alleged “oppression” faced by Muslims.

“Majority of the books and notes found in his Ukkadam home were about bomb-making, jihad, and his apparent lack of objectivity regarding other religions. According to two of the accused whom we questioned, Mubeen used to express his opinion about Indian Muslims and how they are oppressed,” Balakrishnan said, adding that their probe has so far revealed that Mubeen was “self-radicalised”, his allegedly radical opinion was mostly derived from books and the Internet, and that he had no sophisticated bomb-making skills.

Talking about the blast that Mubeen was allegedly involved in, Balakrishnan said, “On Saturday night (October 22), around 11.25 pm, after loading the gas cylinders and other materials into his car, Mubeen drove to a nearby road and parked there for few hours before he started the final journey before the blast. We believe he was on his way to a target, which is not known yet, and detonated himself outside the temple when he saw a police checkpost nearby. Azharuddin and Afsar have not revealed any details about Mubeen’s target.”

A crucial piece of evidence that the police recovered from Mubeen’s house was a slate with a green frame with an ISIS symbol drawn on it. “So far, there is no evidence of him getting help from outside. But our questioning of others has revealed that Mubeen had high regard for Zahran Hashim (the main suicide bomber behind the Easter Sunday blasts in Sri Lanka), a self-radicalised attacker who killed over 200 people,” said an officer who is part of the probe.

Saying Mubeen married a hearing and speech impaired woman “as part of the spirit of sacrifice instilled by his faith”, the officer said, “He sent his wife and two children to her home only four days before the blast. Hours before the blast, he loaded the materials into his new Maruti 800 car, which he parked near Afsar’s residence. He then returned home around 1am to change and went back,” he said.