Chennai, the Detroit of India turns, 380; residents celebrate with heritage walks and music

From Madrasapattinam to Madras and now Chennai, the city has come a long way. This August 22nd, the Detroit of India will be celebrating its 380th birthday. 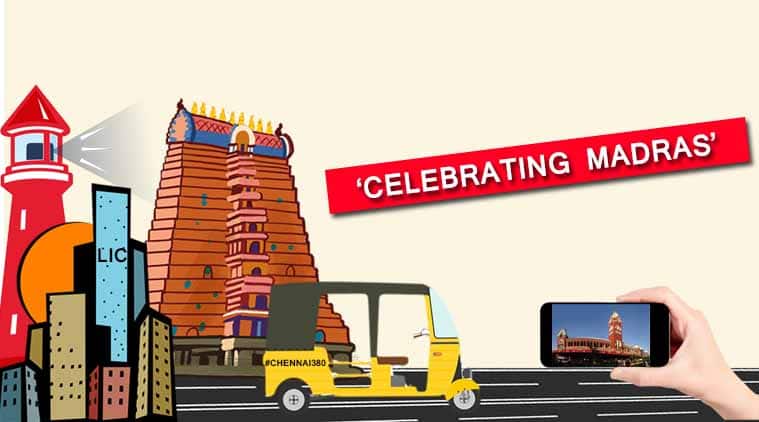 From Madarasapattinam to Madras and now Chennai, the city has come a long way.

It’s that time of the year. What started as a one-day event panned out into a month-long celebration to involve more people. From Madarasapattinam to Madras and now Chennai, the city has come a long way. This August 22, the Detroit of India will be celebrating its 380th birthday.

To cherish this wonderful city, which is a perfect blend of modernisation meeting old tradition, every year since 2004, the chronicler of Madras late S Muttiah, Journalist Sashi Nayar and publisher Vincent D’ Souza had been organising this event. A total of 100 plus programs have been planned for this year’s festival that goes on till the month-end. The events include, heritage walk, film screenings, photo exhibition, food walks, quiz, panel discussions across the city.

Veteran Journalist Vincent D’Souza says there are no organisers but only catalysts for the event. “The idea of organising an event like this was thrown by Mr. Muttiah and we made it to the reality. Initially, we took the pains to motivate a couple of people who would definitely hold some events. Now, there are plenty of organizations that are interested in taking part in these events. We encourage people and tell them to host their events with more focus on the city. The event is voluntary in nature; people or groups decide their program and make arrangements themselves. It’s an opportunity for them to celebrate this city,” he said.

Vincent also added that they were determined not to add a commercial flavour to the event since its inception. “We would like to keep the spirit of the event this way. Whatever we had been doing all these years has generated a great amount of interest amongst the younger generation. The event has been a platform for many people to showcase their work to hundreds of people, those are the positive signs. The voluntary process will have its patches but we are quite comfortable with that,” he added.

There are a plethora of events lined up for foodies, nature enthusiasts, and quiz masters. The Madras Week, which is celebrated from August 18 till 25 starts with a heritage walk where writer Thamizhmagan will take a tour of the famous film studios in the city like AVM, Prasad, Karapagam, and Vijaya Vahini.

On the same day, a food walk through the oldest villages of Madras like Triplicane, Mylapore, and Pursawalkam will take place. Sridhar Venkatraman, the organiser of the food walk event, says people of all ages are participating in these events. “I hold these food-walks in historical places to give people some familiarity about the area.  There is no age barrier for these events and it’s free. People want to explore different kinds of foods and I’m just guiding them in terms of selecting an area and eateries which is reasonably popular,” he said.

Sridhar, a former IT employee, had been conducting these food-walks for the past seven years. “I am a collector of data. If somebody posts on social media about an interesting food or eatery, I will immediately try to explore that. I don’t pick dine-in joints instead I go for a quick-eat joint. I draw a map and figure out the best way to reach the area. We spend 5-10 minutes at a particular place and move onto the next. I don’t commercialise these walks; I do this as a passion,” he said. Similarly, on August 25, the foodies will get to visit Parsi dwellings in Royapuram where they will be exploring the history and heritage of the Parsi community members and get an opportunity to share breakfast with them. The event will commence at 8 am.

Meanwhile, the second edition of the Vintage Bicycle Exhibition is happening on August 25. Apart from vintage brands like Raleigh, Rudge, BSA, Humber, Paratrooper bicycles which were used during the period of the Second World War, the Pierce bicycle of the 1900s will be on display this time. Varieties of vintage bicycle lamps (oil, kerosene, and candle models), dynamos will also be exhibited.

For history buffs, an exhibition on the military history of Madras will take place at the Madras Literary society on August 21 and 22 between 10:30 am – 4:30 pm. The event will be hosted by author and historian Venkatesh Ramakrishnan.

Dakshina Chitra Museum is hosting the ‘Lineside –Photo exhibition’ event from August 19. In the exhibition, Rail & Town pictures taken by Australian Photographer Ian Manning around 50 years ago around Madras and its suburbs will be on the display. In collaboration with the Australian Consulate-General, the event will be curated by naturalist Poochi Venkat.

Honouring Chennai’s very own comic icon late Crazy Mohan, an event is taking place at Hanu Reddy Residence in Poes Garden on August 21 at 6:30 pm. Crazy Mohan’s brother Maadhu Balaji will be in conversation with film critic Baradwaj Rangan as part of the Chennai Heritage and Madras Musings lecture series. Also, a centenary tribute to veteran actor MN Nambiar will take place at the Hyatt Regency on August 23 between 7:00 – 8:30 pm. Actor and one of the event organisers Mohan Raman will be hosting the event.

If you are a fan of sailing and adventure, Royal Madras Yacht Club located inside the Chennai Harbour is the right place to go.

Established in 1910, the RMYC is one of the foremost sailing clubs in India. The club has produced various International and National medalists over the years. Capt. Vivek Shanbag, the vice commodore of the RMYC will be taking a tour of the harbor, the historically rich sites with experts. The event will take place on August 25 between 6:30- 8:30 am.

Apart from these, there are plenty of other exciting events that are lined up.

Check http://themadrasday.in/ for complete details of the festival.